The Chittagong Hill Tracts Accord has allowed the area to develop 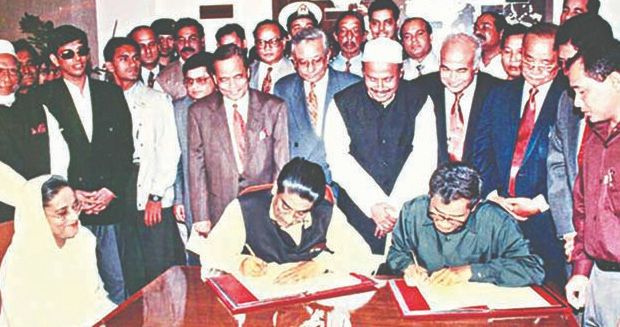 An end to the protracted armed insurgency and a peaceful political solution to the problem without the intervention of any third country or party. This was possible due to the visionary and prudent leadership and political wisdom of the Hon’ble Prime Minister. I had the rare privilege of being present at this historic moment.

The signing of the agreement was widely covered by the world media at that time. Various governments and human rights organizations also congratulated Prime Minister Sheikh Hasina and Chittagong Hill Tracts chief Santu Larma for signing the agreement. As a result of the signing of this agreement, an opportunity has been created to resolve the disputes, conflicts and clashes that have been going on for more than two decades in the Chittagong Hill Tracts. Innocent mountaineers and other Bengalis lost their lives in the mountains.

The efforts to establish peace in the region by deploying military forces were not so easy. The conflict created by the settlement of people brought from the plains in the places where the people of different ethnic groups living in the hilly areas lived and farmed had caused considerable resentment and insecurity among the small ethnic groups.

Bloodshed broke out between natives and settlers over various reasons, including possession of property. As a result, self-defense organizations were formed among the local hill tribes, which later turned into armed conflict, bloodshed and casualties. Jana Sanhati Samiti has long been fighting with the local hill youth in the deep forests to realize their rights through armed means.

Various international groups continue to encourage such organizations to disrupt peace and order within the country. This was going to create long-term danger for a state like Bangladesh. Political parties, socio-cultural and human rights organizations and people who believe in the ideals of independence and liberation war have differed in their views and paths with the previous governments in realizing the fact that peace can never be established by using military force to appease the anger of the hill communities or to destroy the rights of the hill communities. .

All the political parties and people in favor of independence and liberation war were demanding the resolution of the problem through discussion with the people agitating for the establishment of peace in the Chittagong Hill Tracts.

No effective and sincere efforts were undertaken except for some public initiatives in the past. As a result, it was almost impossible for people to live or move freely in the three districts of the Chittagong Hill Tracts. Such an unsettled situation in a large part of Bangladesh not only hindered the overall development and progress, but also the chances of the hill-dwelling people to overcome their socio-economic, political and ethnic backwardness were far-fetched.

Bangabandhu’s six points were one of the mottos of the independence that the people of Bangladesh achieved through the liberation war of 1971, where the basic position of the state towards regional autonomy and ethnic rights was clear. Therefore, the ethnic and linguistic-cultural rights of the hill communities of the Chittagong Hill Tracts are included in the constitution of of Bangladesh.

The goal is ‘no conflict and distance’ between Bengalis and small ethnic groups, creating a peaceful environment through mutual harmony, trust and neighborly behaviour, establishing equal status and rights for all as citizens of Bangladesh. Only then the peace agreement will be able to restore peace and confidence not only in the mountains but in the entire country. In that case, the government and CHT people must be committed to the proper implementation of the peace agreement and the constitution.

After Sheikh Hasina won the election in 1996 and came to power, she took the initiative to solve regional problems in Chittagong Hill Tracts, deputing parliament member Abul Hasnat Abdullah to engage in discussions with public solidarity. Discussion between the two parties, identifying the causes of the problem and establishing a consensus on the solution, took place. Finally, both sides agreed to a peace treaty to resolve the issue in a 72-point declaration. On December 2, 1997, an agreement was officially signed between the government and the People’s Solidarity Association in Khagrachari.

The three hill basins of Rangamati, Khagrachari and Bandarban cover one-tenth of the area of natural beauty of Bangladesh. Here, the tribal people have been living side by side with the Bengali people for a long time, maintaining the identity of their language, culture, religion, tradition and culture. The mountainous region, rich in natural resources, was in a backward and underdeveloped state for a long time before independence.

After achieving the independence of Bangladesh through the great liberation war in 1971, under the leadership of Father of the Nation Bangabandhu Sheikh Mujibur Rahman, the Chittagong Hill Tract region was joining the development process by adopting various practical programmes. but after the killing of Bangabandhu along with his relatives by the anti-liberation war gangs on the night of 15 August 1975, the multi-faceted development plan and development progress of the region was hindered. This deadlock in development lasted for almost two centuries due to the bloody conflict in the Chittagong Hill Tracts.

Then and current Prime Minister of Bangladesh took bold initiatives to establish peace in the hilly areas and improve the fortunes of the people there. In October 1996, an 11-member National Committee for Chittagong Hill Tracts Affairs was formed under the leadership of ruling party Chief Whip Abul Hasanat Abdullah. In December of the same year, the first meeting was held between the government and the Jan Sanhati Samiti (JSS) at the Circuit House in Khagrachari.

Both sides reached a consensus to find the best possible solution to meet the just demands of the tribal people within a centralized system under the constitution while keeping the sovereignty and integrity of Bangladesh intact. Due to the efforts of the Prime Minister, the final compromise was established in the seventh meeting held between the National Committee and the JSS.

On February 10, 1998, in a colorful ceremony at the Khagrachari Stadium, the first batch of Shanti Bahini surrendered its arms to the Prime Minister, led by Santu Larma. The arms surrender programme has four phases. At last, the Peace Corps surrendered its arms. According to the terms of the agreement, on 6 May 1998, the amendment to the Local Government Council Act and the Chittagong Hill Tracts Regional Council Act were passed by the National Parliament.

On 15 July 15 1998, the Ministry of Chittagong Hill Tracts Affairs was established through a gazette notification. Kalparanjan Chakma was appointed Minister and Jyotirindra Bodhipriya Larma (Santhu Larma) was appointed Regional Council Chairman (with status of State Minister). Later three chairmen were appointed in the three hill district councils. Hill District Councils have been given the responsibility of hill area development.

The political, social, cultural and economic rights and socio-economic development of all the citizens of the region have been accelerated. Along with the folk and traditional culture there, mainstream cultural practices are equally prevalent. Bengali New Year is celebrated along with Baisabi festival. Similarly, Eid and Durga Puja are celebrated with great joy. These new conditions of cultural evolution are developing hill culture in different ways.

Although there are some doubts among some hill dwellers about the accord and its implementation, due to it, the tribals have an environment to keep their political, social, economic, cultural rights and ethnic identity intact under the constitution of Bangladesh, as well as to integrate with the national mainstream. on the other hand, the possibility of building prosperity by uniting all the people, whether tribal or Bengali, improves daily.

The goal is ‘no conflict and distance’ between Bengalis and small ethnic groups, creating a peaceful environment through mutual harmony, trust and neighborly behaviour, establishing equal status and rights for all as citizens of Bangladesh. Only then the peace agreement will be able to restore peace and confidence not only in the mountains but in the entire country. In that case, the government and CHT people must be committed to the proper implementation of the peace agreement and the constitution. 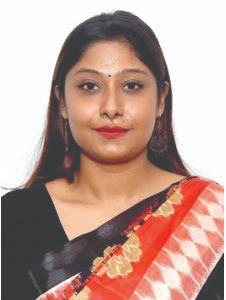 Tillotama Rani Charulata
he writer is a freelance columnist