UN resolution offers a glimmer of hope for Rohingya?

Both the OIC and the EU are on board 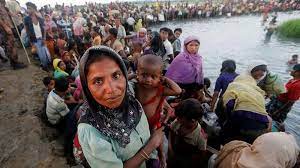 Since the overwhelming exodus of Rohingya refugees to Bangladesh in 2017, the Rohingya problem has gained attention. To continue housing more than 1.1 million refugees in Bangladesh, however, is proving to be an incredibly challenging endeavor given the recent emergence of other national and international challenges.

A ray of light is provided, nonetheless, by the recent Rohingya resolution passed by the UN General Assembly’s Third Committee. The resolution was jointly introduced on November 18 by members of the Organization of Islamic Cooperation (OIC) and the European Union (EU), who all agreed that it was urgent to confront Myanmar’s reprehensible treatment of the Rohingya people and other minorities.

This is good news since, as up until now, the international community has not taken sufficient action to relieve the pressure on Bangladesh and to prevent Myanmar from abdicating its responsibility to its citizens.

The resolution is simply the first of several that must be taken to make sure that the Myanmar government creates a secure environment for the Rohingya refugees to return to; it does not, however, guarantee that the repatriation process for those refugees would be accelerated.

It is crucial that the resolution be turned into rapid action because the UN and humanitarian aid groups both have vital roles to play in this situation.

The perpetrators of the crimes against the Rohingya population can finally be brought to justice with the assistance of the international community. Making sure that the refugees can finally and safely return home requires that we approach this catastrophe with the urgency that it demands.

While Bangladesh’s attempts to host the refugees demonstrate a level of generosity that the rest of the world has yet to demonstrate, it is time for the international community to take action to share the burden that isn’t ours to bear.

The Bangladeshi government has made numerous attempts to reach a deal with Myanmar and to solicit support from the international community for the safe and long-term repatriation of the Rohingya refugees.

The human rights situation of Rohingya Muslims and other minority communities in Myanmar was also raised in the resolution adopted by the third committee of the General Assembly.

The Permanent Mission of Bangladesh to the United Nations said in a statement that the OIC and the EU jointly presented the proposal. One hundred and nine countries co-sponsored the resolution, the highest since 2017.

In that proposal, it was said the current political situation in Myanmar has worsened the human rights situation of Rohingya Muslims and other minority communities there

In addition to finding the root cause of the Rohingya problem, the resolution called on Myanmar to fully cooperate with all UN human rights bodies, including the UN Secretary General’s Special Envoy to Myanmar, to create an environment suitable for the voluntary, safe and sustainable return of the Rohingya to Rakhine State.

The statement added, “It commends Bangladesh’s continued cooperation with the ICC, IIMM and other accountability mechanisms to ensure justice and accountability for human rights violations against the Rohingya.”

This year’s resolution also called on UN member states to continue humanitarian assistance for the Rohingyas in Bangladesh under the principle of ‘Responsibility and Burden Sharing’.

When the proposal was accepted in the General Assembly, the charge d’affaires of Bangladesh. Manowar Hossain said, “The Rohingya sheltering in camps in Bangladesh until their return deserve the solidarity of the international community. Adequate funding is needed to implement this humanitarian response process.”

Highlighting the problem of the Rohingya’s long standing in Bangladesh, Manowar said, “We sheltered the Rohingya fleeing from Myanmar due to humanitarian considerations, the displaced people always have the desire to return to Myanmar. Bangladesh is bilateral and multilateral in creating an environment suitable for the safe and voluntary return of the Rohingya to Myanmar. Front has undertaken multifaceted diplomatic efforts to create an environment conducive to safe and voluntary return to Myanmar.”

In addition, the important role of regional countries and organizations such as ASEAN in the development of Myanmar’s political and human rights situation has been highlighted. Special emphasis is placed on the speedy implementation of the five-point recommendations adopted unanimously by ASEAN.The UN General Assembly unanimously passed a resolution on the ‘Human Rights Situation of Rohingya Muslims and Other Minorities in Myanmar’. It also recognized Bangladesh’s humanitarian efforts for the Rohingya. This is definitely good news.

The proposal seeks to find the root cause of the Rohingya problem as well as create an environment conducive to the voluntary, safe and sustainable return of the Rohingya to Myanmar’s Rakhine State. In this regard, Myanmar has been called upon to fully cooperate with all human rights organizations of the United Nations, including the Special Envoy of the UN Secretary General in Myanmar.

It is hoped that the international community will be more alert and aware of the Rohingya issue at the United Nations. It can be said that the task of repatriating Rohingyas will be relatively easy if such a proposal is unanimously accepted by the Security Council in the future. The main question is whether the Rohingyas sheltered in Bangladesh will be able to return to their homeland. As long as this goal is not achieved, there will be no relief for Bangladesh.

Despite being overpopulated and plagued by socio-economic problems, Bangladesh has given shelter to the displaced Rohingya fleeing from Myanmar on humanitarian grounds. But this humanitarian step has become a burden for Bangladesh now. Rohingyas coming to this country has created a multidimensional crisis. The environment of Cox’s Bazar area has become polluted. Population density has increased.

Rohingyas are involved in various criminal activities including drug smuggling and are worsening the law and order situation in the country. This situation is not only a threat to Bangladesh’s internal security but also to regional security. In this reality, an acceptable solution to the Rohingya crisis has become very important. And this solution can be done only through repatriation of Rohingyas to their homeland.

Dr Arpita
The writer is a freelance columnist