When competition is unhealthy, everyone loses 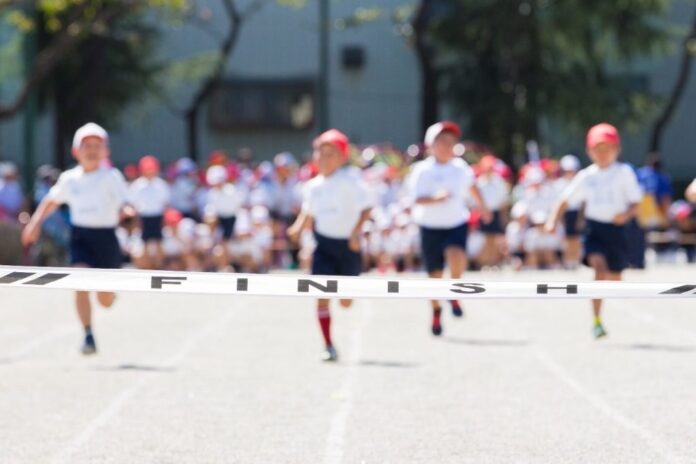 No two individuals are the same. Everyone has their view of thinking and learning. Human beings not only differ from each other in their outward appearances but also their internal capacities and capabilities.

Every individual is not only unique in outward appearance but also in intellect and imagination. Every individual has a skill set, intellectual ability, learning power, thinking capacity, grasping power, ability to recreate knowledge, and way of looking at the world.

Similarly, hardly anyone can deny the fact that no two individuals get the same environment.

They do get a similar environment to some extent at some stages of life. For example, children going to the same school, employees working at the same rank and salary for a company. But, this sameness hardly makes any difference as the overall environment in which they are born, live, and grow up is different.

Now, let us scratch the differences in the environments of individuals from the basic to the complex level.

In the broader sense, we see the difference in almost every aspect. Differences and disparities in the provision of education, health facilities, employment, living standards, basic needs, and the luxuries of life, and so on.

Parents, teachers, peers, media, and society all can play their part by providing children with an environment where they can express, develop and nourish themselves according to their unique abilities.  This will nurture individuals with skills of their own without unhealthy competition.

But here the most important question is how two individuals who are unique internally with their abilities, capabilities, and intellect, and externally with their appearances, and are living in a different environment, can be judged on the same parameters and produce similar results and outcomes?

The failure to the realization of this very fact results in continuous frustration and deadlock among parents and children. Parents continue to compare their children with other children and when they lag or don’t produce similar results, the frustration continues and results in mental traumas for both.

All human beings are not meant to be the same, all professions are not the same. Every individual has their talent and field of work to showcase their skills.

But, when one individual is made to compete with others, it not only affects his personality but also diverts his attention from what he is doing or is capable of doing to what others do.

For example, a student who is good in social sciences and can prove to be an expert in this field is forced to study natural sciences because of competition with his cousins or friends. What happens as a result is horrific.

A person who was meant to be an expert in social sciences, tries to drag himself in the natural sciences and doesn’t find peace of mind huis whole life. It not only affects the individual or his family but also the state. It deprives the state of an individual whose ideas might have helped solve many problems in the future.

This very competition starts from a very early stage and it is started by parents at home, peers outside, and teachers at school when they compete one’s abilities, skills, and intellect with others and expect the same. It goes on with the one throughout one’s life.

This applies to all individuals in different age brackets and fields. For example, a student competes with another student, a job holder with the other job holder, or a person in one profession with a person in another profession.  And, this competition then takes the form of a battle. A battle of survival.

The outcome of this unhealthy competition is confusion, dissatisfaction, and a state of competition in a society where all are competing with all without taking into account what they have and what they can offer.

Skills, talents, and capabilities that make individuals unique and helpful are spent on competing rather than being utilized for good.

A classroom with 40 students having different capabilities and capacities cannot all read, write, and learn the same way, get equal marks and opt for the same profession. Not all can stand first and not all can stand last. But, by asking students to compete we have buried their skills and intellect.

Recently, I met a parent who was asking his children to study by keeping before them one of their cousin’s success in mind and he called it a healthy competition and a motivating factor for his children.

By doing so he was undermining the skills and abilities of his children and making them fall prey to the curse of unhealthy competition.

The solution to these unhealthy competitions is the realization that every individual has a talent that needs to be expressed rather than suppressed in the name of competition.

Parents, teachers, peers, media, and society all can play their part by providing children with an environment where they can express, develop and nourish themselves according to their unique abilities.  This will nurture individuals with skills of their own without unhealthy competition.