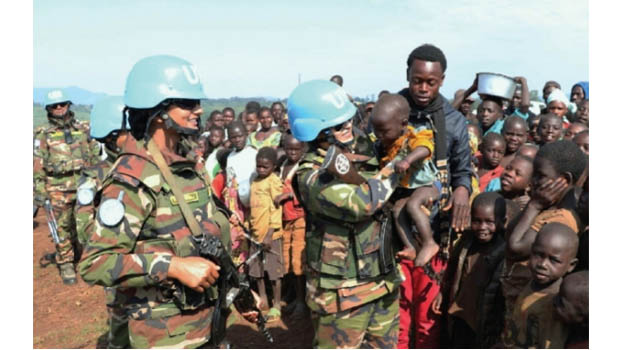 The establishment and maintenance of stability through cooperation was the key motivation behind the UN’s founding in 1945. The primary objective of the UN is to “maintain international peace and security, and in pursuit of such ends, to take effective collective measures for the prevention and removal of threats to the peace and for the suppression of acts of aggression or other breaches of the peace and to bring about by peaceful means and in compliance with the principles of justice and international law, adjustment or settlement of international disputes or situations which might lead to a breach of the peace.”

As a part of a global peace movement, the UN Peacekeeping Operations (UNPKO) were established in 1948 to settle international conflicts. The first mission was to send UN Army investigators to the Middle East to observe the agreement between Israel and its Arab neighbours. In recent years, the UN peacekeeping operation has changed to reflect the dynamic nature of international conflicts and the global political landscape. The UN peacekeeping role was specifically extended after the Cold War.

Bangladesh has assumed a leadership position in the UN’s peacekeeping mission and is well-versed in the history of such missions. Bangladesh is one of the UN’s most significant and trustworthy partners thanks to its ongoing commitment, adherence to the organization’s regulations, and prompt adaptation measures. It has stayed committed to acting as an accountable UNPKO stakeholder despite the changing nature of the world’s security environment.

Instead of concentrating only on peacemaking and peacebuilding, modern peacekeeping aims to ensure social protection in both pre- and post-conflict environments and to seal harmonious connections. After inter-state warfare ended and armed conflict began, peacekeeping now has a variety of responsibilities that go beyond its core duties. One of the main goals of UN peacekeeping missions may be to increase state efficiency and reduce state fragility. As a result, the current batch of troops may significantly affect the UN forces’ ability to operate.

Despite challenging topographical, meteorological, and other unfavourable conditions, Bangladeshi forces are completing the job with the utmost integrity, dedication, and professionalism. Bangladesh has been actively taking part in peacekeeping operations all over the world for the past three decades, and it has been essential to maintaining world peace and stability. In 1988, Bangladesh participated for the first time in both the United Nations Iran-Iraq Military Observer Group (UNIIMOG) in Iraq and the United Nations Transition Assistance Group (UNTAG) in Namibia.

In addition to multiple successful operations in Somalia, Sierra Leone, and the Democratic Republic of the Congo, Bangladeshi troops ensured that rebels in Liberia and the Ivory Coast (Côte d’Ivoire) gave up and laid down their arms. The country also closely monitored the elections in Mozambique, the Congo, Sierra Leone, Liberia, the Ivory Coast, and other African countries.

Since 1988, Bangladesh has sent almost 175,000 soldiers, including more than 1,800 women, on 54 peacekeeping operations to 40 different countries on five continents. Presently, around 7,000 military and police are participating in ten distinct tasks. The majority of Bangladesh’s peacekeepers are stationed in Africa. The nations and names of the missions where Bangladeshi personnel are presently stationed are included in the following table.

When they first joined the UN Transitional Authority in Cambodia in 1993, a detachment of 1,002 soldiers was headed by the 3rd East Bengal Regiment, an infantry regiment from the Bangladesh Army. The operation in Cambodia was a huge endeavour for Bangladesh, and the military of that nation contributed a sizable detachment to the peacekeeping effort.

The Bangladeshi military participated in DDR efforts in Kosovo, Timor-Leste, Sierra Leone, and Liberia as well as demining operations in South Sudan. They have also helped Juba have access to water, sanitation, basic education, jobs, and other means of livelihood. In response to the growing threat presented by improvised explosive devices, Bangladesh’s Engineer Centre and School of Military Engineering and Ordnance Centre and School have started providing specialized training on counter-IED. All peacekeeping units getting ready for deployment to Mali receive specialized training from these two institutes.

Bangladesh was one of the first countries to adopt the 2016-introduced Peacekeeping Capability Readiness System. It has accelerated its deployment by contributing troops to the UN mission in Mali. Bangladesh is dedicated to upholding its reputation in order to bring about world peace. The most casualties occurred during three large ambushes against Bangladeshi contingents in 2017 and 2018. Eight valiant Bangladeshi warriors gave their lives in these three ambushes, inflicting serious injuries on 10 more troops.

A brigade-sized force was able to be sent to Freetown, Sierra Leone as a result of Bangladesh’s prompt provision of more troops in response to the UN’s request and in compliance with the mission’s increased mandate. Bangladeshi soldiers continued to serve in places like the Democratic Republic of the Congo by frequently keeping an eye on villages to maintain security. Missions by Bangladeshi contingents in Darfur, Cyprus, the Central African Republic, and the Democratic Republic of the Congo were completed successfully.

Former peacekeepers and observers claim that the UN hired the majority of Bangladeshi soldiers for peacekeeping operations worldwide over the previous three decades because of their neutrality, professionalism, and quick responsiveness during the deployment. In addition to their competence, former members of the military forces and the police claimed that Bangladeshi peacekeepers’ high moral standing while serving in UN missions also assisted the country in sending out more troops. In 2011, 2014, 2015, 2021, and 2022, Bangladesh was the country that supplied the most troops.

In November 2019, the Bangladesh Police received the Best Police Unit Award for its dedication to UN Peacekeeping missions. The Nyala Super Camp in South Darfur, Sudan, was secured by the Bangladesh Formed Police Unit (FPU) 11, which received praise for its outstanding efforts in boosting the capabilities of the police force.

In 2021, some 110 Bangladesh Navy servicemen who took part in the UN mission to uphold stability in Beirut, Lebanon, were awarded the Peacekeeping Medal. Rear Admiral Andreas Mugge, the Maritime Task Force (MTF) Commander of the UN Interim Force in Lebanon, presented the medal to the officers and crew of the Bangladesh Navy destroyer Sangram in recognition of their contributions to peacekeeping operations. Since the Navy was sent to Lebanon 11 years ago, its personnel have performed their responsibilities with the utmost integrity, commitment, and efficacy. The Navy’s proud participation has strengthened Bangladesh’s status and image overseas.

Additionally, Bangladesh was warmly commended this year by the US Embassy in Dhaka for their contributions to UN peacekeeping missions. When Ahmad Tejan Kabbah, the former president of Sierra Leone, paid a visit to Bangladesh in 2003, he expressed his appreciation for Bangladesh’s significant help to Sierra Leone as a result of the performance of the nation’s peacekeepers in Africa. Ivorians frequently called Bangladeshi soldiers “munami,” which is Ivorian for “my friend.” Additionally, the UN awarded medals to about 861 members of the Bangladesh Armed Forces, including 19 women, who were serving with the UN peacekeeping force in South Sudan (UNMISS) in 2020 for their unwavering efforts to ensure the safety of civilians.

The UN peacekeeping deployment is a significant illustration of internationalism and world collaboration. It has been proven to be one of the best strategies for promoting and upholding global peace and stability. The “Blue Helmet” now stands for global cooperation and collective leadership for world peace.

Bangladesh eventually joined the “Blue Helmet” family with pride due to its enormous commitment to UN peacekeeping efforts over time. The nation of Bangladesh has reached unprecedented heights as a result of its participation, service, and sacrifice in UN peacekeeping missions for world peace. Bangladesh has been building its reputation in the UN for more than three decades thanks to its diligence and commitment.

As a global peacekeeper and advocate, Bangladesh may be regarded as exceptional and exemplary. Bangladeshi peacekeepers have served in Africa’s arid regions and continue to do so. They have made a significant contribution in a variety of fields as security personnel, medical professionals, engineers, trainers, and advisors while dealing with numerous security threats, difficulties, and challenges. Around the world, threats are currently taking on new dimensions, which is likely to jeopardize world peace.

Radicalization, environmental concerns, enormous human migration, the growth of right-wing extreme nationalism, catastrophic catastrophes, trade conflicts, etc. are some of the primary security dangers of the new millennium. The UN may react to the fresh challenges and change its emphasis to take into account the developing nature of the dispute and the evolving role of PKO. If Bangladesh is to keep up with the rate of global development and manage difficult disagreements, it may need to make progress. 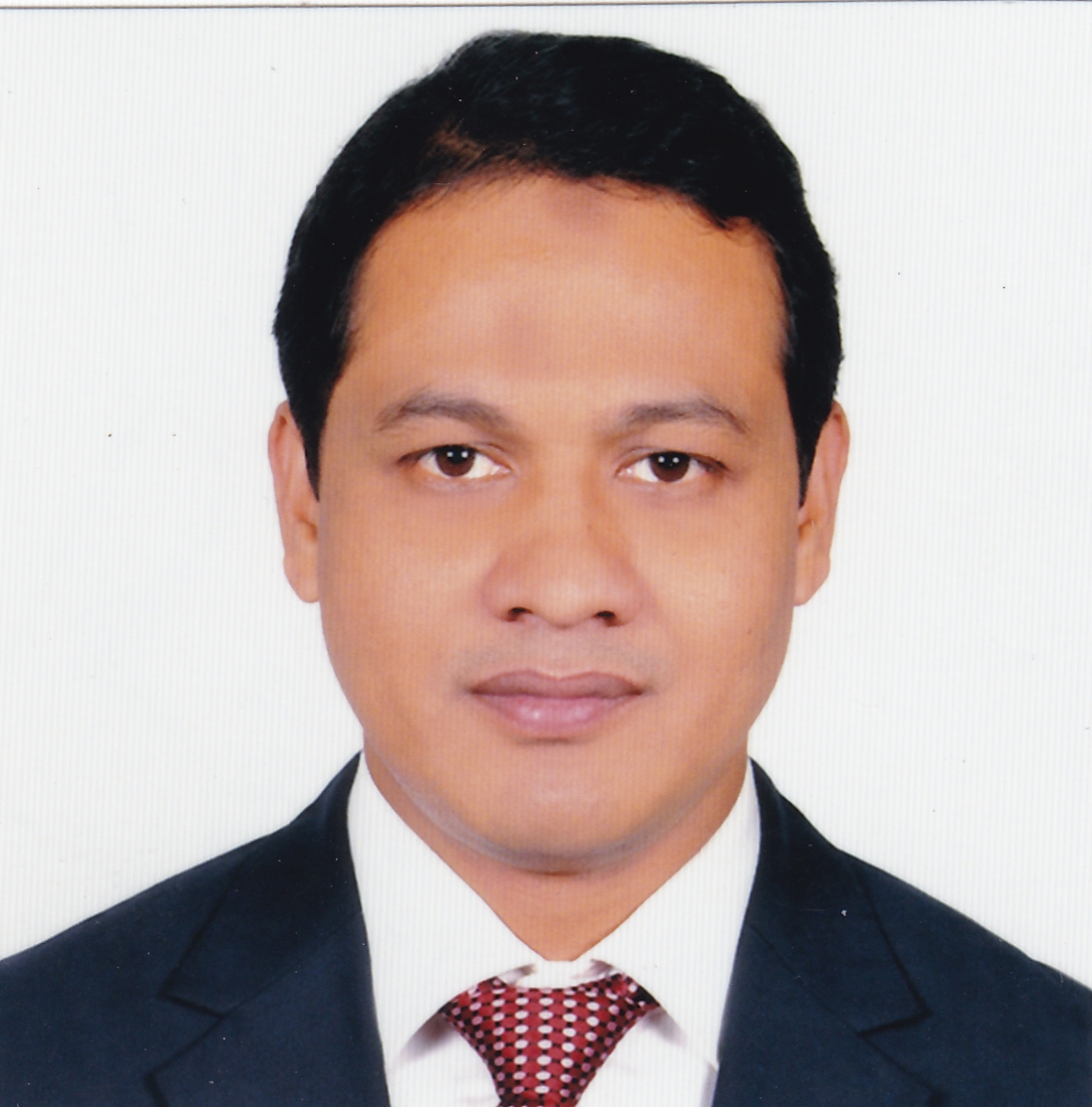