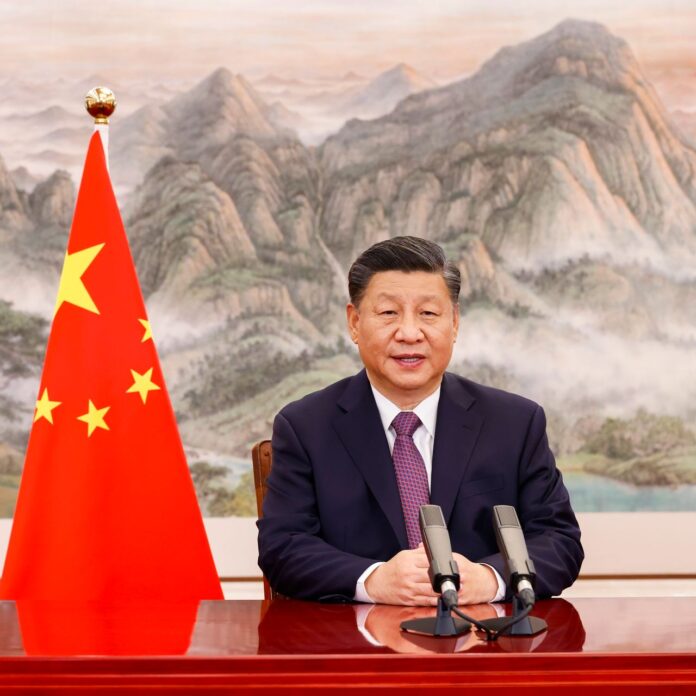 BEIJING: The China-proposed Belt and Road Initiative (BRI) has already become a well-received international public good and an important platform for international cooperation, Chinese Foreign Ministry spokesperson Wang Wenbin said on Tuesday, in response to the Western claim that China is promoting the BRI out of geopolitical considerations.

“BRI transcends the outdated mentality of geopolitical games, and created a new model of international cooperation. It is not an exclusive group that excludes other participants but an open and inclusive cooperation platform. It is not just China’s solo effort, but a symphony performed by all participating countries,” Wang said.

Xi Jinping stressed promoting high-standard opening up in a report to the 20th National Congress of the Communist Party of China on Sunday. China will steadily expand institutional opening up with regard to rules, regulations, management, and standards, Xi said.

Efforts will be made to accelerate the country’s transformation into a trader of quality, promote the high-quality development of the Belt and Road Initiative, and preserve the diversity and stability of the international economic landscape and economic and trade relations, Xi said.

Since the Belt and Road Initiative (BRI) was proposed in 2013, the initiative has always been development-oriented, and consistent efforts have been made to ensure that it is high-standard, sustainable and people-centered. Over the past nine years, the Belt and Road was built through consultation to meet the interests of all, and follows the philosophy of “open, green, and clean cooperation,” Wang said.

By August, China’s goods trade with countries participating in the BRI had reached around $12 trillion and the country’s non-financial direct investment in those countries surpassed $140 billion.

By the end of 2021, Chinese enterprises had invested $43 billion in the construction of economic and trade cooperation zones in BRI countries, creating more than 340,000 local jobs, official data showed.

A large number of practical cooperation projects have been delivered, contributing to local development and livelihoods. Thanks to the BRI, East Africa and Cambodia have highways, Kazakhstan has ports for exports, the Maldives has its first cross-sea bridge and Laos has become a connected country from a landlocked one, Wang said.

“Despite the pandemic, BRI cooperation will continue to display strong resilience and vitality,” Wang said, noting that the number of China-Europe express cargo trains have increased, the China-Laos Railway and the Peljesac Bridge in Croatia opened for traffic and other key projects such as the Jakarta-Bandung High-Speed Railway and China-Thailand Railway are progressing steadily.

As of today, China has signed Authorized Economic Operators mutual recognition agreements with over 30 countries and regions, greatly promoting trade and investment convenience. The latest data shows that more than one-third of key infrastructure projects currently under construction adopt China standards, according to Wang.

The emergence of all kinds of initiatives on infrastructure development globally proves the strong vitality and bellwether effect of the BRI. Wang said, noting that China is open to other countries’ and regions’ participation in the BRI and is considering connecting with infrastructure initiatives proposed by other nations to provide more good-quality public goods for the world.

Just as UN Secretary-General António Guterres said, the BRI and the 2030 Agenda “both have sustainable development as the overarching objective” and the BRI can speed up the implementation of the 2030 Agenda for the benefit of the whole world, Wang said.