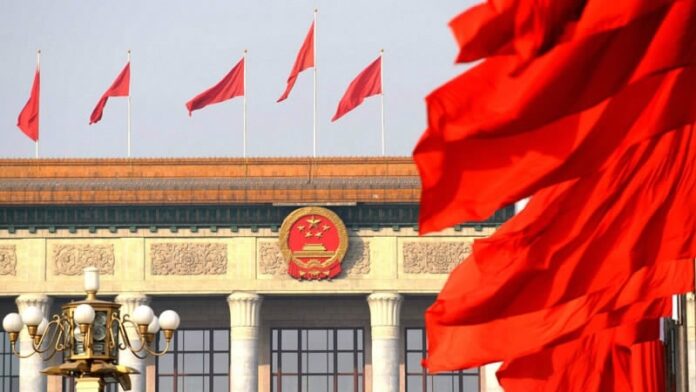 ISLAMABAD: The seventh plenary session of the 19th Communist Party of China (CPC) Central Committee commenced on Sunday in Beijing.

The Political Bureau of the CPC Central Committee proposed to the plenary session that the 20th CPC National Congress is convened on October 16 in Beijing.

It was stressed at the meeting that the 20th CPC National Congress is a congress of great significance to be convened at a crucial moment, as the whole Party and the entire nation embark on a new journey toward building a modern socialist country in all respects, and advance toward the Second Centenary Goal.

The Congress took stock of the Party’s work over the past five years, as well as major achievements and valuable experience of the Party’s Central Committee with Xi Jinping at its core in uniting and leading the whole Party and Chinese people of all ethnic groups to uphold and develop socialism with Chinese characteristics in the new era.

The Congress also thoroughly reviewed the international and domestic situations, comprehensively grasp the new requirements for the development of the cause of the Party and the country on the new journey in the new era, as well as the new expectations of the people.

The Congress will formulate action plans and major policies, mobilize all Party members and people from all ethnic groups across the country to firm up confidence in history, strengthen historical initiative, innovate on the basis of what has been done, and bravely charge ahead.

It was decided that all Party members and people from all ethnic groups across the country will be mobilized to continue advancing the five-sphere integrated plan and the four-pronged comprehensive strategy in a coordinated manner, pushing forward common prosperity for all, advancing the great new project of Party building, and promoting the building of a community with a shared future for humanity.

The meeting also decided that all CPC members and people from all ethnic groups across the country will be mobilized to work together for building China into a modern socialist country in all respects and advancing the great rejuvenation of the Chinese nation on all fronts.

Govt will try to keep poor people away from effects of...

January 29, 2023
KARACHI: Federal Minister for Poverty Alleviation and Social Safety Shazia Marri on Sunday said that the federal government will try its best to not...