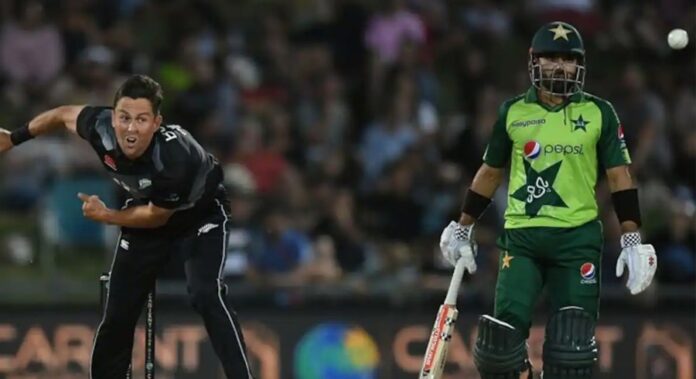 ISLAMABAD: Pakistan cricket team has landed in New Zealand to feature in the tri-series beginning October 7 at Christchurch.

According to details, apart from Pakistan, Bangladesh and hosts New Zealand were participating in the series.

All matches of the tri-series would be played in Christchurch.

Pakistan squad includes 16 players and 13 sports staff members. The national squad would resume training in Christchurch from Thursday after a day’s rest.

Pakistan would play its first match of the tri-series against Bangladesh on October 7.
It may be mentioned here that Pakistan recently lost seven-match T20I series, 4-3, against England on home soil. This tri series would a good chance for Pakistan to tune-up their preparations for the T20 World Cup in Australia.