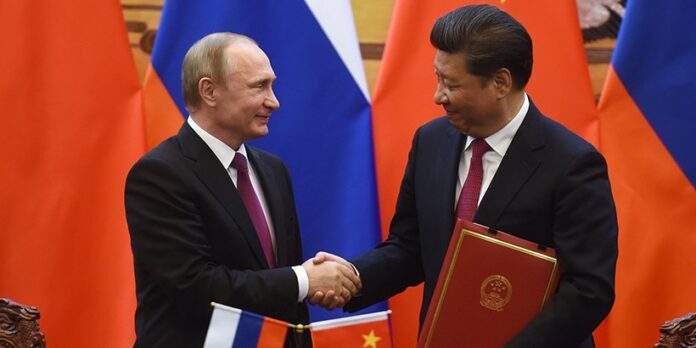 The rise of Populist leaders and autocracies in the world are mutually declining and stalling women’s rights throughout the world. With the democratic emasculation, the shift towards sexism, misogyny, and discrimination comes into force because the authoritarian leaders deem the politically vibrant women as a potential threat. Patriarchy and Autocracy mutually reinforce each other in the states. In the 21st Century, democracies are eroding and the frontline women’s rights are also under the ominous threat to surviving midst Putin, Xi Jinxing, and Kim Jong-un.

According to Francis Fukuyama being a prominent political scientist, democracies and women rights go hand in hand. The authoritarian resurgence has rolled back the women rights in the newly established democracies as well as the partially autocratic countries. Even the United States which advanced in Women Rights and Feminist Struggle since 1970 has slowed down with the rise of Donald Trump. The policies and sidelining of the feminist struggle during the Donald Trump Presidency have caused the constitutionally abolishing of the abortion and reproductive rights of women.

The wave of Patriarchal Authoritarianism has always been dreadful for frontline women’s struggle. From Civil War to the transition of the Political system in many countries feminist struggle played a huge role in economic empowerment, gender rights, and politically inclusive state institutions. In the USA it was the feminist struggle when black women launched the Black Lives Matter movement. Arab Spring in the Middle East emanated from two Revolutionary Women Tawakkol Karman and Wided Bouchamaoui. Frontline women’s struggle brings immediate outcomes and mass movements against the autocratic features of states.

The fear that organized frontline feminist struggle can harm the malignant agendas of autocrats, populists, and authoritarian leaders they start to consolidate the patriarchal support to shore up the emotions to lead a nation and management services through a male. During this struggle, the authoritarian features subvert women’s rights to protect their hegemony and rule.

In her essay “Revenge of the Patriarchs,” Erica Chenoweth argued that autocratic rulers capitalize on their rule to institutionalize the fear of women empowerment in the masses to surface the popular narratives against femininity.

The resistance movements against the populist rulers in the state come in the form of mass movements. The morale of mass movements multiply when women join such protests. The mobilization of women in history caused to topple of the dictators and sadomasochistic rulers. Therefore, the rise of populism and autocratic rulers sabotage women’s rights to bring down their morale and courage to counter the anti-democratic characteristics of the state rulers.

Women’s political mobilization and political consciousness were harnessed by reversing gender equality and gender rights in the countries. In China, Xi propagated such policies that suppress the right to produce in Uyghur’s ethnicity. Xi forced birth control, reproductive rights, and even sterilization for many women. The women in China faced threats of imprisonment and fines to produce more children. Xi Jinxing sidelined the voices of many women who accused powerful men of sexual assaults. With the rise of Kim Jong-un in North Korea the number of women’s refuge abroad increased three times more than men. The rising tides of authoritarianism suppressed women’s rights and women’s voices in many states.

The cause of democracy is always established through the inclusivity of all genders in society. As an engine of true democratic advancement, activism by women retards the agendas of authoritarian leaders. The political leaders in many countries try to rule out women’s rights to protect their ulterior motives. The shift in women’s rights and support for masculine rights in authoritarian regimes like a revival of Title IX during the presidency of Trump to favor the accused of sexual assault manifests that it is a systematic feature to multiply men’s rights by compromising women’s rights.

Turkish President Recep Tayyip Erdogan disseminated the views of feminine chastity for the idealized generations in the coming future with a focus to insist women focus on traditional family roles rather than their careers. The struggle to politicize the traditional patriarchal roles and homemaking for women and roll back their public appearance in Turkey indicates the rise of the authoritarian ruler and his struggle to sideline women in political circles. According to Natasha Kaul a prominent scholar, authoritarian leader’s limelight the traditionalist patriotic femininity to appease the majority conservative class in their countries. They base their nationalism on the subjugation of women, legislation against women, and distorting the concepts of women empowerment.

In her essay “Revenge of the Patriarchs,” Erica Chenoweth argued that autocratic rulers capitalize on their rule to institutionalize the fear of women empowerment in the masses to surface the popular narratives against femininity. On September 17, 2022, Mahsa Amini was brutally killed by Iranian moral policing which was essentially established to make surveillance over the women dressing. Mahsa Amini was traveling with her family and during the routine police search and fist, they charge her that she is improperly dressed eventually arresting and killing her within hours. In draconian states where the authoritarian rulers lead the state the women’s voices are systematically sidelined because such voices can multiply and assemble in mass protest against the status quo. The organized campaign against women to weaken the feminist agenda become favorite tactics to make power more concentrated and consolidated.

Democratic backslide has a huge impact on women’s rights and the inclusion of women into the economic and legal rights in the 21st Century. Democratic deficit has plummeted during the struggle of the last two hundred years. Consolidating women’s rights in the 21st Century is prima facia to sustain democracy and vice versa. Authoritarian leaders sway the emotions of people in conservative settings to make women vulnerable. From Hungarian Victor Orban to Egyptian Abdel Fattah el-Sisi they came into power and roll-backed the women-friendly legislation to entrench their rules in their respective countries. The misogyny and authoritarianism are part and parcel together so both flourishes together in a draconian fashion. Ensuring women’s rights and reviving the feministic theory in practice is a hallmark to sustain the democratic ideals and institutional democracy at home and in a global world. The re-evolution of democracy amid authoritarian, populist, and autocratic rulers can organize women’s rights, inclusive institutions, and equal citizenry in the 21st Century.

December 9, 2022
The Employees’ Old-Age Benefits Act, 1976, is one of the finest labour welfare laws promulgated in Pakistan. It was enacted and enforced towards the...