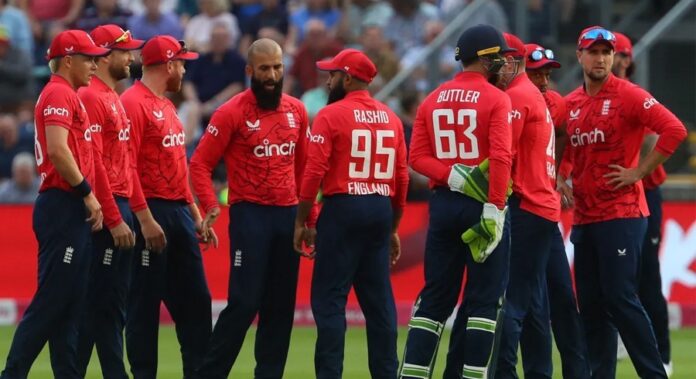 LAHORE: Capital City Police Chief Additional IG Ghulam Mahmood Dogar on Monday welcomed the England T-20 Cricket squad to the provincial capital and vowed to provide foolproof security to both the teams players and officials during their stay in the city.

English and Pakistani cricket teams reached here amid tight security to play their last three International T-20 cricket matches of the total seven scheduled ones.
England cricket team has been visiting Pakistan after a long span of seventeen years and into a high security bubble.
The Lahore police, on the directions of CCPO Lahore made stringent security arrangement on the arrival of both teams players and officials.
The CCPO, DIG Operations Afzaal Ahmad Kausar, CTO Muntazir Mehdi, SSP Operations Capt (R) Mustansar Feroze, SSP Security, SP of Dolphin Squad and other related officers remained in field and checked security arrangements on the route till the teams reached their residing hotel.
As many as 8,000 police officers and officials including SPs, DSPs, SHOs and upper subordinates would perform security duty during the stay of both the cricket teams in Lahore and schedule practice sessions and matches.
The CCPO issued directions to the police officers to strengthen the arrangements remaining highly alert and keeping a vigilant eye on any suspicious activities.
Ghulam Mahmood Dogar directed the deputed police officials to behave with the citizens visiting Qaddafi stadium in polite manner as well as during zero route movement of the teams. Elaborate arrangements of security have been made at the residential place where the teams have been boarding, routes, Qaddafi Stadium and its surrounding areas, the CCPO added.
Heavy deployment of contingents would be made on the route of the teams during their movement from hotel to stadium during practice sessions and matches, he said and added that three layers security checking mechanism had been devised for the players, officials and the citizens.
The CCPO said that Lahore police had played important role for the revival of cricket events in the city. Lahore Police had complete support of Punjab Safe Cities Authority, district administration, PCB and law enforcement agencies to ensure security so that citizens could enjoy these matches in peaceful atmosphere, he asserted.
He said that Lahore police would also monitor all the activities on routes and surrounding areas during movement of teams through CCTV cameras of Punjab Safe Cities Authority.