Iran seems ready for another change 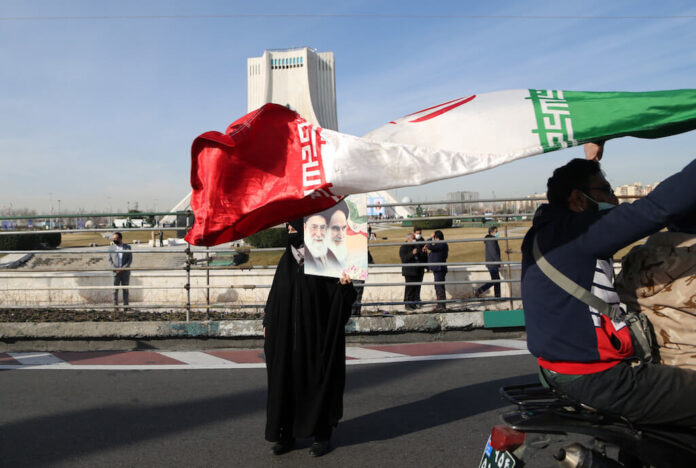 Iranian urban centresare up in flames; Tehran, Shiraz, Zahedan, Kurdistan etc. not an uncommon sight to see the law enforcement agencies retreating on the streets and in some cases being beaten black and  blue by the young protesters. The demise of a 22-year-old girl; Mahasa Amini, of Kurdish descent in the capital city Tehran after being detained by the “Morality Police” or Irshad has practically galvanized the common Iranian, especially the younger generation, against what they call an “inefficient Nezam”. The clarification video aired in the state TV, showing the girl collapsing in the police office could not dampen the public anger. Almost after sunset or during the afternoon hours, young crowds; usually without any ring leader, can be observed rampaging about the place and beating any police informer, or the police itself, mercilessly.

Of importance will be the behaviour of the West as to how much they resist the calls of intervention and let the Iranians decide. The Iranians need to be left alone to decide which path is correct for them. A change in constitution; redefining the limits of the state, decentralization; a constitutional toning down of the “rule of clergy”, can be the desirable takeaways from the crisis. Any show of force, can force a change which might be as astonishing for the international watchers as well as the Iranians themselves. The next few weeks as JCPOA winds down either way will decide how the regime change will take place; from within or from external thrust; time will tell

The biggest question mark, which strikes any observer, is as to why a nation with an otherwise aesthetic sense to vent even their anger, is resorting to violent acts to make its voice heard. In fact, in many cities, the Iranian flag has been burned. In a few cities the incumbent supreme leader’s banners, and those of the late founder of the Islamic regime, have been torn down and burned.In one such video; whose authenticity could not be independently verified, slain Iranian IRGC commander Qasem Soleimani posters in his hometown Kerman have been torn down and burnt.

Years of sanctions could be identified as a cause for such anger. However, years of mismanagement as well as failure to distribute the benefits to all, creation of a privileged class of “revolutionaries” having all the comforts, while common Iranians are living a desperate life, have all added up to the current situation.

In today’s Iran; the term “Aghazadeh”, used for sons and daughters of influential officials, is treated more as an insult than as a badge of honour. An otherwise going by the book state TV like IRIB has aired multiple seasons of the serial “Aghazadeh”, which centres around people with influence indulging in profiteering, murder, passion (portrayed within the censor’s limits); precisely because the people want to see the art form and because the said serial has grossed well in terms of advertisements revenues earned by the state TV.

No doubt, Iranians have fared well in many aspects of life. Today Iran is a banked society, with more people having debit cards, using electronic payments, and benefiting from subsidy programmes managed through the banking system. Its engineering sector has been able to help the country save foreign exchange by manufacturing locomotives within the country. The Iranian aircraft manufacturing sector has been able to keep much of its US-built fleet, comprising F-14 Tomcats, F-4 Phantom and C-130 Hercules aircraft airworthy without much hassle as well as minimal crash rates, when compared with the PAF or the Indian Air Force. Likewise, its creative sector too has fared well. Its movies have grossed well in international festivals. It has got into joint ventures with Russian and Turkish collaborators  for production of movies and serials on civil wars or ancient mystics. Even today, a movie on Maulana Roomi called Mast Ishq, a joint venture between Iran and Turkey, is just ready for the worldwide release.

The management of the state, economy as well as the failure of the system to respond to the grievances; coupled with a widening gulf between the ruler and ruled for various reasonshas helped create a state of affairs where any layman would suggest what is called a regime change. For the rural people, the gulf is not visible. However for the urban middle class, the reality has been too stark.

Iran’s recent experiences with the world at large have suggested that its dialogue with the capitalist world has fallen flat repeatedly. The JCPOA could not survive the switch over from Democrats to Republicans in the USA. Iran has found common cause with Russia and China easier. Anyone in the US and Saudi bloc has found relations with Iran a troubling affair, the foremost example being the transformation from “brotherly countries of Iran and Pakistan” to “skeptical fellows” looking over their shoulders in constant gaze!

The talk of regime change in such an environment in Iran is generally observed with skepticism as if the West is again orchestrating a 1953-type coup in Iran. The Iranian society as a matter of fact is in for a change of regime; not the one what the West might want; but the one which is the indigenous need of the society and polity. We can say; like Pakistan, whose political/social and economic model needs a change of priority, the battle line-up and sovereign control of policies, Iran too needs a change of guard or its priorities.

Iran, once ruled by Safavi dynasty, which gave that country its unique state creed of Shia Islam, has come a long way to the position, observed today. The period between 1700 to 1900 has been very much like the rest of the Muslim world. Decadence within gave way for colonialists to intrude into the everyday lives of these states. Iran too had its share of manmade famines like the one which afflicted it at the start of 1900. The modern polity, courtesy the Pahlavis, gave the country its first taste of the industrial revolution. The modern state however stifled free speech and tried to force upon the beleaguered nation its worldview. In 1977 the patience reached the point where small incidents gave the powder keg of discontent the needed spark to explode.

An indecent article in the state mouthpiece Itlaat about Ayatollah Khomeini let loose the discontent in January 1978. On December 10, the Pahlavi regime was almost over, the final demise formalized 11 February 1979.

The new government for all practical purposes opened the gate for the common Iranian to make it to the top on the basis of his hard work. Qasem Soleimani, son of a farmer who might have ended up in a petty job in his hometown under the Pahlavis, found his way to the top; rattling the geopolitics of the region for quite a considerable time.

However these success stories were also matched by the widening of the gulf between the ruler and the ruled. The somewhat rigid interpretations of religion as well as constitution did not help decentralization, rather it helped create a deadlock, rise of inefficiency and creation of a class of privileged called Aghazadeh.

As things stand, Iranians might not settle for small concessions. It seems necessary that the people who matter talk directly to the common man and try to sort out differences through constitutional way. That situation keeping in view the Middle Eastern mindset seems a distant possibility.

The remarks by a senior grand ayatollah in Qom, who is not part of the regime; advising that the Hijab row should not be dealt with by bayonets can be a step in the right direction. However, despite these saner voices, the Iranian polity and society is ready for yet another change. Here that point needs to be taken into account that palace decisions might not hold much to diffuse the crisis. Iranians need to decide fairly what they want.

Of importance will be the behaviour of the West as to how much they resist the calls of intervention and let the Iranians decide. The Iranians need to be left alone to decide which path is correct for them. A change in constitution; redefining the limits of the state, decentralization; a constitutional toning down of the “rule of clergy”, can be the desirable takeaways from the crisis. Any show of force, can force a change which might be as astonishing for the international watchers as well as the Iranians themselves. The next few weeks as JCPOA winds down either way will decide how the regime change will take place; from within or from external thrust; time will tell.