A colonial relic in the modern age 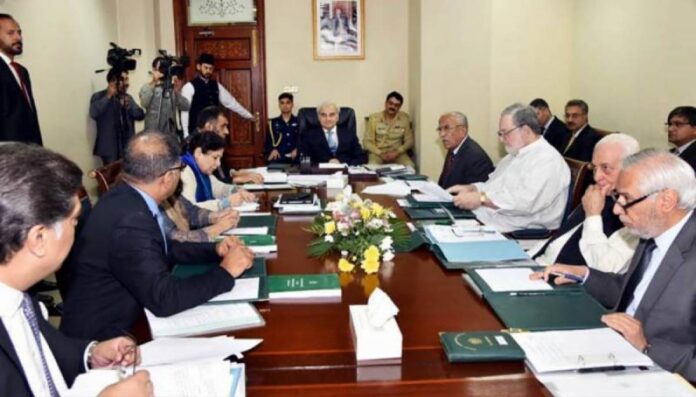 The post of chief secretary is not a constitutional office. Hence, it is an administrative post of a province ordinarily created like so many others according to Article 240 (b) of the Constitution and the Provincial Civil Servants Act. The province has an exclusive legislative, executive and financial competency on the post of chief secretary. The post and allied functions can be organized according to Article 240(b) and Article 139 respectively by the legislative and executive competency of the provincial government. Competently, the provincial government can abolish, modify, amend not only the service rules of the post but also the functions of the post. Then, the office of a Chief Minister is a constitutional office according to Article 130 of the constitution of Pakistan.

Why is it mandatory for the provincial governments to keep an office directly in conflict with the powers of the chief minister ? Hence, the office of chief secretary either should be abolished or re-organized in a manner to facilitate the Chief Minister for attaining governance and service delivery.

Historically, the East India Company formalized a patronage system for tg  nomination of civil servants within the elite club, barring a competitive process. The Government of India Act 1853 substituted the system of nomination with an open competitive examination to recruit civil servants. Progressively, the Government of India Act 1858 afforded that India shall be governed by and in the name of Her Majesty. Consequently, this authorized the Secretary of State for India to make regulations for admission of candidates to the civil service of India. Accordingly, the civil service became competitive and accountable to the British Parliament. Similarly, the office of chief secretary was established under the direct control of the Secretary of state for India as to head the administration of a province. The role of Indian politicians was merely advisory. On the way to Independence, section 10 of the Indian Independence Act expunged all the provisions relating to reservation of posts, obliterating the colonial scheme of civil service.

However, the  centralists then at the helm of affairs,  adopted the same colonial scheme of reserving provincial posts for central services without law to carry on controlling the provinces. The same practice is still in place in 2022 despite the promulgation of the 18th Amendment.

The only argument the centralists contend is that the mode of appointment and subsequent functions are vital to the connectivity between federation and provinces. This argument is absurd from the outset and carries  no constitutional or legal substance. Constitutionally, it is the Council of Common interests (CCI) that provides connectivity between the federation and provinces according to the Federal Legislative List Part II. Besides, there is the office of governor established under the Constitution is a linchpin between federal and provincial governments.

Amendments thus are required to firstly take the powers o Cabinet Secretary and then appointing an exclusive minister for the department of Services and General Administration Department. The pProvincial government should at least re-organize the functions of chief secretary if it is not willing to abolish the post of chief secretary.

Who is preventing the provincial governments from abolishing the post or re-organizing the functions of Chief Secretary ? Paradoxically, there has always been a marriage of inconvenience between the de jure and de facto power corridors in Pakistan. Despite the de jure proposition, there is a de facto colonial hangover around the office of chief secretary.

Centralists prefer it over the representative office of the Chief Minister. Political leaders love to concentrate all the powers in themselves barring the devolution of political powers to junior leadership. Ostensibly, it is in their interest to keep the power of appointing chief secretary in order to control the provincial governments. This scripted confusion, often, leads to the confrontation among involved parties owing to the inherent flaw of keeping two offices of chief executive alive. Then, it is compulsory for provincial political leaders to impose their constitutional authority to upkeep the only valid office of chief executive.

Nonetheless, the chief secretary is also the cabinet secretary and controls the processes of legislation, administration and policy decisions. Comparatively,  the federal government does not maintain the office similar to that of chief secretary in order to warrant smooth delivery of official business.

Why is it mandatory for the provincial governments to keep an office directly in conflict with the powers of the chief minister ? Hence, the office of chief secretary either should be abolished or re-organized in a manner to facilitate the Chief Minister for attaining governance and service delivery.

Tariq Mahmood Awan
The writer is a civil servant serving in Punjab and leading a society for implementation of Administrative Federalism. He can be reached at [email protected]