The multiparty government is blowing it 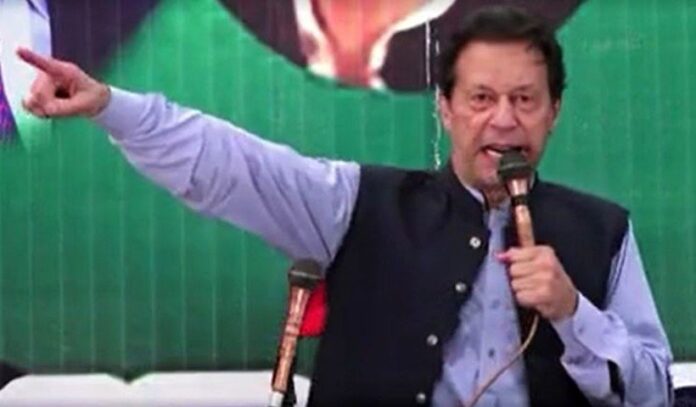 A logical syllogism can be logically true but may not be the truth because one proposition is suppositional. Truth, Fact, and Approximate Truth have been critical issues for philosophers, political analysts, international and regional observers, and political scientists, therefore they always leave room for retrieval from their judgments, opinions, and predictions. We understand their predictions are just predictions and only the future would determine the authenticity of political truths.

Truths are not simply acknowledged but must be discovered and most of the time important and critical political developments are behind smokescreens, giving no clarity until happenings take place. I believe “Approximate Truth” helps political pundits to predict because Approximate Truth is a vague notion, and specification of quantity terms and of a sense of approximation is needed to make precise applications of it. Approximate Truth represents a truth that is not testified 100 percent but is accepted and acknowledged. Therefore, political predictions fall under the realm of “Approximate Truth” because they are the truth unless proven false by the circumstances.

Even Federal Minister Ahsan Iqbal, while talking to a private television channel, said that Chairman PTI Imran Khan is protected by someone wearing a Sulaimani Topi (magical cap whose wearer becomes invisible) therefore Imran Khan even by abusing state institutions is beyond the grip of law.

Similar comments came from Federal Minister Saad Rafique recently who was of the view that Imran Khan is still a Ladla (protected and pampered kid) and is still out of the reach of state laws.

These statements did not come from members of the opposition party but from those who rule Islamabad. Both federal ministers who expressed their opinions mentioned above had been jailed by PTI’s former government and faced the brunt of those whose Ladla Imran Khan had allegedly been in the past.

This perception is everywhere and public statements of PML(N) leaders help to consolidate this perception when they claim that Imran is still a Ladla. Just imagine when a federal minister is saying that Invisibles are protecting Imran then why should bureaucrats and journalists not believe it?

Roaming around with a security entourage bigger than a sitting prime minister (and even bigger than entourages of the last three prime ministers), Imran Khan enjoys security cover comprising over 500 security personnel and with the administrative resources of two provinces at his disposal.

In Islamabad, you can find political discussions whenever you sit in diplomatic, bureaucratic, political, and journalistic circles and the majority of contributors to discussions consider that having no narrative against Imran Khan and facing ruthless defeats in Punjab by-elections, court cases against Imran Khan, and at media front, the ruling PMLN is biting its own fingers and is accusing Imran Khan of being the Ladla of someone.

One common viewpoint that comes under political discussions in Islamabad is that even after being in power for the last over four months, the multiparty government looks as if it  has miserably failed to change the permanent government— the bureaucracy and over 80 percent of federal bureaucrats are working at the same posts and assignments where they had been working during the PTI government. Some journalists claim that the PML(N) has even not removed or changed those who had been hired by the PTI from the private sector and those who are not career bureaucrats.

In the corridors of power, there is gossip that data is being collected against some of the federal ministers of the multiparty government who, according to PTI circles, are (allegedly) involved in corruption. The majority of reporters covering political beats believe the PML(N) is still in the laidback phase and does not understand the gravity of the situation, forgetting the reality that their opponent, Imran Khan, has a charged mob with him that assembles anywhere and whenever Imran Khan directs his followers to gather.

Even those political analysts who in the past were of the view that Imran’s popularity would go down after his direct confrontation with the Pakistan Army, now claim he cannot be combated in the political arena, therefore by-elections on vacant seats of the National Assembly were postponed. The state is of the view that by-elections were postponed due to floods in the country and engagement of administration in relief work. It is easy to claim that Imran Khan is not a political leader but a cult leader, or populist leader but it is difficult to deny that he has virtually made 10 political parties “nonoperational” in the federal capital of Pakistan.

Having governments in KPK and Punjab, any mobilization call from Imran Khan would be difficult to manage for the PML(N)-led government that was eager to grab the federal government by voting Imran Khan out of the Prime Minister’s Office. Many PML(N) parliamentarians, while talking to the media, indicate that the party was not in favor of forming the government after voting out Imran Khan but it was the demand of the day as the country was in critical economic health and PML(N) sacrificed its politics to save the country. They say “Siasat nahi Riasat Bachana tha” (it was a matter of saving the state, not the politics).

Unfortunately ruling parties seem to have failed to transfer this theory of saving the state to the common people and the results of the Punjab by-elections proved that the narrative of “Siasat nahi Riasat Bachana tha” had not been bought by the public.

Another popular belief in Islamabad is that the PML(N) media and legal teams have ruthlessly been defeated by the PTI and it seems in no mood to review the situation. Despite defeat after defeat on the media scene and in courts, the PML(N) is trying to survive with the same managers who have miserably failed to craft any moral, social and political narrative against Imran Khan and have failed to contest strongly against him in courts of law.

Now the PMLN can claim that it has to swim in gushing waters with hands tied in the back. If so, then who is responsible for it because it was the PML(N)’s decision to jump into the river?

Sitting in Islamabad, I am not ready to buy conspiracy theories about who is allowing PML(N) to work and who is not.  Nobody stopped the PML(N) from replacing pro-Imran bureaucrats and nobody stopped the PML(N) to remove PTI-hired non-career government employees working on important and sensitive posts. It is not the PTI that is suggesting that PML(N) federal ministers work with an administrative structure that was placed carefully by the PTI to ruin its opponents.

I also believe that it is easy to blame the PML(N) media team and legal team without realising the difficulties being faced by them. One of the biggest difficulties legal and media managers are facing is a perception of “Imran is undefeatable and Invisibles are still helping him to come back in power”.

This perception is everywhere and public statements of PML(N) leaders help to consolidate this perception when they claim that Imran is still a Ladla. Just imagine when a federal minister is saying that Invisibles are protecting Imran then why should bureaucrats and journalists not believe it?

The PML(N)-led multiparty government must sit together and review the situation for forming cohesive media and legal policies because the government is short of time and any general elections if they take place before March 2023 can virtually seal the political fate of all political leaders except Imran Khan.