Projects are meant to generate kickbacks, not benefit people 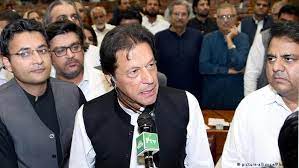 In the last 40 years only ‘Kickback’ projects have been executed in the land of the pure. KB has been a historic phenomenon in the Indian Subcontinent. In the Raj it was popularialized by the award of title of Khan Bahadur. Pakistan started off well and remained relatively clean till the first Martial Law in October 1958. The debt-based economic model introduced by the first usurper has proven to be disastrous for the land of the pure.

The 1980S detracked the political, economic and the social structure of the country. Zulfiqar Ali Bhutto’s (ZAB) nationalization policy in the 1970S created a gulf between the government and big business. Ziaul Haq, the third dictator, played on this divide to neutralize the public appeal of ZAB. Businessmen were introduced into the corridors of power through the partyless elections of 1985. While Ayub Khan’s decade in power concentrated the wealth of the nation into the hands of 22 families, Zia’s misrule destroyed civilian institutions; together with opening the floodgates of corruption, with businessmen and traders in positions of authority and law making for which they were unsuitable.

In the 1990s there was a race for Kickback Projects between the two main ruling parties. Classic disastrous projects have been the Independent Power Producers (IPPs) that produce unaffordable power, and which are paid capacity charges even if the plants do not run. The circular debt keeps spiraling

Currently people are on the roads with electricity bills that they cannot pay. LNG ( Liquified Natural Gas ) is being imported from Qatar at exhorbant rates. Even Coal is coming from overseas to run power plants with the Sahiwal Plant being the major irritant. The Orange Line Train cannot even cover the electricity charges. As it has been built under CPEC with Chinese loan, the interest payments keep piling up. The M-2 Lahore-Islamabad Motorway has increased the travel distance by over 100 kilometers together with the un-necessary ‘Chakri Loop’ gradient that is a serious hazard for heavy traffic. The Nandipur Power Project produces power at Rs 42 per unit, perhaps the highest in the world. Both parties were involved in massive Kickbacks in this plant. Munawar Baseer Ahmad, the MD PEPCO of that time, was punished for being the ‘Whistleblower’ while the ministers involved were let go by NAB.

The government of Imran Khan decided to produce power from local sources like hydel and coal, and this policy should continue together with gasification to produce SNG. If Pakistan has to be made sustainable, KBs in all forms have to be eliminated, and hopefully after 75 years of independence all Khan Bahadurs should have perished by now. I know of one in Sharaqpur Sharif whose claim to fame is ‘Son of Khan Bahadur’. Hopefully this legacy will not be passed over to the grandson. Pakistan will be better off without such contaminants.

The Copper-Gold Reko Diq project was another debacle which is now finally settled but after colossal loss of time and money. Pakistan Steel plant at Karachi was arbitrarily shut down to lower its value to be sold as scrap to a selected bidder of choice.

Microsoft, the global software giant, wanted to invest in Pakistan. A high-powered team was sent to the land of the pure to finalize the deal but returned disappointed. They then decided to establish their centre in India, today the Indians have emerged as major players in the IT industry.

Pakistan has great mining potential which remains untapped. In 2004, as Chairman Pakistan Science Foundation (PSF), I started the Thar Coal Project. As mining is a provincial subject I travelled to Karachi to meet the minister in-charge. The plan was to establish a mining company based in Karachi under the Chairmanship of the Chief Minister with federal funding.

The minister insisted on power generation despite my insistence to start digging for the 175 billion tons of ‘Black Gold’. Finally, to get his way he told me that he was more interested in working with a German Investor for power generation; he did not desire to get involved in mining. My term ended in 2005 but I kept going as the country was running out of the much needed fuel. It did not end here, and there were detours like the Underground Coal Gasification started under a retired but ambitious nuclear scientist which resulted in delays and wastage of resources. Currently the project is under NAB investigation.

Finally in 2018, I touched the coal seam at the bottom of the first open-pit mIne at Thar which has now started to produce power. It’s a Public-Private joint venture between Engro and the Sindh Government, called SECMC (Sindh Engro Coal Mining Company). Finally Pakistan has started to use its own resources to generate inexpensive power. Now the KBs are in the process of converting all plants operating on imported coal to the local variety, abundantly available at Thar. Imported LNG can also be replaced with SNG (Synthetic Natural Gas) produced by aboveground gasification of Thar coal to get rid of the KBs. That is my next challenge to overcome the LNG ‘ Import Mafia ‘ and their KBs.

Kickbacks Projects are unsustainable as their outputs cannot cover the inputs. The current decline will continue till such irritants are removed. Sovereign guarantees and foreign governments are also involved in this trap. A negotiated way out has to be found. In case of the IPP’s circular debt an attempt was made to renegotiate the agreements to reduce and finally eliminate this menace but it did not produce the desired results, and the expert finally left in disappointment. It now seems that for the life of these non-productive power plants the republic is stuck with these KB projects.

The government of Imran Khan decided to produce power from local sources like hydel and coal, and this policy should continue together with gasification to produce SNG. If Pakistan has to be made sustainable, KBs in all forms have to be eliminated, and hopefully after 75 years of independence all Khan Bahadurs should have perished by now. I know of one in Sharaqpur Sharif whose claim to fame is ‘Son of Khan Bahadur’. Hopefully this legacy will not be passed over to the grandson. Pakistan will be better off without such contaminants.

David Hume’s best-known contribution to philosophy is his scepticism, which is unique even in the sceptical tradition. No doubt possessing first rate intelligence, Hume...
Read more
Comment

Indian Muslims constitute about 14.2 percent of India’s population (Census 2011). But, their contribution to the Lok Sabha and economic life is abysmal. The...
Read more
Comment

Finally, an inquiry into perhaps the biggest case of alleged corruption of the PTI’s stint at the federal government. If the figures are taken...
Read more
Letters

Closing roads during demonstrations with the help of containers or using water cannons to stop a demonstration or to disperse a gathering have all...
Read more
Letters

Peaceful protests and freedom of speech are fundamental rights of every citizen. However, when these rights infringe upon other basic human rights, they lose...
Read more