Governors as Chancellors: The unseen compromises

Chief ministers are taking over 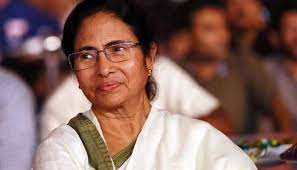 Controversy in Bengal recently broke out after the state legislature passed an act to give all powers of state’s governor as chancellor to the office of chief minister. The state university law amendment bill 2022, was earlier approved by the state cabinet and it gave all powers of governor as chancellor to the present chief minister Mamta Banerjee and having been cleared from the legislature, the ball is in the governor’s court to find his consent.

Earlier to this development, in July 2021, Bihar chief minister Nitish Kumar also initiated to open three universities in the state to regulate the academic and administrative activities in the spheres of medical, engineering and sports and as and when these universities will take concrete shape, all medical and engineering colleges and sports academies of the state will come under the purview of newly created universities, delinking them from traditional institutions of higher education.

In contrast to the earlier tradition of making the governor chancellor, the chief minister of the state will act as chancellor. By making these laws, the state governments don’t seem to improve the deteriorating academic as well as administrative environment of the universities, but it’s a side effect of extending political power or putting the whole system under one’s control.

It is totally done on the basis of party lines, a clear tussle between governor and chief minister or a struggle of political influence between Treasury and Opposition benches which has evaporated the pious objectives of establishing the institutions of higher education a centre, with all qualities and potentials, to guide and regulate the life of individuals and society as well. Thus, it is the high time and golden opportunity to have a look at the entire process which provides the state’s higher education a real as well as ceremonial head in the form of vice-chancellor and Chancellor. It’s a work not to be done by the dominance of a politician, but supervised by them to preserve and protect the sanctity of higher education in the state, and thus the country.

In most cases Governors in Indian states play a dual role vis-à-vis State Government and being constitutional heads of the state, are bound by the advice of the Council of Ministers. They function as a link between the Union and State Governments. While his functions as chancellor are laid down in different statutes that govern the universities in a particular state, the governor’s role in appointing the vice-chancellors has often triggered disputes and so many rumours cropped up in public through the print as well as electronic media from time to time.

By law and tradition, chancellor is the titular head of the state universities in a state and appoints a vice-chancellor on his behalf, with fruitful consultation with the state government, to handle the day today affairs in a transparent way as a leader of academic, administrative and financial arena to achieve the cherished goal of the organisation.

The seen and unseen irregularities have weakened the entire higher education system from within with no end in sight in the near future. Especially, in this era of globalization when everything including education has come on the universal radar, the system of higher education needs an overhaul from top to bottom in a way to make it effective, purposeful, and a model for others to imitate and move forward in a right and proper direction.

Although outwardly,  it makes no difference for students, teachers and staff of universities who dominate the arena, it produces a rotten lot for the present day society who are the future guide and inspiration for the coming generation. At a time when there is a dire need of converting our knowledge into learning by adopting skill development programmes attached with scientific progress and innovations, universities are working in a status-quo manner with poor vision and outdated work culture, far away from modern technology and updating of skills. They have least relation with qualitative/genuine research, purposeful curriculum, publication of quality national and international journals. On many counts, especially the universities of north India have failed miserably in making honest, efficient, academic and administrative appointments, which resulted in continued deterioration of the sanctity and integrity of higher education in the state and the region as well.

There is no doubt in the fact that vice-chancellors are the real executive and academic as well as administrative heads of the university, are appointed on the recommendation of the search-cum-selection committee, normally comprising three members, two nominated by the chancellor (chairman and an educationist) along with one representative from the state government, expectations from this newly search committee constituted as per guidelines of University Grants Commission (UGC), is in the pipeline, while downward slide of the higher education is in progress not for want of pious intentions but lack of determination at the highest political level to translate the vision into reality.

By law and tradition, chancellor is the titular head of the state universities in a state and appoints a vice-chancellor on his behalf, with fruitful consultation with the state government, to handle the day today affairs in a transparent way as a leader of academic, administrative and financial arena to achieve the cherished goal of the organisationHowever, several charges are levelled and question marks raised against the process and the competent authorities as well, of a number of irregularities that have been passed on without taking  any notice, leading the  higher education to be treated as an institution of certificate imparting agency rather than an excellent institution of quality research, a centre of skill development with programmes of employable courses, as well as a symbol of morality, integrity, transparency in work culture and a source of inspiration for the people who live in the surroundings.

January 28, 2023
PML(N) Senior Vice-President Maryam Nawaz returned to Pakistan after nearly four months in London, where she not only spent time with her father, Mian...