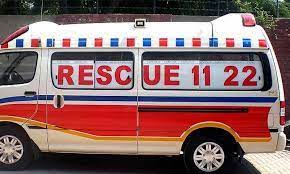 After Karachi, Sindh government has launched Rescue 1122 service in the Larkana district.

“Soon Rescue 1122 service will be started in all the big cities of the province,” Rajput said while presiding over a review meeting of Rescue 1122 Services.

He further said that Rescue 1122 service would be launched in Thatta and Sujawal and soon 315 ambulances would be added to Rescue 1122.

Funds are being released for Ambulances services under 1122 and the ambulances are being handed over from Sindh Resilience Project to SIEHS and a total of 315 ambulances will operate in the province, the meeting told.