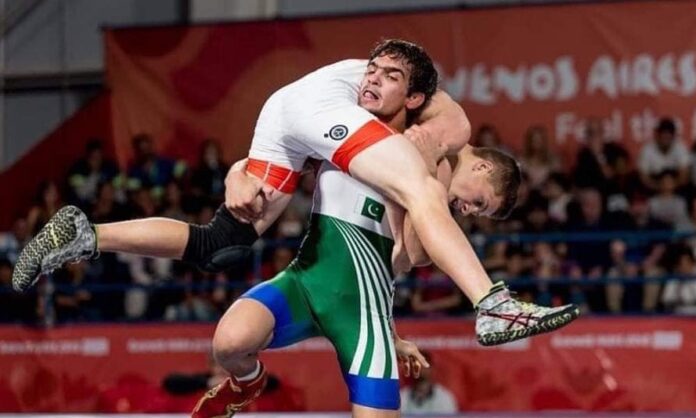 Pakistani wrestlers squad that grabbed the third spot in the world Mas Wrestling Championship 2022 was accorded warm reception on reaching home from Russia on Wednesday.

Divisional Sports Officer Rana Nadeem and other sports officials besides coaches and wrestling lovers welcomed the mas-wrestling squad at the sports gymnasium and decorated them with flower garlands after the wrestlers landed at Multan International Airport Wednesday morning.

Nawab Furqan Khan, himself a wrestler with many successes for the country in wrestling, had organized the team as president Traditional Sports and Games Pakistan Association, was elated at the medal score Pakistani players registered in the world level competition.

He said, Pakistani squad remained medal-less during first three mas-wrestling championships held in 2014, 2016 and 2018. The fourth championship was special as it brought honours for Pakistan, adding that it was scheduled in 2020 but delayed to 2022 due to coronavirus pandemic.

Players and officials including coach Raja Qadeer Haidar, head coach Muhammad Aslam, and Hussain Khalid expressed delight and said they would train harder for the gold medals in the next world mas-wrestling championship.