Crunch talks kick off on global pact to protect nature 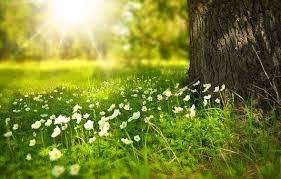 Negotiators from almost 200 countries will begin crunch biodiversity talks in Nairobi on Tuesday, working towards a much-delayed global pact to protect nature from the damage wrought by human activities.

International efforts to protect the natural world — including the air we breathe, the food we eat and the water we drink — have been severely slowed by the Covid-19 pandemic, while the destruction continues at a frantic pace.

As the meeting kicked off, the UN confirmed that the thrice-delayed COP15 biodiversity summit — originally set for Kunming, China in 2020 — will now take place from December 5 to 17 this year in Montreal, Canada.

Country representatives in Nairobi are tasked with hammering out details of a draft text outlining a global framework to “live in harmony with nature” by 2050, with key targets to be met by 2030.

Many hope the landmark deal, when finalised, will be as ambitious in its goals to protect life on Earth as the Paris agreement was for climate change — even if the United States is not a party to UN efforts to conserve nature.

Proposals include a global commitment to set aside at least 30 percent of both land and oceans as protected zones by the end of the decade, as well as efforts to cut plastic and agricultural pollution.

“What is important is increasing protection, restoration of degraded areas, trying to prevent the further degradation of natural habitats by infrastructure development and pollutions,” said Linda Krueger of The Nature Conservancy environmental group.

Doing so has become critical after countries failed almost entirely to reach a similar set of 10-year objectives set in 2010 under the UN’s Convention on Biological Diversity (CBD).

Delegates gathered in person for the first time in two years for talks in Geneva in March, but the meeting ended with many unresolved issues.

The draft text is currently peppered with brackets on almost every line, which means there is not a consensus on the current wording.

Further discussions were then scheduled for the June 21 to 26 Nairobi meeting, to prepare for the main COP15 conference.

Initially set to take place in China in October 2020, COP15 has been postponed several times.

A first largely ceremonial meeting was held virtually in Kunming in October 2021.

One of the main tasks for delegates in Nairobi will be to clean up the “messy” draft text so it is ready for final discussions at COP15 when it goes ahead, said Li Shuo of Greenpeace.
“The Nairobi meeting will answer one simple question — are we going to open COP15 on firm or shaky ground?” he told AFP.

A major point of contention is finance for poorer countries seeing the most severe impacts on biodiversity.

In Geneva, a coalition of countries from Africa, South and Central America caused a stir by calling for at least $100 billion a year initially — similar to the money promised by rich countries to help poorer ones adapt to climate change.

By 2030 they said the support should rise to $700 billion dollars annually.

Wealthy countries have balked at the proposal but the issue will be at the heart of the discussions in Kenya.

“A key challenge will be to rebuild trust on finance between developed and developing countries,” said Oscar Soria, of the campaign group Avaaz.

Without that he said it would be difficult to find consensus on the agreement’s ambitious goals.

The Nairobi meeting is also expected to underscore the role of indigenous peoples, who steward land home to 80 percent of Earth’s remaining biodiversity, according to a recent landmark UN report on climate change impacts.

In Tanzania, a voluntary government relocation program ushering Maasai from the Ngorongoro Nature Reserve has been criticised by human rights activists.
“This is exactly what should be avoided” under the new UN agreement, said Jennifer Tauli Corpuz of the non-profit Nia Tero, who is part of the indigenous caucus to the CBD.

Jerusalem: Israeli lawmakers on Tuesday unanimously approved a bill to dissolve parliament, a key legislative step that pushes the country closer towards its...
Read more
World

US, Iran chief negotiators to start nuclear talks in Qatar

DOHA: Chief negotiators from the United States and Iran were due to start indirect talks in Qatar on Tuesday, bidding to remove obstacles...
Read more
World

BOGOTA: At least 49 inmates were killed and dozens more injured early Tuesday after a fire broke out during a prison riot in southwestern...
Read more
World

As two important forces in the world, China and the European Union (EU) should strengthen dialogue and communication and unswervingly uphold their partnership, said...
Read more
World

Muslims were being targeted on social media by backers of the ruling Bharatiya Janata Party and other Hindu nationalist groups in India, said a...
Read more
- Advertisment -