Spitting on the King’s face

Kings must watch out for themselves 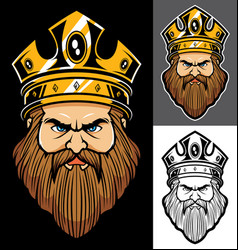 A letter from Prometheus

In our junior school, we had a classfellow who was in the habit of spitting on the faces of others and then running away. Despite complaints, no action ever took place against him for his indecent and obnoxious behavior because his mother was a senior teacher and an influential woman.

Responding to the complaints, she always had some justifications for her son’s acts. One day, he spat on the face of the son of a provincial secretary. Enough was enough —there were serious consequences and 15-day-long scenes. He was rusticated from school but he got readmitted within 15 days and we were told that the matter had been amicably resolved between the two families.

He came back into the class with new ambitions of spitting on everybody he wished. He was now more confident than ever knowing that nobody could dare to question his conduct and he was somehow or other justified in  this new confidence. I left this school in the 1980s and moved to another so I did not have much information about him and his rising princely habits. Life went on. In the 1990s when I was a crime reporter in an English daily, an old schoolfriend contacted me and informed me that our influential lady teacher was ruthlessly beaten up by her son and she was hospitalized. He asked for my help in this case and told me that the prince had almost killed her. The first sentence that came out of my mouth was, “ Good grief, at last the prince got hold of the Queen. “

You can find several princes and many queens around you and also some princes and kings too. They are in every society and they have similar personality traits but with different fates.  When a prince does something to someone, the king smiles and enjoys the power conferred on his son to behave with others in whatever manner his son wishes to. Alas, sometimes such manners end up in the prince’s hands reaching to the king’s beard. Grooming and educating princes is a very tiresome job, if kings really wish their princes to learn the skill of governing their states in a manner that can bring them fame instead of infamy.

The prince is more dangerous if he is adopted and raised with the motive of replacing the bonafide heirs. One such example is Nero Claudius Caesar Augustus, popularly known as Nero, of Rome.

He was the fifth Roman emperor and his obnoxious conduct and arrogant style of ruling resulted in the end of the Julio-Claudian dynasty. He ruled from AD 54 until his death in AD 68. He was adopted by the Roman emperor Claudius at the age of 13 and succeeded him on the throne to the exclusion of Claudius’s real son, Britannicus. Nero was Claudius’’s stepson, being the son by a previous marriage of Claudis’ wife (and Britannicus’s stepmother) Agrippina.. He got the throne with the support of the Praetorian Guard and the Senate.

Historians indicate that Nero was advised and guided by his mother Agrippina, his tutor Seneca (famous dramaturge, writer, and minister of Nero), and his praetorian prefect Sextus Afranius Burrus, but he soon sought to rule independently and to rid himself of restraining influences. It may be remembered that the Praetorian Prefect was a high office in the Roman Empire, originating as the commander of the Praetorian Guard (which made him the chief of the special guard force). However, he did not listen to anybody and his power struggle with his mother was eventually resolved only when he murdered her. The information came to us through historians, poets, and dramaturges who portrayed him as tyrannical, self-indulgent, debauched and eventually declared a public enemy by the Roman Senate.

Nero was also known as a disobedient adopted son who spat on the face of his father several times but his father did not take any action and considered his act as an act of an arrogant child. We know powers always love and encourage arrogance so the father of Nero loved Nero’s acts.

The time has changed and princely states are mere memories of bygone days in the Subcontinent. Today, “political power” is the state where princes rule. We can find a number of political heirs in Pakistani politics who were allegedly raised to the level of a prince and then their hands reached to the beards of the kings and the majority of them ended up intimidating the state and then were consequently removed from their thrones. We have also observed that adopted princes always spit on the faces of those who produced them. Do we learn from history?

The historian Tacitus claims Nero was neurotic and morally corrupt while the historian Gaius Suetonius accused him of the Great Fire of Rome for clearing land for his planned “Golden House” and then he held Christians responsible for the fire and had them burned alive.

The relationship between the adopted heir and mentor usually becomes imbalanced when the adopted heir wants to grab absolute power and wants to command everybody around him. This quest for “absolute power” entangles their relations and ends only when one of them is eliminated physically, morally, or politically. The desire to subjugate everybody always produces enemies and disputes.

It is always worth reading Homer’s Iliad when I wish to find philosophical and historical perspectives of social or political dynamics. Homer says that when a dispute arises for absolute power, usually disput5ng parties never listen. He cites in Iliad that Agamemnon who was the king of Mycenae had a dispute with Achilles, and Nestor, who was the king of Pylos, asked both (Agamemnon and Achilles) to back down. However, fueled by his intense pride, the angry Agamemnon ignored Nestor’s plea, accusing Achilles of wanting to rule and lord it over everyone. Here Homer writes this as:

True, old man – all you say is fit and proper –

but this soldier wants to tower over the armies,

he wants to rule over all, to lord it over all,

give out orders to every man in sight. Well,

there’s one, I trust, who will never yield to him!

Homer says that there is always the one who never yields to anybody— He is the real King.

The time has changed and princely states are mere memories of bygone days in the Subcontinent. Today, “political power” is the state where princes rule. We can find a number of political heirs in Pakistani politics who were allegedly raised to the level of a prince and then their hands reached to the beards of the kings and the majority of them ended up intimidating the state and then were consequently removed from their thrones. We have also observed that adopted princes always spit on the faces of those who produced them. Do we learn from history?

With the removal of the elected government of Imran Khan on April 9, Pakistan is at the crossroads again. On 5 July 1977 General...
Read more
Comment

The protest against the Indian government’s agnipath (in the line of fire) scheme to train agniveers (fire sons) continues unabated. Even the farmers’ unions...
Read more
Comment

Rohingyas have rallied in their refugee camp to return to Myanmar. Demonstration processions and rallies were held under the banner of the Rohingya community...
Read more
Editorials

On Tuesday tens of thousands of people came out into the streets in Karachi on a second consecutive day to protest against power shortages...
Read more
Editorials

The Federal Board of Revenue has finished the fiscal year, 2021-2022 with a flourish, and has achieved a revenue collection of Rs 6000 billion,...
Read more
Letters

Recently, I received a direct message from a cousin via the messenger app of a social media website. The message stated that he had...
Read more