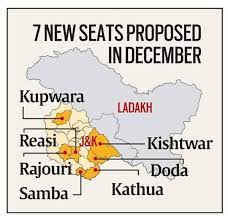 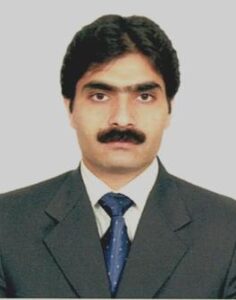 Delimitation of constituencies by BJP-led government in IIOJK using gerrymandering tactic giving more assembly seats to minority Hindu populace over Muslim majority populace has not only hurt the sentiments of people of Kashmir on both sides of the border but also united the political leadership of IIOJK to resist this unlawful Indian move.

In leading democracies, gerrymandering is being used for political control of electoral district boundaries with the aim of providing unnecessary benefit for a party, group, or socio-economic class inside the constituency. Two principal tactics are utilized in gerrymandering: “cracking” and “packing”.

Though delimitation in IIOJK has been on the BJP’s manifesto since 1995, when the last such exercise was done in the state. Now, the delimitation commission established by the Modi government in its “Draft proposal” submitted in Dec, 2021 had proposed six extra assembly seats for the Jammu district and just a single additional seat for Kashmir.

The Commission has proposed redrawing of five out of eight assembly segments of the capital Srinagar. Under the new suggestions, the HabbaKadal assembly segment, which had a sizable number of Kashmiri Pandit voters, has been parted into three seats. Wide-scale consolidation and formation of new constituencies in North Kashmir and Central Kashmir’s Budgam has been proposed.

The Kunzer region is probably going to be another assembly segment, while Sangrama will be merged into different electorates in North Kashmir. Rajouri and Poonch areas, which have a huge populace of Hindus, will be a part of South Kashmir’s Anantnag parliamentary body electorate, which previously had overwhelmingly Muslim majority. The plan would raise the number of assembly seats in Jammu to 43 from existing 37 and to 47 in Kashmir from 46.

The recent visit of Indian PM Modi to IIOJK on 24 Apr, 2022 seems an effort on his part to muster support for finalization / implementation of IIOJK delimitation commission report and secondly, to launch a convincing campaign to develop a favourable public opinion for the acceptance of recommendations of the commission. Thirdly, his visit was also aimed at pacifying the mounting international concerns over the Indian occupational forces HRAs in IIOJK.

Though PM Modi has announced that statehood in the valley will be restored after the situation returns to normal but his real plan to impose Hindu Raj in IIOJK through political coercion and bringing a Hindu CM in Muslim majority areas in IIOJK after delimitations has been exposed and not only the people of IIOJK but its political leadership and international stakeholders would out rightly reject any such attempt by Indian government.

The commission’s report had come up with sharp criticism especially from the Kashmir based political parties after it had recommended an increase of six seats in Jammu and one in Kashmir. All political forces of IIOJK including ‘Apni Party’ which was earlier labeled by Peoples’ Alliance for Gupkar Declaration (PAGD) as B group of BJP has also rejected the proposals of delimitation commission considering it as an “attack on political incomparability of Kashmir in J&K’s legislative issues and “part of the series of measures began by BJP-led government from fifth August 2019 to undermine Kashmiris of IIOJK”. National Conference (NC) dismissed the commission report, saying the proposals were “unlawful”. The subsequent draft can be named as an obtrusive move of “Gerrymandering” to redraw the constituencies to give Hindu populace larger share.

Omar Abdullah said, “The proposal of the J&K delimitation commission is unacceptable. The distribution of recently created assembly constituencies with 6 going to Jammu and simply 1 to Kashmir isn’t legitimized by data of the 2011 census”. Mehbooba Mufti said “the real game plan is to introduce an administration in J&K which will legitimize the unlawful and illegal acts of 5 August 2019. They want to pitch individuals against one another by disregarding the population census and proposing 6 seats for one region and just one for Kashmir”.

Sajad Ghani Lone said the proposal “smells of a predisposition” and is a “shock to the individuals who have faith in majority rule democratic government in Kashmir”. The Gupkaralliance has also likewise dismissed the proposal of the delimitation commission by emphasizing that India has no legitimate purview to include Jammu and Kashmir being disputed region in the light of UN resolutions; India illegally attempted the activity in the garb of revocation of Article 370 and 35A. India has intentionally done the delimitation, with the goal that it can hold and win elections to persuade the world of its goal to the democratic values.

It is a bitter global fact that the issue of IIOJK has always been a flashing point between the two nuclear neighbor states and it is evident from the history that three wars were fought between India and Pakistan on this longstanding unresolved issue.

The BJP-led government of India is using extensive military might against the unarmed brave nation in the valley who are struggling for their right of self determination in the light of UN declarations. Many international human rights organizations, UN bodies and international community although are raising voices against human rights violations at the hands of Indian forces in IIOJK but even then,the Indian rulers are adamant and continue to suppress the voices of Kashmiri people which is clear violations of UN declarations and international laws.

The issue of Kashmir hasserious implications for the regional and international peace and security. The cruelties of Indian PM Narendra Modi did not stop despite of prolonged imposition of curfew-cum lockdown in IIOJK since 5 Aug, 2019 and now has gone beyond the heights of brutalities by bringing delimitations in IIOJK to lower assembly seats of Muslim majority and raise assembly seats of Hinduswho are in minority.

This brazen effort by the Indian government is a direct attack on the democratic rights of the people of IIOJK, particularly Muslims and exposes India’s true face to regional and international power corridors. Pakistan will also continue to morally, politically and diplomatically support Kashmiri brothers and sisters in their rightful struggle in all regional and international venues. Second, the resilient and brave people of the valley, particularly the youth, will not accept any such move by the self presumed champion of democracy and so-called secular state putting together totally on the basis of malafide designs. The people of IIOJK see a bleak future under Indian rule, and they now wish to free themselves from the chains of enslavement imposed illegally by Indian expansionist designs.

The Author is media scholar and freelance journalist. He can be reached @[email protected]

Being a signatory of international instruments on human rights, Pakistan is supposed to fulfil certain international commitments such as the Universal Declaration of Human...
Read more
- Advertisment -