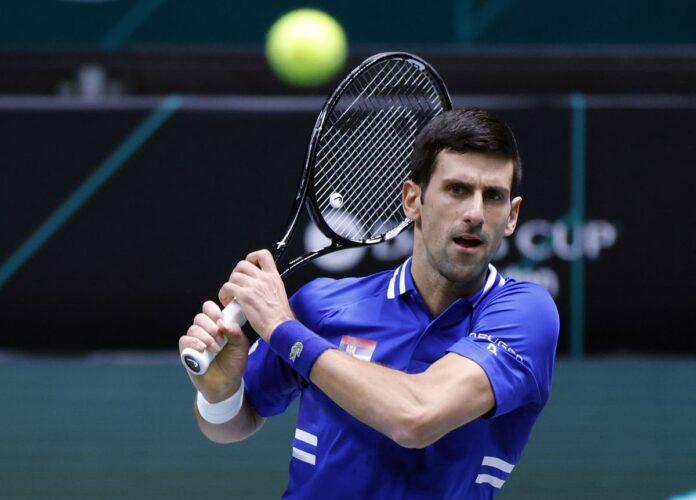 PARIS: World number one Novak Djokovic has said he would like to return to play in Australia again despite being deported from the country earlier this year due to not having a Covid-19 vaccination.

The 20-time Grand Slam winner was unable to defend his Australian Open title in January after being deported amid a media frenzy after being initially admitted to the tournament despite not being vaccinated.

“I don’t hold any grudges. Look, you know, it was what it was. If I have an opportunity to go back to Australia and play a place where I made the biggest success in my career on Grand Slam, I would love to come back.”

Djokovic, who is not vaccinated against Covid-19, was flown out of Australia after an 11-day ordeal at the discretion of the country’s immigration minister over concerns the tennis great could fuel anti-vax sentiment.

Scott Morrison, the Prime Minister at the time, has lost elections since and Australia’s Labor Party leader, Anthony Albanese, was sworn in as the country’s 31st prime minister earlier this month.

Djokovic had spent some days in an immigration detention centre in Melbourne and had met refugees who had been there for years. Some have since been released.

“If that’s correct, then I’m obviously very happy about it, because I know that it was very difficult for them, particularly for the ones that stayed there for nine years,” Djokovic said.

“You know, I stayed there for a week, and I can’t imagine how they felt for nine years. If I brought some light to that situation then, you know, in a positive way for them, for this to happen, then of course I’m very happy.”

The debacle surrounding Djokovic deprived the 35-year-old of the chance to win a record-extending 10th Australian Open. He could have also claimed a record 21st Grand Slam title – a feat his rival Rafa Nadal managed to achieve in Melbourne instead.

The Serbian also expressed his shock and sadness at the imprisonment of his former coach Boris Becker, jailed in England for two years and six months in April for hiding hundreds of thousands of pounds of assets after being declared bankrupt.

“It’s terrible. I don’t know what to say,” added Djokovic.

“I mean, I’m just very sad that someone I know so well, and of course someone that is a legend of our sport, is going through what he’s going through. It breaks my heart to, you know, see him go through this.”