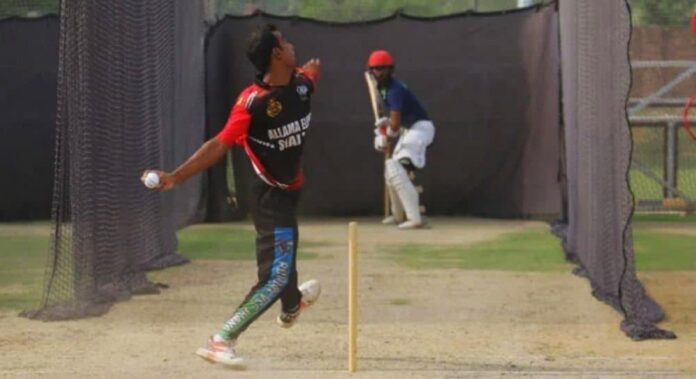 His ‘slingy’ action and ability to bowl 87mph despite having no formal training left former England pacer and Yorkshire Managing Director, Darren Gough in sheer disbelief.

“He bowls 87mph in trainers with no spikes, doesn’t really know how to hold the ball properly, and has no real stability when he lands but somehow gets the ball on the other end at 87mph – I mean, wow,” said Darren Gough while speaking to the media.

Former Pakistan pacer and PSL title-winning head coach, Aqib Javed, also stated that he too was impressed with Tayyab’s unique talent and he has the potential to become a real asset to the franchise.

Hailing from Jhang, Tayyab has aspirations to change his fortunes as he currently works as a welder while his father owns a small bakery in the city.

Speaking to the media, Tayyab also expressed his delight after being highlighted during the trials.

“I have a dream to play for Lahore Qalandars and I have taken the first step by coming to the trials and going through with them,” he said.