How important is staying out of jail? 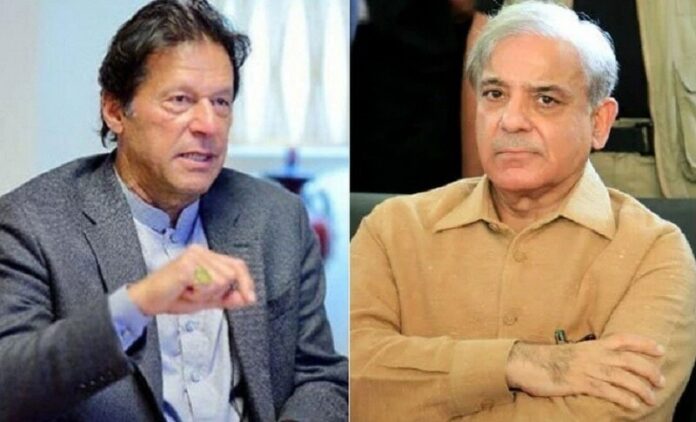 By threatening legal action against PTI chief Imran Khan, Prime Minister Shehbaz Sharif merely added to what is already a long list of legal battles that Imran may have to face, while interestingly some at least of the charges against him have to do with his post-ouster conduct.

It is also noteworthy that Shehbaz has made the threat with reference to remarks that Imran is supposed to have made about the Army, which is thought to have ‘selected’ Imran to become Prime Minister in a hybrid regime. The irony lies in how Imran is supposed to have turned on the people who brought him to power, but who stopped keeping him in power any longer, because of which his government collapsed.

It is worth noting that, of the charges arising out of his rule, none appertain to his oppression of the press, or the charges made against opposition leaders. However, there is still a widespread feeling that the charges against him are essentially acts of vengeance by the ‘ins’ who were so recently ‘outs’ and who faced the wrath of the investigating agencies, particularly NAB, under Imran.

Imran has not been charged with anything except being behind the desecration of the Masjid-i-nabvi, when PTI workers chanted slogans of ‘thief’ against Prime Minister Shehbaz Sharif when he visited. Imran has been successful in getting bail before arrest in this case, and has thus come off successful in his first legal battle with the new government.

Perhaps the reason why the government was obliged to register the case was because it has attacked the religious sentiments of the entire nation. Though the Saudi authorities had the matter well in hand, it was essential for the government to do something, lest it become a victim of charges that it took the blasphemy lightly.

While the case is serious, more serious are the charges of what Imran was up to while in power, specifically cases which show him as corrupt and sleazy. This is important for both sides, for while no politicians have based their appeal on being corrupt, few have made their appeal rest so heavily on their campaigns against corruption.

That early elections mean that the next PM will nominate the next COAS also counts. That provides Imran an opportunity, for if the present government is to make that appointment, it could be driven to collapse, as the two major components squabble over the choice. It is a distant prospect, but that it has been mentioned shows it is not beyond the realm of possibility that a PTI-led coalition might take office in time for the appointment

One attack on his anti-corruption efforts is that they have been directed against political opponents. Another has been that his government has failed to make any recoveries. Amid this faltering narrative, if Imran himself is shown to have indulged in corruption, his Mr Clean image, the only asset he has left in the anti-corruption crusade, will take a beating.

It may or may not be significant that he has not stressed the corruption card in his current round of rallies. He is now stressing the nationalist card, of being ousted by a US-backed conspiracy directed against his foreign policy.

The first case that is being raised is that of the toshakhana gifts. It seems that while Imran Khan did get certain items out of the toshakhana by paying the official fee, he then sold them. The effects of selling presents from foreign dignitaries apart, the knowledge that Imran bought at well below market price and then sold at market price, pocketing the difference does not make for good optics, especially for the squeaky clean image.

The supposed sale of postings and general corruption by Farhat Shahzadi ‘Gogi’, with vast wealth accruing not just to her, but to various relatives, had not been given the sort of depth that NAB gave to various officials and politicians, but NAB is apparently seized of the matter. Ms ‘Gogi’ and her husband, a former district council Chairman, are returning to Pakistan, to clear their names. Imran himself has defended her in a press conference, drawing some adverse comments for doing so. There is also a rumour that she is willing to become an approver, which adds to the excitement that will be occasioned by her return to the country.

Another vulnerability of Imran to the corruption smear will be the foreign funding case which is before the Election Commission of Pakistan. There are allegations of corruption by not just Imran, but other leaders of the party. Imran could end up being disqualified because of certificates he issued as party chairman. The party could also be banned.

Then there are the allegations of high treason, with the President, the Punjab Governor, the Speakers of the Punjab Assembly, and of the National Assembly, as well as the Deputy Speaker, joining Imran under charges of subversion of the Constitution. Only the federal government can file an FIR. So far, no FIR has been filed.

Another sword of Domacles held over Imran’s head has been the potential release of videos starring him. Indeed, there was recently as much stir as before the release of a Hollywood blockbuster. Indeed, the stir has been such that Imran and his cohorts have warned that there are ‘fake videos being prepared as part of a campaign for his character assassination.

It is alleged by some that those videos are being held back, and are being used as bargaining chips, which will not be released if he cancels his threatened Long March. That might cause him a problem, for while it is safe to predict that if his supporters receive evidence that he has been a bad boy, it will not cause them to abandon him. However, his image as Mr Clean can be eroded, and he might find his support dwindling because of that.

Then there is the question of why the government is hesitating about acting against him. It may be because it does not wish to appear vengeful, but it may find that ending the politics of vengeance is perhaps too high-minded an approach for its opponents.

There is another conundrum still not solved. Imran’s demand for fresh elections is not just because he has got the wind behind him, but also because he wishes to avoid the electoral consequences of being prosecuted. That early elections mean that the next PM will nominate the next COAS also counts. That provides Imran an opportunity, for if the present government is to make that appointment, it could be driven to collapse, as the two major components squabble over the choice. It is a distant prospect, but that it has been mentioned shows it is not beyond the realm of possibility that a PTI-led coalition might take office in time for the appointment.