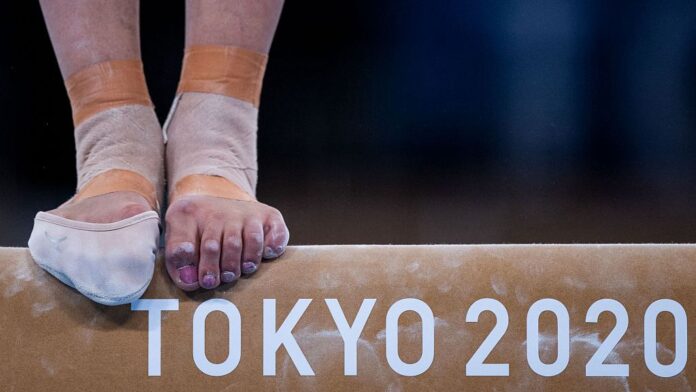 A group of 71 current and former Canadian gymnastics national team members have asked the director-general of Sport Canada to launch an inquiry into the sport’s national governing body’s “toxic culture” because they “can no longer sit in silence.”

According to multiple Canadian media outlets, an open letter was sent to Vicki Walker on Monday, saying plenty of complaints have been made against Canadian coaches in private, but the fear of retribution prevented them from speaking out for nearly a decade.

“We are coming forward with our experiences of abuse, neglect and discrimination in hopes of forcing change,” the letter said. “We ask Sport Canada to take action to ensure the next generation of Canadian gymnasts is not subject to the physical and psychological trauma that we have had to endure.”

“Over the past five years alone, there have been multiple complaints about and even arrests for various forms of emotional, physical and sexual abuse. The subjects of these complaints have been Canadian coaches, many of whom we were exposed to as minors at GymCan sponsored training camps, provincial/national competitions, and national team assignments.

“We know that there are many more examples of harm that have not yet come to light, and we know that abusive behaviors continue in gyms across this country today,” the letter stated.

“The current Board and CEO of GymCan have failed to address these issues and have failed to earn the trust and confidence of athletes. Their inability to adequately respond to ongoing systemic abuse, mistreatment, and discrimination is troubling.”

The letter comes four years after disgraced former USA gymnastics doctor Larry Nassar was sentenced to more than 300 years in prison after molesting over 200 young gymnasts.

The Nassar scandal has rocked the U.S. Olympic Committee, USA Gymnastics and Michigan State University, where the doctor also worked. Several top officials have resigned amid the fallout, and the case has prompted several investigations into whether complaints against the doctor were ignored.

Rose Cossar, a rhythmic gymnast who competed for Canada at the 2012 London Olympics, said she hope the letter will open up conversations around the issue of sexual abuse, which will have a profound impact on minors.

“I really want to emphasize that gymnastics is a sport of children,” Cossar was quoted as saying by the Canadian Press.

“We all start when we’re very young. I started when I was five. You spend more time with your coaches than you do with your parents. You travel the world with your coaches, sometimes you live with them, it’s a very intimate setting.

“When you grow up in that kind of toxic environment, it has lasting effects on your life. That’s your developmental stages, you don’t have any sense of identity or confidence or of what’s right and wrong. You’re extremely vulnerable.

“It took me years to realize that a lot of the things that were happening were not OK. I did the sport for 16 years, probably the last six years of my career is when I started reporting things. The first 10 years, I was just in the thick of it,” she added.