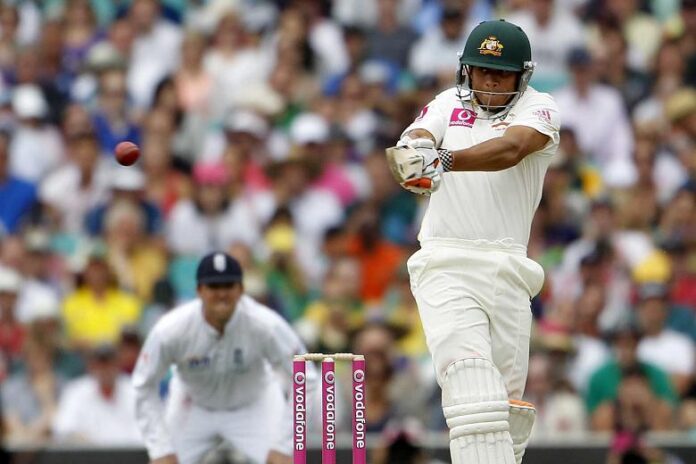 RAWALPINDI: Usman Khawaja narrowly missed out on a century in the country of his birth as Australia’s top batters made full use of a placid wicket to reach 271-2 on the third day of the first test against Pakistan on Sunday.

Khawaja, whose family migrated to Australia when he was four, capitalized on two dropped catches to score 97 while his opening partner David Warner (68) and Marnus Labuschagne (69 not out) also scored aggressive half centuries.

“It’s a bit disappointing, I would have loved the 100 out here in Rawalpindi-Islamabad where I grew up and have heard about it a lot from my family,” said Khawaja.

“I was having a lot of fun. I was enjoying playing and when you put it in perspective, I wasn’t even in the Australian team a few months ago, so I’m very grateful to be here and happy that I contributed to the team in the end.”

Bad light and heavy clouds brought an early closure to the third day’s play, 21 overs ahead of schedule as Australia batters prospered on a grassless wicket.

Australia still trails by 205 runs in its first test in Pakistan in 24 years after the home team had declared at 476-4 late on the second day.