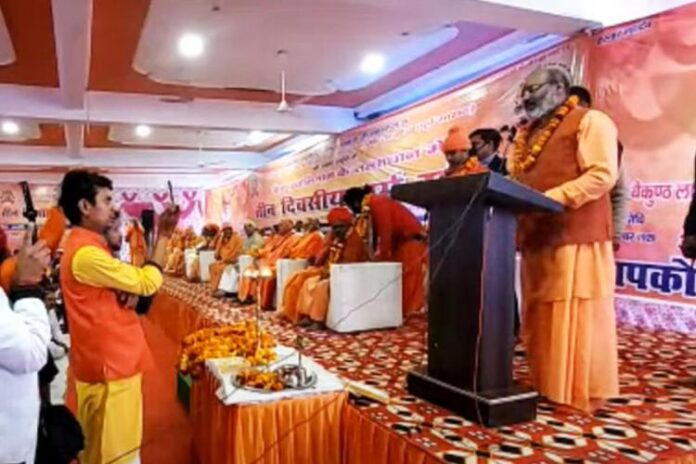 Former naval chief and senior military commander Arun Prakash has warned that India could descend into civil war as political leadership of the country had failed to condemn the recent genocide calls against Muslims by Hindu hardliners.

In an interview with The Wire, former admiral Arun Prakash said the silence of the country’s political leadership over calls for Muslim genocide and ethnic cleansing is “ominous … (and) there should be outright condemnation and firm action”.

He added that if this continues “there’s bound to be a counter” and “the next step could be conflict”. Asked if this meant India could face a civil war, the former admiral replied: “Yes, indeed”.

Prakash along with three other former Naval chiefs and a former Indian Air Force chief wrote an open letter to President Ram Nath Kovind and Prime Minister Narendra Modi on December 31 about the calls for genocide and ethnic cleansing.

When asked if he received any response from either, he replied, “None so far (and) it’s futile to expect one”.

The ex-admiral also raised serious questions about the fact that not a single former Indian army chief was willing to sign the letter.

The former army chiefs did not sign the letter either “because they believe the call for genocide and ethnic cleansing is something they agree with or because they are apprehensive of the consequences of signing such a letter”.

While discussing the impact of such calls of genocide could have on the three services, particularly the army, all of which have Muslim, Christian, Hindu, Sikh soldiers – in fact, soldiers from all the faiths of the country, he said: “Think what goes on in a soldiers mind? Such talk will send a message of deep disquiet to the armed forces.”

WASHINGTON: An Iraqi man who came to the United States two years ago and applied for asylum hatched a plot to assassinate former President...
Read more
World

HOUSTON: An 18-year-old gunman killed 14 children and a teacher at an elementary school in Texas on Tuesday, according to the state's governor, in...
Read more
World

Taliban to sign pact with UAE on running Afghan airports

The Taliban will sign an agreement with the United Arab Emirates on operating airports in Afghanistan, the group's acting deputy prime minister said on...
Read more
World

BEIJING: Chinese State Councilor and Foreign Minister Wang Yi is to start his trip to the South Pacific region and East Timor, with the...
Read more
World

JERUSALEM: Following the killing of Al Jazeera reporter Shireen Abu Akleh during a raid in the occupied West Bank, AFP has looked at the...
Read more
- Advertisment -