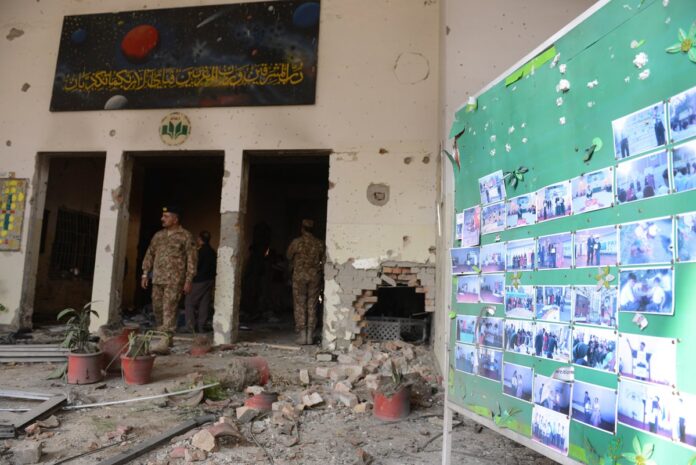 The federal government has sought time from the Supreme Court to submit progress report in the case of the Army Public School attack in Peshawar.

As per reports, a cabinet committee has been constituted to meet with the martyrs’ parents.

It is pertinent to note that earlier, Prime Minister Imran Khan had been directed by the Supreme Court to hear the views of the martyrs’ parents, after which he directed the officials to form a Cabinet committee.

The court had asked for a signed response from the PM within four weeks, which ends on December 10.

As per the government’s petition in the SC, the government has formed a committee to meet with the parents of the martyrs on the same day of the attack to commemorate the anniversary of the APS Peshawar attack which falls on December 16.

The petition’s text requested that the conclusion of the meeting between the parents and the committee be brought to light, as well as given a time so that a comprehensive implementation report could be filed with the court.

The Cabinet committee, on the other hand, was formed on the Prime Minister’s orders. It includes Shireen Mazari, Omar Ayub, Fehmida Mirza, and Sahibzada Mehboob Sultan.

Justice Ijazul Ahsan said at the case hearing that it is necessary to satisfy the parents of the APS martyrs, while adding that action must be taken against the then authorities.