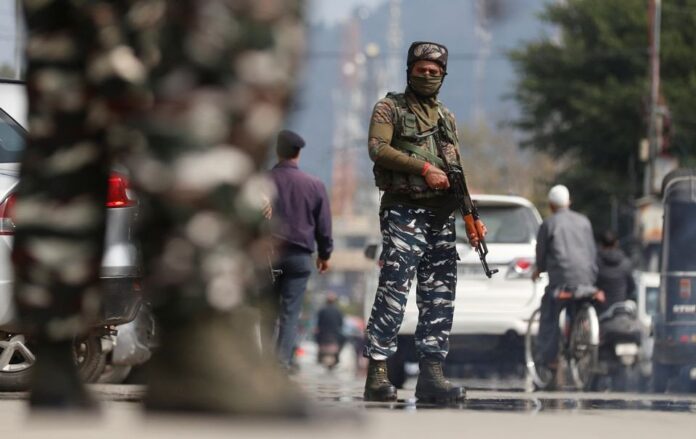 BRUSSELS: European Commission Vice President Josep Borrell has said that European Union (EU) is closely following the human rights situation in Jammu and Kashmir and stressed resolution of the dispute through dialogue.

Borrell underscored the need for restraint, de-escalation of tensions and called for constructive political and diplomatic engagement. This was stated as Borrell co-chaired the sixth round of EU-Pak Strategic Dialogue along with Foreign Minister Shah Mahmood Qureshi in Brussels on Tuesday.

Foreign Minister Qureshi reiterated Pakistan’s deep concerns about human rights violations by India in Jammu and Kashmir, and efforts to change the demography of the disputed territory in violation of UNSC resolutions.

Borrell welcomed as an important step, in the interest of regional peace and stability, the agreement of February 2021 between India and Pakistan for observance of ceasefire understanding at the Line of Control in Jammu and Kashmir and to engage through the established mechanisms.

Meanwhile, Qureshi exchanged views with the parliamentarians on a broad range of issues, including Pakistan-Belgium and Pakistan-EU relations, and regional and international developments.

The FM briefed the Parliamentarians on Pakistan’s cordial and friendly relationship with the EU and all its member states, which were manifest in close and frequent engagements. He underscored that Pakistan-EU Strategic Engagement Plan (SEP), signed in June 2019, had become the blueprint and roadmap for bilateral cooperation.

He noted that Pakistan and the EU had multiple mechanisms and dialogue frameworks, where all issues of mutual interest were discussed in an open and candid manner, says a press release.

Qureshi stated that trade and investment ties were a major component of Pakistan’s multifaceted relationship with the EU and Belgium. GSP Plus had been a mutually beneficial undertaking that played an important part in the growth of Pakistan’s bilateral trade with the EU countries. Pakistan remained committed to the full implementation of the 27 international conventions related to GSP Plus.

Highlighting the role of Parliaments in providing vision and opening new vistas of cooperation, the FM urged them to work with their Pakistani colleagues to further strengthen Pakistan-Belgium and Pakistan-EU partnerships.

Qureshi briefed the Parliamentarians on Pakistan’s key role in evacuation operations from Afghanistan post-August 15. He underscored the importance of the international community’s engagement with Afghanistan for stabilising the situation, reviving the economy, and facilitating lasting peace and stability.

He further stressed that international engagement and support were vital to avert a humanitarian catastrophe and fresh outflow of refugees as well as prevent Afghanistan from once again becoming a terrorist safe haven.

The Belgian Parliamentarians and the Members of the European Parliament thanked the Foreign Minister for his briefing on Pakistan’s relations with Belgium and the EU as well as regional developments. They appreciated Pakistan’s assistance in the evacuation operations from Afghanistan and facilitating international efforts for provision.

ISLAMABAD: The Supreme Court has asked the federal government why did it feel need to file a contempt of court case against PTI chief...
Read more
NATIONAL

December 2, 2022
ISLAMABAD: The Islamabad High Court (IHC) has admitted the separate appeal of PTI Chairman Imran Khan for early hearing in his disqualification by the...