Pakistan to host key global moot on Afghanistan on December 19 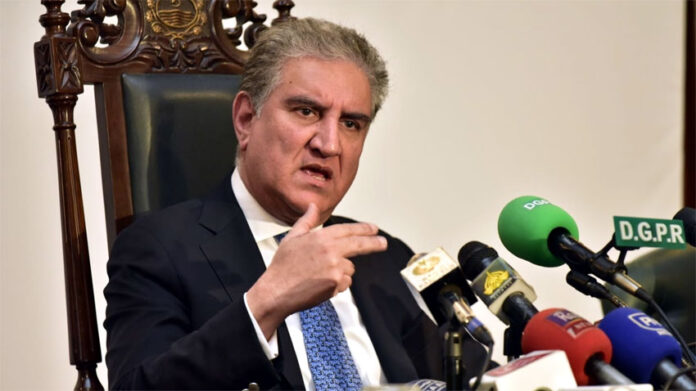 ISLAMABAD: Pakistan is all set to host an extraordinary meeting of foreign ministers from the Organisation of Islamic Cooperation (OIC) likely on December 19 in order to develop a joint strategy to prevent humanitarian crisis and economic collapse in Afghanistan.

Representatives from the powerful countries are also expected to attend the moot. Invitation is being sent to the Taliban interim government while permanent members of UN Security Council, representatives of European Union, World Bank as well as other international financial institutions would also be requested to join the council of foreign ministers of OIC on December 19 in Islamabad.

Foreign Minister Shah Mehmood Qureshi told reporters in Lahore on Saturday that representatives of countries including Germany, Japan and others would also be invited.

The December 19 meeting in Islamabad would be the largest international gathering on Afghanistan since Kabul fell to the Afghan Taliban on August 15. He said Pakistan has also invited UN P5 members to attend the OIC meeting on Afghanistan.

Pakistan has been spearheading efforts to garner support for the Taliban government in view of the worsening humanitarian and economic crises.

Despite concerns by the west and others, Islamabad has been advocating that it is not the time to abandon Afghanistan but to stay engaged with the Taliban government.

It’s efforts to keep the international community abreast of the Afghan situation seem to have made headway as reflected in the planned OIC foreign ministers meeting.

Qureshi said the purpose of the extraordinary meeting of OIC foreign ministers, which is taking place after the gap of 20-year war in Afghanistan, was to discuss the current humanitarian and economic situation in the country.

As many as 23 million Afghans are facing acute food shortages, according to the foreign minister. He said that Pakistan was inviting a high level delegation from the Taliban to attend the meeting, adding that the idea behind this was to give the Taliban a chance to present their perspective to the international community while the world could also ask and share their concerns.

“We believe that abandoning Afghanistan is not an option. We must not repeat the mistakes of the past,” Qureshi warned.

He went on to add that if urgent steps were not taken to help Afghanistan then it would lead to renewed instability not just in the war-torn country but beyond.

Elaborating further, the foreign minister said renewed instability would trigger a new wave of Afghan refugees. “This would put enormous pressure on the neighbouring countries of Afghanistan which are already hosting millions of Afghan refugees,” he said.

The initiative to call the extraordinary meeting of the OIC foreign minister was taken by Saudi Arabia, the current chair of the OIC summit. Qureshi said the proposal was discussed during the visit of Prime Minister Imran Khan to Riyadh in late October.

During the visit, the Saudi and Pakistani leadership discussed options on how to help Afghanistan at this critical juncture. “That’s when the idea of convening the extraordinary meeting of OIC council of foreign ministers emerged,” Qureshi told reporters.

He further said engagement with the current Afghan dispensation was the only way forward.

Qureshi said the instability in Afghanistan would engulf not just the region but also the west. “So, it is time to avert the imminent crisis,” he concluded.