The international community must fulfill its responsibility to Bangladesh 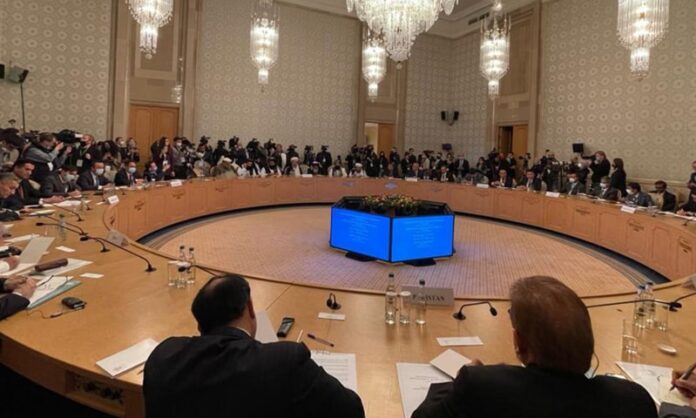 Rohingyas taking refuge in Bangladesh are deteriorating law and order situation in Cox’s Bazar. At the same time, they have been destroying the environment, forests, topography and biodiversity of the district for four years. Because of them, Bangladesh is now facing a terrible environmental disaster. Rohingyas deported from Myanmar for humanitarian reasons were given asylum in the country. But in the situation they have created, there is no chance for them to be flexible and sympathetic. Either way, they have to be sent back to their home country of Myanmar. There is no alternative. Otherwise, there is danger in front of Bangladesh.

Rohingyas have entered Bangladesh from Arakan and Rakhine regions due to torture and genocide by Myanmar’s military. But here the Myanmar government and the military junta are responsible for the damage they have done and are doing to the law-and-order situation and the environment. Because they pushed the Rohingyas to Bangladesh. Therefore, Sqngladesh has to demand appropriate compensation from Myanmar for causing an environmental disaster in Bangladesh. For this, if necessary, it should also go to the international court.

Since 25 August 2017, the Rohingyas who were persecuted in Myanmar have crossed the border in groups and settled in different places of Cox’s Bazar, including Teknaf and Ukhia. Within a few months, their number stood at 700,000. Earlier, about 300,000 more Rohingya men and women were staying in Cox’s Bazar. Talks were also underway with Myanmar to send them back. But Myanmar sent another 700,000 Rohingyas to this country without the previous ones returning them. As a result, the total number of Rohingyas coming to Bangladesh stands at 1,000,000. In the last three years, they have given birth to about 100,000 children in the camps in Bangladesh. As a result, the number of Rohingyas sheltered in Bangladesh is now 1.1 million. In a populous country, this huge number of Rohingyas is now a huge burden.

For humanitarian reasons and at the request of world leaders, the Bangladesh government has given temporary shelter to the Rohingyas. Shelters have been set up for them. They are also getting food and treatment. In return, they continue to increase their numbers. If it continues to grow in this way, their number will be 1.5 million after a few years. When you think about what the situation will be like, panic arises.

Cox’s Bazar, the world’s longest beach area and the country’s main tourist destination, is in dire straits today because of the Rohingya. There are reports that Rohingyas are leaving government-run camps and building houses in the hilly areas and natural forests in the southern part of the district.

Surprisingly, they are doing these misdeeds without hindrance. According to media reports, the Rohingyas have cut down to build houses and collect fuel over 6000 acres of forest. The IUCNO, a Swiss-based environmental organization, has reported the damage due to Rohingya migration. These forests are the habitat of Asian elephants. But due to deforestation, their free movement is being disrupted. They cannot get enough food and are attacking the locals. In addition to elephants, other wildlife and bird habitats have also been damaged or destroyed. Along with livestock, various species of trees, medicinal plants, vines, shrubs, bamboo, cane and many other plants have been destroyed or wiped out from that area of Cox’s Bazar. The UNDP and various agencies have conducted research on the extentthe Rohingya migration has damaged the environment in the southern part of Cox’s Bazar, including Ukhia and Teknaf. The biodiversity of Cox’s Bazar is being severely damaged.

Hills and mounds have also been cut indiscriminately. Geo-natural changes are thus occurring in a large area in southern Cox’s Bazar. The ground water level in the area has gone down. So far, over 9000 tube wells have been installed to meet the Rohingya’s demand for drinking water. That is also why the groundwater level is getting lower. Most of the hill streams are now dehydrated almost year round. As a result, there is a shortage of natural potable water for local residents. Landslides are also occurring. Several people, including Rohingyas, were killed during the monsoon

Waste management in Rohingya camps is inadequate. During the monsoon, various wastes including plastics are mixed with the flood water and fall into various connection canals including the Naf river. This is polluting the river water and has a detrimental effect on fish and other aquatic life.

The law-and-order situation in the southern part of Cox’s Bazar has deteriorated significantly in the last four years. The main reason is the drug business. Large quantities of yaba are entering Bangladesh illegally from Myanmar. A section of Rohingya refugees and drug producers in Myanmar are actively involved with yaba smuggling. There are various drug factories inside Myanmar,, including those making yaba and ice. The military junta there does not prevent this. Drugs produced in Myanmar are not sold or used there. The main market is Bangladesh.

There are allegations that some terrorist groups are also among the Rohingya. At least six people, including three teachers and a student, were killed when gunmen opened fire on sleeping teachers and students at a madrassa in the Ukhia Rohingya camp on October 29. Earlier, on September 29, a group of terrorists shot dead Rohingya leader Muhibullah inside the camp and fled. He was vocal in his support for the repatriation of Rohingya refugees to Myanmar. There was also an organization of Rohingyas under his leadership. He sought to build international support for the repatriation of Rohingya.

Bangladesh gave shelter to Rohingyas for humanitarian reasons. Initially, various international organizations, including the UN, and many countries, including the USA, praised Bangladesh’s role and extended a helping hand. They promised to cooperate in all kinds of repatriation. But no one spoke.

Foreign aid is coming for the Rohingyas, foreign agencies and NGOs have opened offices in Cox’s Bazar to serve them. Domestic and foreign officials are taking huge salaries. They no longer talk about Rohingya repatriation. They take no pains for repatriation.

Earlier, it was said that the Rohingya issue is international and will be resolved through international initiatives and efforts. But foreigners no longer see it as international, but as bilateral between Bangladesh and Myanmar.

The reality now is that Myanmar does not even consider it a bilateral issue. They are in their previous position. They claim that Rohingyas are the people of Bangladesh, and will stay there. However, before 2016, a significant number of Rohingya refugees in Bangladesh were repatriated to Myanmar and resettled in Rakhine. Now they have forgotten that, because the international pressure on Myanmar on the Rohingya issue is not the same as before.

Bangladesh’s diplomatic efforts are relevant. There is not enough space to say enough about them. Neither China, the USA nor India has taken a clear stand with Bangladesh on repatriation. It would not be wrong to say that their diplomatic position is more or less towards Myanmar, because of their interests.

In this situation, experts think there is only one way open to Bangladesh, a strong, vigorous and effective diplomatic effort. Bangladesh now has good relations with China. Trade and economic cooperation exists, and China is actively participating in many projects in Bangladesh. It is thus possible to get China’s cooperation If China can be persuaded, it will not be difficult to get the active support of India and the USA.

It has been said from the beginning that Bangladesh is facing a terrible environmental catastrophe due to Rohingya refugees. The damage to the environment that has already taken place is huge financially. The loss of forest products and biodiversity alone is about Rs 2.5 billion. The total financial loss will be much higher if the hill cutting, pollution etc. are calculated.