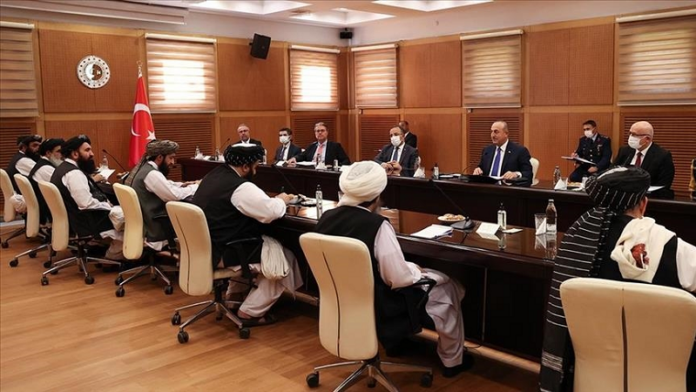 ANKARA: In talks with the Taliban, Turkey on Thursday reiterated the importance of government inclusiveness for Afghanistan’s unity, said a top Turkish official.

Muttaqi led a Taliban delegation for an official visit to Turkey to discuss bilateral issues as well as cooperation on the future of Afghanistan.

The Taliban officials have pledged to provide the utmost support to Afghan refugees who want to return to the country from Turkey, added Cavusoglu.

He also underlined that the Taliban delegation conveyed requests to Turkey during the meeting, especially on humanitarian aid and continued investment in Afghanistan.

Last month, Cavusoglu said Turkey has contributed to stabilisation and development efforts in Afghanistan, including on the education of girls and empowerment of women since the 1920s, adding that Ankara continues providing humanitarian aid through the Turkish Red Crescent.

NATO member Turkey maintained its embassy in Afghanistan after Western countries withdrew following the Taliban takeover, and has urged those countries to step up engagement. At the same time it said it will only work fully with the Taliban if they form a more inclusive administration.

Turkey has been working with Qatar to help operate Kabul airport and re-open it to international travel.