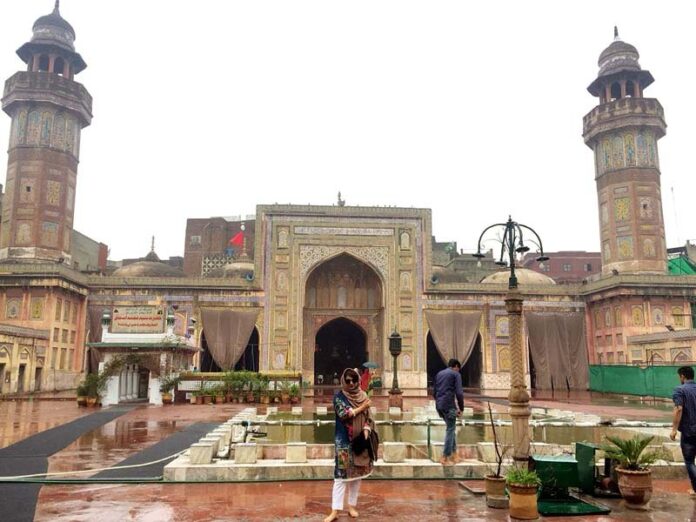 We believe religion to be a powerful thing, and it is; we believe it is meant for all time, and is looked after by the Divine Being Himself. The religion of Islam was handed down to man thanks to the extreme dedication and incalculable efforts of some extremely courageous individuals; in our hands it is meant to be a manual for life, for all humankind. Why then is the attempt to distort it, and make it accessible only with great difficulty, one of the greatest ambitions for so many humans? Should it not be accessible, so that everyone, Muslim, non-Muslim, men, women and children, they can all access it, easily, without first scrubbing between each toe, and heaven help you if you miss a corner?

For those who dispute the claim that it is inaccessible, check out almost any mosque in Pakistan to see how many women are allowed in. By contrast there are many mosques in the USA, notable among them a mosque in Virginia– and there are others around that country and the rest of the world, where that place of worship is used as a community centre as well as a place for prayer, as it should be.

Men, women and children visit that mosque in Virginia to learn languages, computers, and other subjects. Young people use the main hall as a basketball court, and when it is time for congregational prayers, these young people tidy up and leave the room, perform ablutions before returning, many of them, to join the congregation and pray. It would not otherwise be easy to get as many young people to put in an appearance at a mosque.

It is also not just men who pray here; women do too, although so as not to offend the sensibilities of those prone to take offence, they pray separately, in a gallery upstairs. Tolerance is one of the very important aspects of religion. The Imam of the mosque is a pleasant man. Women can obtain an audience with him just as much as men can, and neither need to make changes to their attire when they do. This is a mosque that would attract followers, a mosque that can achieve much.

Religion needs to be taken out of the hands of those who exist with their heads in the sand. We live in a difficult world, one that was never very easy. To make it possible to exist in this world it is important to realise that women, humour, technology, laughter, literature – as well as crime, men, vulgarity and tragedy, they all stem from the same source, the same Divinity, the source of all pleasure and hardship. The hardship exists as a test for us, not a battle zone.

This rant was kicked in motion by the criticism leveled at, and even an arrest warrant (a bailable one) issued against a couple of actors and singers who filmed a video in the beautiful Wazir Khan Mosque in Lahore. They have been accused of  ‘desecrating this mosque.’

The Wazir Khan Mosque is a heritage building, a beautiful one, built nearly 500 years ago. It was recently restored by the Aga Khan Foundation and the Norwegian Embassy. What is wrong with using this as a background for a video, the theme of which is nothing offensive, if making it does not disrupt congregational prayers? It is likely, in fact, that seeing this beautiful mosque in the background people will ask “where is this beautiful place?” and make a point to visit it when they are in Lahore.

\Religion needs to be taken out of the hands of those who exist with their heads in the sand. We live in a difficult world, one that was never very easy. To make it possible to exist in this world it is important to realise that women, humour, technology, laughter, literature – as well as crime, men, vulgarity and tragedy, they all stem from the same source, the same Divinity, the source of all pleasure and hardship. The hardship exists as a test for us, not a battle zone.

There were a couple of lines doing the rounds of social media recently which said: ‘Religion is what we do after the prayer is over.’ Doesn’t that make a great deal of sense?

Prayer reminds us of Him, the Being we pray to, and of what He wishes us to do, and He certainly does not wish us to kill, exclude, destroy and mock. His wishes, as stated in the Holy book are to welcome, help, include, love and be just with everyone, not just with one segment of society, or with the segment that can pay for it. Having prayed to Him, that is what we must seek to accomplish.

Instead of disapproving of a mosque being used as a background for a video, lets be happy that this beautiful place of worship was considered worth it. If that video contains dance and music, so be it. Laughter, eloquent movement, and beauty, these were all created by the same One Being. There is no inherent crime within any of these things.

Are we so weak and spineless that a video can make us change our convictions?

If one must condemn beauty and music, then let us examine the Wazir Khan Mosque itself. It is hardly an austere building. It is a beautiful mosque, a hymn to the Creator who is worshipped within its walls. If beauty is a crime, why was this mosque allowed? Why do maulvis perform nikahs at weddings where women wear beautiful clothing? At weddings where in fact, very often, too much is spent on that clothing and on those events to the point of vulgarity and waste, making such weddings almost a crime in a world where so many people lack the basics of life? That is the real desecration, is it not?

A mosque does not stand apart from the life around it. They are each part of each other. The must lend each other a hand. Similarly, religion is meant to be incorporated into one’s life, to help us deal with it, to be adapted around changing times keeping the main principals in view. That is the only way it can hold any meaning. We desperately need to take ours back from the hands into which it has fallen at present, where it is being strangled to death. We must stand up and say: Enough.