Dissatisfied consumers in a consumer economy

Consumers need to be aware of their rights 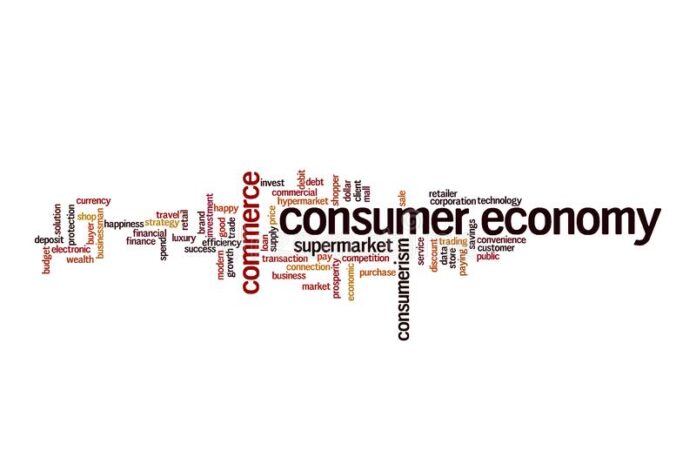 In the 21st century, the role of the tate and the market is interwoven. Both of them play a crucial role in terms of providing goods and services to the general public. The state relies on the market to generate tax revenues. At the same time, the state is also responsible to regulate the market to serve the citizens and protect them from any exploitation. In this equation of state and market, the concerns of consumers are often unheard.

Although Pakistan is a consumer economy, consumer rights– an integral component of civil rights– present a dismal representation in the public policy framework, leaving consumers helpless and dissatisfied. There are three major rights of consumers: 1) the right to have access to goods and services; 2) the availability of goods and services at a reasonable price; 3) the right to have quality goods so that they may be able to enjoy a reasonable life.

Most of the consumer-related problems stem from the crisis of governance in the country and the monopolistic or informal nature of the market. The private sector also seems to exhibit little concern for consumer protection due to its profit maximizing nature. In addition, the lack of awareness of civil rights in general and the pervasive culture of apathy undermines the capacity of citizens to become organized and protect their rights. The government has yet to come up with a robust legal and institutional mechanism to address consumer-related grievances and to protect their rights.

Apart from access, pricing and quality, another right that Pakistani consumers are largely unaware of is the right to information (RTI) under article 19-A of the Constitution. This right states that consumers must be provided with accurate information about the products so that they may be able to make informed decisions. Notwithstanding, the trend of misleading and false advertisement is very common in Pakistan especially in the case of online markets.

To avoid false labeling and advertisement, it should be made obligatory for advertisers to get their TV/social media advertisements approved by the Competition Commission of Pakistan (CCP) and the products must carry clear disclaimers which consumers may easily understand. Consumers’ lack of information regarding the power of invoice is also one of the reasons behind their miserable state.

The covid-19 pandemic and people’s growing health concerns have also made an increasing number of consumers rely on the internet for groceries and other shopping. As per the data released by State Bank of Pakistan, the country’s e-commerce market has expanded 78.9 percent in volume in the fourth quarter of 2020, thereby increasing the revenue to Rs 9.4 billion. However, the consumers are skeptical about the quality and pricing of the products.

Since it is difficult to trace producers/sellers in an online market, consumers often complain about receiving damaged, substandard and overpriced goods. Furthermore, the return policy of goods purchased online is so complex that the entire loss is mostly thrust upon the shoulders of the consumers and not the sellers. As a result, the consumers are left vulnerable to exploitative forces.

Consumers are not only manipulated through false advertisement but sometimes the labeling of goods, especially edible goods, does not list all of the ingredients present in them. Fruits, vegetables and spices are artificially coloured and sprayed, and the packaged milk that is advertised as milk rarely satisfies the criteria of being called milk. The Pakistan Council of Scientific and Industrial Research (PCSIR) recently tested 16 packaged milk brands and approved only six brands as safe for consumption. PCSIR further expressed the apprehension that the rest of the 10 brands are selling milk adulterated with various hazardous chemicals, including detergent powder. The Punjab Food Authority (PFA) urged to ban banaspati ghee as well because it contains high amount of sulfur, trans-fatty acids, palmitic acid and nickel which may have a tendency to cause fatal diseases like obesity, diabetes, mental illnesses, heart diseases and cancer. Chicken – the most demanded food item on our dining tables – is not as healthy as nutritionists suggest because chickens in Pakistan are fed on a diet that contains hormones hazardous to health. Had it not been the tremendous efforts of Punjab Food Authority and other provincial food authorities, sellers would still have been exploiting consumers and playing with their health by selling expired products, dead chicken, and donkey or dog meat in the name of mutton.

As far as water as a fundamental human right (under Article 9 of the Constitution) is concerned, consumers are not only suffering from water supply issues but also from the issues associated with its quality and maintenance of filtration plants. Resultantly, a  UNICEF report said 50 percent of diseases in Pakistan are water-borne and 40 percent of deaths occur due to poor quality of water. To cater to the supply issue, consumers have to bear the additional expense of purchasing water tankers (Rs. 800 per water tanker (public) and Rs. 2200 to 2500 per water tanker (private)) whereas, to cater to the issue of water quality, consumers have to rely on expensive mineral water. In this backdrop, consumers feel more frustrated when they are bombarded with indirect taxes, unprecedented price hike and increased utility bills. The Federal Board of Revenue (FBR) reporting 23 percent less income tax returns for fiscal year 2020 compared with the preceding year, which is also one of the manifestations of consumers’ dissatisfaction.

In order to strengthen consumers, it is mandatory to institutionalize them and make them the centre of public policy. The first consumer rights protection law was enacted in 1995. Despite having legislation for the last 25 years, the government has yet to come up with a robust legal and institutional mechanism to redress consumer-related grievances and to protect their rights. Although Article 9 protects consumer rights, it seems missing from political manifestos. Thus, there is a dire need to have regulations along with enforcement mechanisms such as inspection departments operating across country for accountability and delivery of services.

Moreover, to avoid false labeling and advertisement, it should be made obligatory for advertisers to get their TV/social media advertisements approved by the Competition Commission of Pakistan (CCP) and the products must carry clear disclaimers which consumers may easily understand. Consumers’ lack of information regarding the power of invoice is also one of the reasons behind their miserable state. They either forget to collect the invoice or throw that in the trash-bin right after shopping. It is important for consumers to remember that they cannot take legal action against a seller without an invoice.

Mishal- e-Noor
The writer is a freelance columnist