More than 40,000 war-wounded treated in Afghanistan since June: Red Cross 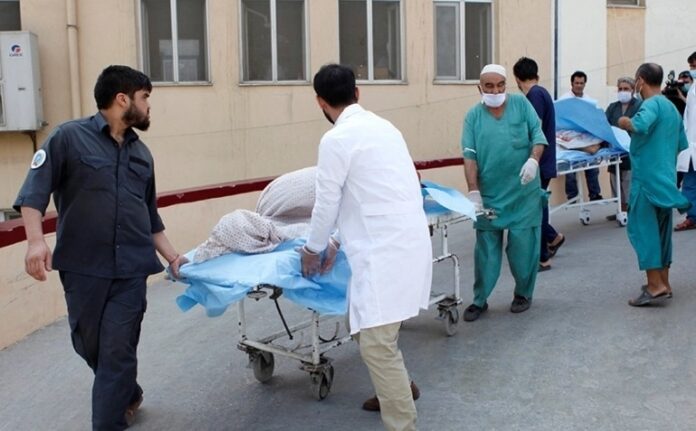 More than 40,000 people wounded during fighting in Afghanistan have been treated since June at health facilities supported by the International Committee of the Red Cross (ICRC), including 7,600 so far this month, the aid agency said on Tuesday.

During the first 10 days of August, ICRC treated 4,042 wounded, meaning that more than 3,500 were treated in the past week alone as the Taliban captured large swathes of territory including the capital, Kabul, which fell to the insurgents without a fight.

ICRC director-general Robert Mardini voiced relief that “devastating urban warfare” was avoided in Kabul when the Taliban fighters advanced into the city.

“Our medical teams and physical rehabilitation centres expect to receive patients for months and years to come as they recover from wounds from explosive devices that litter the country, many of them newly laid in recent weeks,” he said in a statement.

“It is heartbreaking to see our wards filled with children and young men and women who have lost limbs,” he added.

The ICRC, which has worked in Afghanistan since 1987, deploys some 1,800 national and international staff, including surgical teams, spokesman Florian Seriex said.

On July 26, the United Nations had said in a statement that nearly 2,400 Afghan civilians were killed or injured in May and June as fighting between Taliban insurgents and Afghan security forces escalated, the highest number for those two months since records started in 2009.

The UN’s Assistance Mission to Afghanistan (UNAMA) had said in a report it had documented 5,183 civilian casualties between January and June, of which 1,659 were deaths. The number was up 47 per cent from the same period last year.

The figures underscored the dire situation for Afghan civilians as intense fighting picked up in May and June after US President Joe Biden announced American troops would withdraw by September, bringing an end to 20 years of foreign military presence in the country.