A case for career counseling 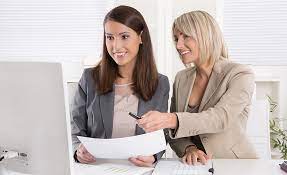 Generally, what are the first words of others a child is exposed to once he acquires his senses? Some readers may have guessed; “what will you be once you grow up?” Posing such a serious query to a child solely in his self-exploratory phase who cannot fathom the depth of the question naturally leaves him dependent on others to answer for him. The best others for the job are one’s parents who usually rely on stereotypical answers that are normalized or socially accepted like he will be an engineer, or a pilot or a doctor (or a similarly prominent profession). The answer, whichever between these limited choices it might be leaves an imprint on the child’s mind, and whenever next he encounters the same question (which he does very often) his head without any effort automatically repeats what he had heard before (in the absence of any realization of neither the depth of the question nor the answer).

During adolescence, by the time his self-consciousness ignites about what he can do better and what not; it is too late. The impact of that one prolonged response which his parents and then he himself propelled is not erased at ease. The dilemma has a tool on the mental health of the now-grown-up who repeats the same answer as he used to, but not concordantly with himself now. Human beings are prone to remain at one place even if it is discomforting since the fear of “unknown” is always scarier (the phenomena, academically is referred to as “ontological security”). The same is applicable here. The fear of that “unknown” halts progress of many students; the fear of what relatives or peers would think of their new choice, would we be considered hypocrites? would anyone accept what I aim to do? And if a student only knows he does not want to pursue what he was told to and not what he wants now; that sort of an “unknown” is the deadliest of all. Yet this fear is not immortal, it can be tackled but mechanisms are required and career counseling at an intermediate level is the initial key.

In the absence of any career counseling, the majority of our youth jumps into a bandwagon but a handful is lucky. I, by the time I walked into my 12th grade, had realized that sciences were not attracting me, and rather than (as in an ideal society should have been) looking into alternatives, this feeling was a source of stress (as it is for many). Lucky enough, in that very 12th grade, there was only one class of Pakistan Studies that used to be of interest as there was freedom to ask, and to critique, a luxury that was not our fate in hard sciences. Why was Sir Syed so glorified, when he sided with the British who were mostly demonized in the same textbook? were the kind of queries that I excitedly presented, and they were appreciated rather than dejected. Soon, that Pak-Studies instructor told me of his endeavors, amongst which was his pursual of an M.Phil. in IR… Pity, by that time I had no clue what IR was. That brief interaction with him led me to pursue a graduate and then a postgraduate degree in IR. (IR; which is International Relations). I call this luck, or at most the play of law of attraction towards IR cause one day after I cleared intermediate my mother was scrolling through the newspaper, and she saw an advert for a degree being offered in the subject and she informed me and suddenly the bells rang right then! Sir Waqas did the same! I am also lucky that my parents had a non-monetary view of life and a more passion/service-oriented one. To them, money is the by-product, not the aim of any profession you choose, something uncommon within our country today.

It is not naivety to suggest that one should not seek acceptability, or rapid-monetary outcomes of the chosen professions, since the economic situation of the country demands such considerations. But juxta-positioning here, the economic situation today is a result of such choices, and the costs of such considerations are more haunting than any illusionary benefits! the mental health of children, natural talents, inner peace, and most significantly the world’s survival could be at risk due to such shortsightedness. But how is the world’s survival at risk? Shall get back to this. Here. to strengthen my case a Harvard Professor of high stature Micheal Sandel could abet me in building it better. In his book “Things Money Can’t Buy” Sandel empirically proves that when people are engaged in activities considered intrinsically noble, an offering of money deduces their motivation and productivity. And it is not as big a paradox as our environment may make us think. What if, you were paid for attending your sick grandparents every time you visit them? Would that force you to visit them often or would such an offer be offensive? The answer is obvious. So why the predominant populace of ours is after money (or higher statuses), as it neither defines nobility nor growth. A Sufi writer and a saint; Wasif Ali Wasif once rightly noted that no matter how much you earn, your neighbor would always have more… Then what is the race about?