Why does it happen so often? 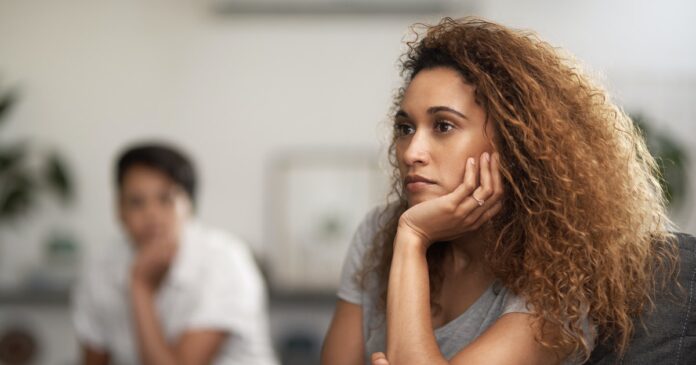 Why so many good men fall for the wrong woman is a no-brainer. Men are notorious for letting their better judgment get swayed by looks alone, which explains the unfortunate statistics. Why women err in their selection when they are generally thought to be less influenced by appearance and therefore much more sensible in these matters is harder to answer.

The West has been grappling with the question for a long time. The issue becomes more and more relevant to our society as we continue to move farther away from a traditional community based almost entirely on combined families, arranged marriages, and same-gender associations.

There used to be a time in our subcontinent when it was considered heroic to be the suffering woman braving it out in the face of injustice from her man; and a certain glory in being compared favorably with him. That is now a thing of the distant past, but a variation of it is still very much operative, and not just in the subcontinent. There is an irresistible urge in many women to reform her errant partner. The man already on the straight and narrow path constitutes very poor raw material for such a project because of the scant scope of reforming him. There is nothing quite like a wild, unmanageable suitor when it comes to the adventure associated with taming. For many women, this prospect is too luring for them to opt for an originally domesticated specimen to begin with.

Probably it is God’s scheme to have all sorts of imperfect permutations when it comes to couples, so that each match brings its own set of challenges no matter which rule-of-thumb is employed to select the partners. Like all God’s plans this one is perfectly executed and there is little that anybody can do about it.

The label of coming from respectable, conservative households can weigh heavily on many women. Overcompensating for this (consciously) or rebelling against her origins (unconsciously) can easily manifest themselves in her choosing the wrong partner. A certain amount of craziness is the lot of all humans, so the most respectable and well-behaved amongst us must also hide some nastiness somewhere. Moreover, it is quite conceivable that it is to be found in some hidden quarter in a degree proportional to the unimpeachability of one’s conduct. Right women may simply be partial to wrong men because they represent to them all that is exciting in life – adventures that they never had the courage to experience first-hand. As for the good man, it is all too easy for her to project her own life onto him and end up thinking of him as only a regular guy – the worst possible description for a man. The resulting lack of mystery proves to be the death knell for any romantic inclinations on her part. What makes matters worse is that good men do not play hard to get. Human psychology being what it is, this also brings down the price of their stock considerably.

Good men are not necessarily boring; but that is how most of them appear to many members of the opposite sex. Here, I am afraid, the man is somewhat to blame too. For whatever other traits he may be thought to possess, he is usually not very proactive, even if he is not outright bashful. By not being expressive enough he gives the world at large no opportunity to discover that he too is crazy and unpredictable in his own way (as we all are). The goodness of his heart is thus mistaken for lack of confidence; and the lack of confidence, in turn, for the absence of resourcefulness and toughness necessary for occasions when push comes to shove.

Women’s perception that nice men are not necessarily capable of protecting them and of dealing with the harsh realities of life – hence their feeling secure with the kind of man who is anything but nice and harmless – may sound like a remnant of the long centuries in the jungle and the cave. But in many ways the world is still very much a jungle where most matters are decided by might and guile, as opposed to morals and agreeableness. To their credit, most women are smart enough to understand this, despite many of them raising feminism slogans from time to time. Of course, not all tough-looking men turn out to be good partners. Also, their novelty tends to wear off sooner rather than later. So, the heuristic frequently leaves much to be desired. Woman proposes, God disposes!

Probably it is God’s scheme to have all sorts of imperfect permutations when it comes to couples, so that each match brings its own set of challenges no matter which rule-of-thumb is employed to select the partners. Like all God’s plans this one is perfectly executed and there is little that anybody can do about it.