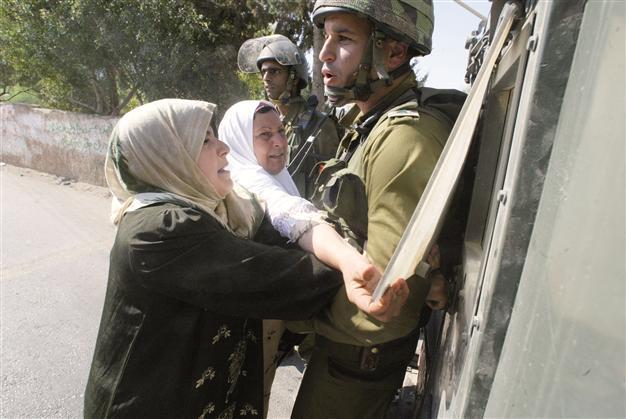 Sitting in this office building, the view from the window is barely thought-provoking. The horizon is lined with the concrete urbanity of the city and the sky is tarnished with motes of effluence. But even in this moment of uninteresting wretchedness, the mind is at ease: making plans for dinner, imagining the bustling of the city traffic, and the assured luxury of the comfort of a home. The imaginative mind is least troubled in its unbothered tranquility.

But don’t we all function on this modality? Planning away our oft-perceived systematic lives in its sheer unsystematic irrationality – every day, twenty-four hours, seven days a week, and 365 days a year.

This is the peace and freedom that we all take for granted. A luxury that seems almost negligible. The mere guarantee of a sense of security, although most often void, makes us so unconsciously ungrateful. But at the same time, it also makes us oblivious to the desire for these ‘very small things’ in the hearts of those who live a life of incarceration, trauma and oppression. Yes, the imagery this evokes is unfortunately unambiguously Palestinian.

The Nakba continues to this day, as Ilan Pappé rightfully asserts. The coloniality of a systematic apartheid regime becomes ever more oppressive and continues to impose a brutal campaign of ethnic cleansing that has become a Palestinian reality since 1948. This is colonialism-in-continuum – from one colonizer to the other.

It becomes nothing less than a living nightmare where the Israeli state-sponsored terrorism inflicts injurious morbidity incommensurate– both physical and psychological. The badge-bearing ‘boogeymen’ on the streets being always ready to haunt the weak and to crush them under the immense burden of colonial genocide imbued with a [false] sense of superiority, ownership and arrogance.

It aims to eradicate their voices, their hopes, their liberty, and to cuff them into a draconian captivity that is filled with sinister, often nauseating, dissonant chants of ‘death to Arabs’.

This structural violence is a fascist agenda, almost transcendental and very Social Darwinian, since it perpetuates itself and reifies by seeping deep into routine sociological structures and ecological worldviews, into patterns of subjectivity and especially into traumatizing memoirs that plague the mind with macabre images of violence and injustice. This turns itself into a psychological working model which is almost cosmologically mimetic in nature because it unjustifiably becomes an embedded reality of life.

The objective this literary endeavor aims to achieve is not to highlight the patterns of violence which manifest themselves through the grotesque Israeli sin committed against Palestinians for it is self-evident and needs no rationalization. It is neither to silhouette the egregious Israeli human rights violations nor to highlight the arbitrariness and the exclusionary nature of international law.

The Nakba continues to this day, as Ilan Pappé rightfully asserts. The coloniality of a systematic apartheid regime becomes ever more oppressive and continues to impose a brutal campaign of ethnic cleansing that has become a Palestinian reality since 1948. This is colonialism-in-continuum – from one colonizer to the other.

Instead it aims to remind the world how it has failed the Palestinian people. To make it reflect on how parts of Palestine have been turned into an ‘apocalyptic wasteland’ due to its ambivalence. To jolt it into an awakening, to remind it of its complicity in this humanitarian catastrophe and absolute injustice that is portrayed as ‘highly complicated’ and thus ‘unsolvable’. And more importantly, to highlight the redundancy of the tattered Organization of Islamic Cooperation (OIC).

There is nothing that the OIC has done for Palestine – neither politically nor humanitarianly. Its role has been hollow. It has failed the Ummah, it has failed Palestine – the issue that lies at the heart of the OIC. All it could do was pay lip-service to merely remark upon the ensuing violence in May 2021, doing nothing more than ‘condemning’, ‘demanding’ and eventually falling disgracefully silent in its lack of ambition and political nonchalance.

To compound this unsympathetic aloofness comes normalcy instituted through the wave of normalization via the Abraham Accords, or even otherwise. The simple mind questions the exact nature and dimension of this normalcy which seemingly limits itself to merely ‘recognizing’ existential Israel. However and more pressingly, normalization leads itself in multiple directions: normalizing Israel’s coloniality is one. Normalizing its human rights crimes is another. Normalizing its violation of jus cogens norms also indisputably rests at its core.

Thus, it is plausible to assert that normalization is a multi-pronged, recurrent process, not a one-timer. It is a bargain – political and material – at the expense of inalienable rights and human dignity.

Simply put: Normalization is a crime. It is a human rights tragedy.

The neutrality that comes with normalization – almost a cacophonous silence – bolsters the false narrative that is fabricated by the colonial forces. It unjustly equates the Palestinian liberation struggle with terrorism. Take the recurring ‘Hamas excuse’. It is not just used as a legitimizational tool to ‘justify’ the unjustifiable monstrosity of the Israel Occupation Forces but can also be seen as a classic Islamophobic trope. It is perhaps a leitmotif that reoccurs throughout the colonial rhetoric that the Israeli forces make use of as a cover-up to their fallacious securitization narrative. This is also evident from the desecration of the Al-Aqsa Mosque which is the second holiest site for Muslims. Spraying it with ‘sewage water’ [which is also done to Palestinian ‘humans’] only confirms Israel’s Islamophobic vibe.

Interestingly, in a deep Foucauldian sense, the power dynamics are very well translated in this respect – from actions to words and back. This helps to embolden the normalization spirit in the region that reeks of the smell of blood spilt of the innocent and knells as the melancholic hymns of the besieged. But it is merely gilded embellishment that shakes foundationally over injustice and, resilience and sheer will of the Palestinian people.

What does this amount to?

It amounts to colonization. To genocide. To ethnic cleansing. To displacement. To dispossession. To injustice. To apartheid. And to material complicity.

What can be done?

Plenty. From supporting the BDS movement – Boycott, Divestment and Sanction – to placing sanctions on the apartheid state, to as simple as posting about it on social media. Those who deny the power of social media underestimate its impact. If social media was as arbitrary a force as the international law [with due respect] then there would not have been the genocidal censorship of the content coming from Palestinian ground reality.

All of these actions do make a difference. It is like lending the voiceless the ability to speak and amplifying it for those who have limited pitch. The avenues are unlimited as Palestinians themselves show us through their innovative brilliance regarding non-violent means of protest, may it be the ‘Night of Confusion’ or art. Take the case of the watermelon as a symbol of Palestinian resistance seen in many works of Palestinian artists such as Sliman Mansour and Khaled Hourani. This comes from political silencing and enforced censorships on Palestinian existentialism. It highlights two realities: Israeli genocidal neo-Nazism and Palestinian resilience and sheer will.

So let’s play our role, let’s be brave and let’s spread the light of truth so that humanity shall prevail.

Rabail Anjum
An aspiring political analyst, the author is an Economics and Political Science graduate from LUMS with a keen interest in International Politics