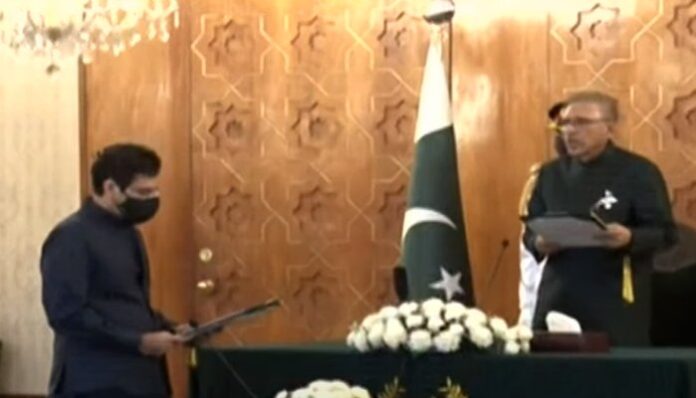 Elahi, according to sources, had been named as the next minister for water resources.

Sources had told Geo News the decision was made in the backdrop of a promise by the PTI-led government to their allies, which include the PML-Q, that they will be given charge of a federal ministry.

Talks to give MQM and GDA a federal ministry each, as promised, are also underway, the sources added.

Moonis Elahi was elected an MNA from the NA-69 Gujrat-II constituency. He is the son of Punjab Assembly Speaker Chaudhry Pervez Elahi.

The portfolio for the Ministry of Water Resources was earlier held by PTI minister Faisal Vawda.

He resigned from the National Assembly in March to cast his vote in the Senate elections.

The State Bank of Pakistan on Tuesday kept the monetary policy rate unchanged for the fifth consecutive time at 7 percent for the next...
Read more
HEADLINES