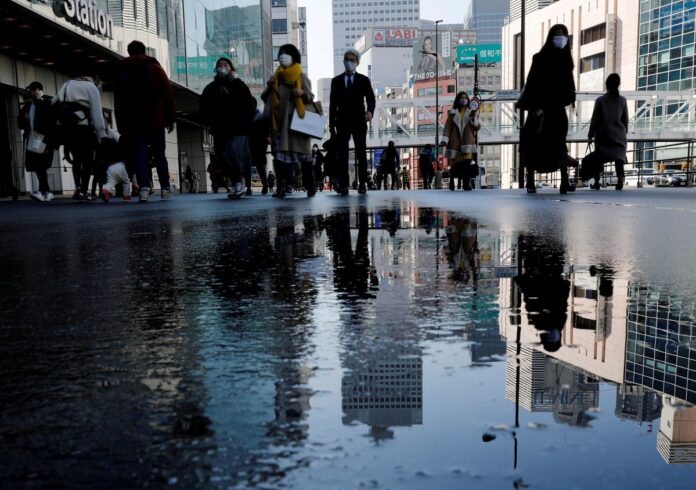 LONDON: Here’s what you need to know about the coronavirus right now:

Pandemic not over, Johnson warns as England set for rule easing

British Prime Minister Boris Johnson will urge caution on Monday as he is expected to confirm plans to remove nearly all remaining Covid-19 restrictions in England from July 19, despite a surge of cases to levels not seen since the winter.

The government argues that even though cases have surged, deaths and hospitalisations remain far lower than before, proof that the vaccines are saving lives and it is safer to open up.

South Korea reported 1,100 new coronavirus cases for July 11, the Korea Disease Control and Prevention Agency said on Monday, as its toughest anti-Covid curbs take effect in Seoul in an attempt to end its worst-ever outbreak.

The wave of infections has brought fewer serious cases and deaths than earlier rounds, with many older and more vulnerable South Koreans now vaccinated against the virus. But health authorities have expressed concerns over the rising number of young patients who have not received vaccine shots, and the spread of the highly contagious Delta variant.

The prospect of an extended lockdown in Sydney loomed on Monday as Australian health officials reported yet another record daily rise in Covid-19 cases for the year, fuelled by the highly infectious Delta variant. New South Wales state reported 112 new locally transmitted Covid-19 cases, almost all of them in Sydney, despite the country’s biggest city entering its third week of lockdown. Case numbers have been at record levels for at least three days.

There was, however, a glimmer of light as the number of newly infected people who were out in the community while infectious dropped to 34 from 45 on Sunday. State Premier Gladys Berejiklian said the progress of that figure in the coming days would determine whether Sydney’s lockdown, due to end on Friday, would be extended.

Pfizer, US health officials to discuss boosters on Monday

Covid-19 vaccine maker Pfizer Inc will meet US federal health officials as soon as Monday to discuss the need for a booster dose of the coronavirus vaccine as it prepares to seek authorisation, the company said on Sunday.

The meeting comes days after the drugmaker and its partner BioNTech announced plans to seek US and European regulatory approval for a third dose of their Covid-19 shot amid the spread of variants and data they said showed a heightened risk of infection six months after initial inoculation.

Of the 677,348 medical personnel who received two doses of Sinovac, 618 became infected, health ministry data from April to July showed. A nurse has died and another medical worker is in critical condition.