CITY NOTES: An oath and sleeplessness 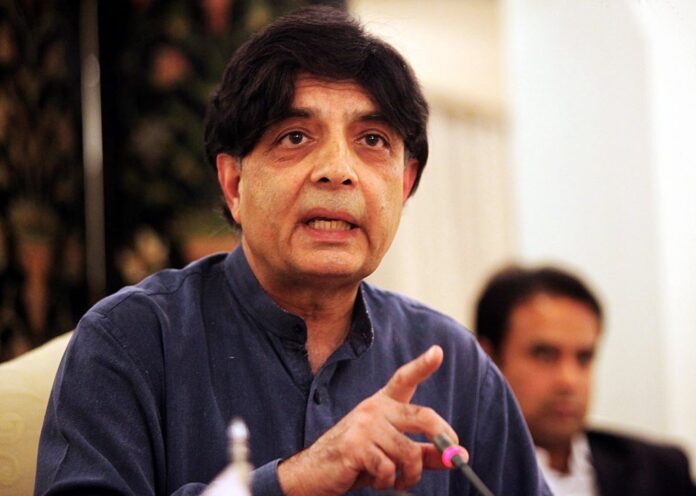 Perhaps the most significant thing to happen in a long time was Ch Nisar Ali Khan’s oath as an MPA in the Punjab Assembly. Now Usman Buzdar should have been relieved that the Wah constituency, which had gone so long without a member in the house, having trustedly voted to have Ch Nisar represent them, only for him to refrain from taking oath.

He is said to have taken oath because the government was bringing in legislation allowing seats to be declared vacant if the member-elect did not take oath within a certain time. Ever since elections were introduced in 1872 (for local councils), those elected have been eager to take oath, to the extent that they enlist the support of the government to help them win, and fight long election petitions vigorously. I can only think of Begum Kulsoom Nawaz, elected to her husband’s seat after he was disqualified by the Supreme Court in 2017, who never took oath, passing away before she did.

The real problem with Ch Nisar’s delay is not that the electorate of Wah went voiceless in the Punjab Assembly, but that he could be entering to become chief minister. This has thus given sleepless nights to Buzdar, or Waseem Akram-Plus, as he is known in certain circles. I
gather that no amount of assurance that Ch Nisar is as innocent of the inswinging yorker as a baseballer.

Still, a lot of people think he only took oath on the behest of the same people who instigated him to contest the last election as an independent, along with a number of other independents who also had the ‘jeep’ symbol. They all lost, except for that same blessed provincial seat, which Ch Nisar has always won since 1985, but never sat for. Except in 2018, when he finally lost the national seat. He enters the Punjab Assembly as a freshman MNA, but as the only person to have been a parliamentarian since 1985.

He seen a lot of ups and downs since them, not least being Pakistan’s nuclear explosion in
1998. It’s known now as Pakistan Science Day, instead of Yaum-e-Takbir. Though it’s been more than two decades, I think Science Day or Yaum-e-Takbir don’t cut it. A simple Yaum-e-Bam would both convey the message and be easily understood by both Mian Nawaz Sharif and Imran Khan. But maybe we have more intellectual types to satisfy.

Anyhow, another intellectual callenge is how now we have e-business incubators springing up all over the place. Once upon a time, it seemed, e-businesses did something. Then you had a whole lot of people who decided that they preferred teaching people about how to succeed. So they set up incubators.

The government seems to think that these incubators are the best way of getting in on the
digital age. Or is that the latest scam? I hope it’s only a few who plan to get on this gravy train. I’m reminded of the early days of the internet, when one would be constantly getting emails from enthusiasts announcing that their email had been sent i0.435 seconds faster than ever before (and they were careful to add approx to the figure, in case someone clocked that mail at 0.4355 seconds. The purpose of this blinding speed was to tell you that it could be done.

Or perhaps to tell you to drink some foul concoction in preference to some other foul concoction. May now it can be used to tell kids when exactly they have their O and A level exams. Normally, there is a boring certainty about those exams. No matter the result, you can be certain they were held in June or November. Not after the pandemic. They weren’t held last year, and instead, you got schools sending in assessments, and Cambridge hazarding a guess at an expected grade. So kids were allowed to retake the exam in October.

Cutting a long story short, kids this year had exams moved from June to November. And now there’s been a preponement to July. Even bright students are appalled. The Education minister isn’t. But then he isn’t sitting these exams.