Hasan moves up to 14th position 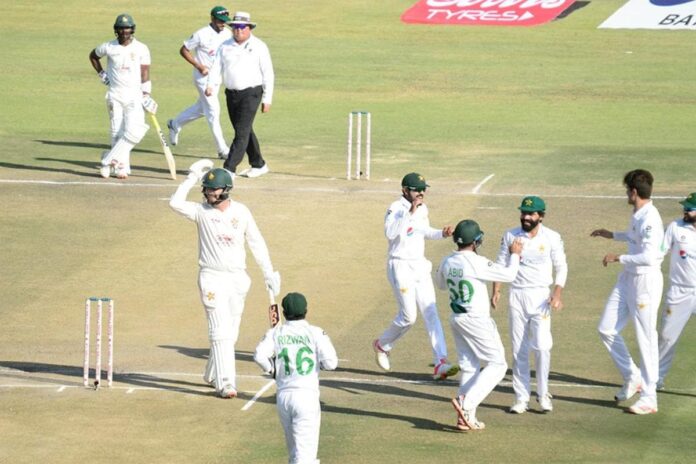 Pakistan bowlers Hasan Ali, Shaheen Shah Afridi and Nauman Ali have achieved their career-best rankings in the ICC men’s Test bowling rankings after their match-winning performances in the second Test against Zimbabwe, when they became the first trio from the country to take five-fors in the same match.

Right-arm quick Hasan advanced six places up to 14th position after picking up 5 for 27 in the first innings, while left-arm pacer Afridi’s 5 for 52 helped him jump nine places up to 22nd and left-arm spinner Nauman getting 5 for 86 – both of them in the second innings – pushed him up to 46th position from 54th, as Pakistan completed a 2-0 sweep in Harare.

It was the first time three players registered five-wicket hauls for Pakistan in a Test and also just the sixth instance of three players from the same team picking up five-fors in a Test.

Regis Chakabva, Zimbabwe’s best batter in the match, moved 16 places up to 81 after scores of 33 and 80, while his team-mate Blessing Muzarabani’s 3 for 82 helped him advance to 51st position in the bowlers’ list.