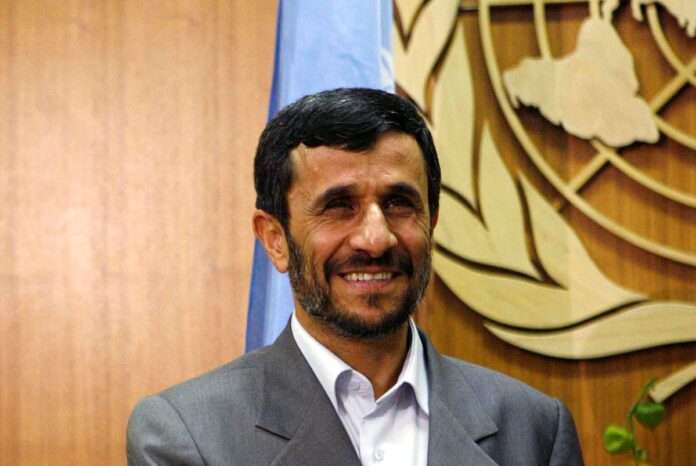 Vilified in the West for his questioning of the Holocaust, Ahmadinejad had to step down in 2013 because of term limit rules, when incumbent President Hassan Rouhani, who negotiated Iran’s 2015 nuclear deal with world powers, won in a landslide.

“People should be involved in Iran’s decision-making process […] We must all prepare ourselves for fundamental reform,” state TV quoted Ahmadinejad as saying after submitting his registration.

Candidates began signing up for the polls on Tuesday with the clerical rulers hoping for a high turnout which may be hit by rising discontent over an economy crippled by U.S. sanctions reimposed after Washington exited the nuclear deal three years ago.

Registration will end on Saturday, after which entrants will be screened for their political and Islamic qualifications by a 12-member vetting body, the Guardian Council. Six members of the hardline body are appointed by Supreme Leader Ayatollah Ali Khamenei.

Ayatollah Khamenei backed Ahmadinejad after his 2009 re-election triggered protests in which dozens of people were killed and hundreds arrested, rattling the government, before security forces led by the elite Revolutionary Guards Corps (IRGC) stamped out the unrest.

But a rift developed between the two after then-president Ahmadinejad explicitly advocated checks on Ayatollah Khamenei’s ultimate authority. Ahmadinejad was disqualified by the Guardian Council in the 2017 presidential election.

In an open letter to Ayatollah Khamenei in 2018, Ahmadinejad called for “fundamental reforms” in the three branches of government — executive, parliament, and judiciary — as well as the office of the supreme leader.

A former officer of the Guards, who has tried to re-brand himself as a moderate politician by criticising the establishment, Ahmadinejad relies on Iran’s devout poor and working-class who have grown impatient with the mounting economic pressure.

However, his popularity remains in question and hardline political groups are expected to back prominent cleric and judiciary chief Ebrahim Raisi if he decides to run.

Several hardline candidates, including some IRGC commanders, have said they would withdraw if Raisi enters the race to avoid splitting the vote.

Appointed by the supreme leader as head of the judiciary, Raisi has emerged as one of Iran’s most powerful figures and a contender to succeed Ayatollah Khamenei.