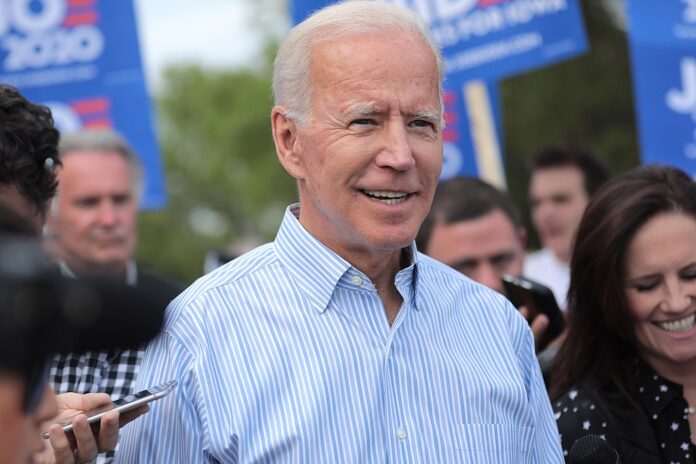 When Biden was running for president, he made it clear that if elected he would chart a new course in addressing the problems sweeping the Middle East and restore some normalcy in a region that has been awash in turmoil and bloodshed. He pledged to revive and further improve the Iran deal, bring an end to the war in Yemen, support the resumption of Israeli-Palestinian peace talks, and resume American backing of the Kurds in Syria while putting the brakes on Turkish president Erdogan’s misadventures. Every state in the Middle East understands that America’s new approach cannot be ignored because of their continuing dependency on the US in one form or another, and realizes that the regional geopolitical wind has shifted and all must now reassess their positions.

Although Biden is intensifying his focus on the Asia Pacific region, the US’ geostrategic interest and commitment to its allies in the Middle East remain the same, albeit Biden’s strategy substantially differs from his predecessor. Thus, he is creating new realities for the countries impacted, to which they must accordingly adjust.

Returning to the Iran Deal
Biden’s decision to return to the Iran deal, to which Israel and Saudi Arabia have vehemently objected, is now forcing both countries to reassess their positions. They know that reaching a new deal based on the original one with some improvement is imminent. They have also realized that Trump’s misguided withdrawal has only pushed Iran to build new advanced centrifuges, allowing it to enrich greater quantities and higher quality of uranium, bringing it ever closer to building a nuclear weapon.

For Israel and Saudi Arabia, the only practical option is to work with the US to ensure that the emerging new deal will be tightly monitored and an improvement of the prior deal, especially regarding the sunset clauses. Normalizing bilateral relations between Washington and Tehran will ultimately provide the best option to prevent Iran from acquiring nuclear weapons in the long-term, which is of great concern to both countries.

Ending the war in Yemen
Biden’s call to end the devastating war in Yemen did not fall on deaf ears in either Riyadh or Tehran. His decision to suspend arms shipments to Saudi Arabia sent a clear message to the kingdom that the war must end. The Mullahs in Iran also understand that there is not much left to gain from continuing the war.

In fact, both Saudi Arabia and Iran have long since concluded that their proxy war in Yemen is unwinnable and are looking for a face-saving way out. A power-sharing government between the Houthis and the legitimate authority in Sanaa enjoys the support of Biden and seems to be gaining momentum in current Saudi-Iranian discussions (an open secret), which would potentially provide a lasting solution.

Given Israel’s failure to form a steady coalition government following four elections in two years, coupled with the political disarray among the Palestinians, it is unlikely that they can resume peace negotiations in earnest under the current circumstances. Moreover, both Prime Minister Netanyahu and President Abbas, who are stuck in their old positions, must first leave the political scene before any peace talks can resume.

While the Biden administration has conveyed to both sides that making significant concessions are a prerequisite to reaching an agreement, the US is rightfully focusing on confidence-building measures first. Indeed, several years of people-to-people interactions on social, civil, economic, and academic levels are central to building trust, which is sorely absent but critical to paving the way for reaching a sustainable peace accord.

While the Biden administration has conveyed to both sides that making significant concessions are a prerequisite to reaching an agreement, the US is rightfully focusing on confidence-building measures first. Indeed, several years of people-to-people interactions on social, civil, economic, and academic levels are central to building trust, which is sorely absent but critical to paving the way for reaching a sustainable peace accord.

Arresting Erdogan’s foreign misadventures
Finally, President Biden’s decision to restore America’s support to the Syrian Kurds, who fought side-by-side US forces to oust ISIS and suffered thousands of casualties but were abandoned by Trump, is strategically necessary to restore America’s influence in Syria, especially in shaping the final outcome to Syria’s civil war. Providing the Kurds with political backing and financial support serves as a warning to Erdogan to cease his continuing onslaught against them in the name of fighting terrorism.

Moreover, Erdogan’s coziness with Russia’s Putin, the West’s foremost adversary, his violation of US sanctions against Iran, and his destabilizing meddling in the internal affairs throughout the Middle East, the Balkans, southern Europe, and Africa have come home to roost. Biden’s decision to recognize the Armenian genocide further reinforced his message to Erdogan that enough is enough and that the US no longer considers Turkey a strategic ally.

President Biden’s initiatives on all these fronts are on the mark.

It’s time to tell Iran that the US is not seeking regime change but will do everything in its power to prevent Tehran from acquiring nuclear weapons, and would welcome gradual normalization of relations depending on Iran’s adherence to international norms of conduct.

It’s time to tell the Saudis that the continuing war in Yemen has long since lost its relevance to its national security and that the US remains a steadfast ally on which the kingdom can rely.

It’s time to tell Israel that the continuing occupation is neither acceptable nor sustainable, and that any future Israeli government must resign itself to the establishment of a Palestinian state that will live side-by-side Israel in peace and security.

It’s time to tell the Palestinians that they must get their act together if they want to establish a state of their own and elect a new government that understands the need to make the necessary concessions to reach an enduring peace.

Finally, it’s time to tell Erdogan that his days of pursuing foreign misadventures with impunity are over and he must now choose between East or West if he wants Turkey to remain a NATO member state.

Contrary to Trump, who further aggravated the various endemic Mideast conflicts, Biden’s determination to change the dynamics may well succeed in advancing solutions that have eluded several of his predecessors.