Urgent need for a ‘people’s vaccine’ 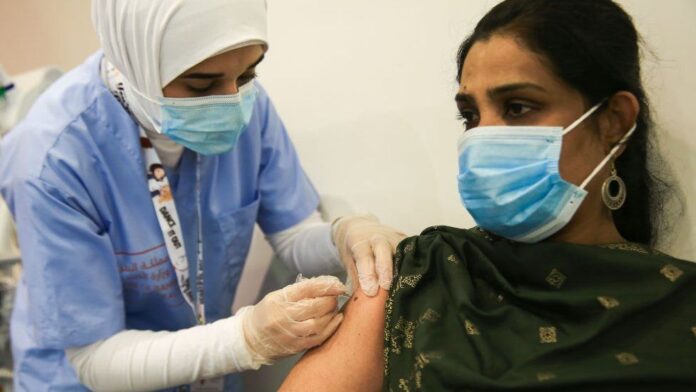 ‘The shortfall in global COVID-19 vaccine production could be closed if manufacturers around the world were granted access to the necessary technology and knowledge. But first, the US and other key governments must recognize the drug companies’ opposition to this solution for the deadly rent-seeking that it is.’ – ‘Will corporate greed prolong the pandemic?’ by Joseph E. Stiglitz, and Lori Wallach

Covid-19 vaccines that have been produced with both significant public funding, and which have also benefited from previous publicly-funded research, should have been asked from the very beginning by governments, which contracted with them for producing covid-19 vaccines, that their vaccine would not hold intellectual property rights (IPRs) during the time of the pandemic, and that they would freely provide their vaccine-related research in an open-source way, to other producers. Only then the vaccine effort could have provided opportunity to reach both mass production in a timely way, and together with vaccine produced with shared information, would have allowed better protection against Covid-variants, which the world is now seriously grappling with.

As the world still struggles to reach such a ‘people’s vaccine’ with regard to temporarily waiving of IPRs at the World Trade Organization (WTO), the global south, especially South Asia, has seen a sharp rise in covid-19 infections. In this regard, a recent Economist article ‘India’s Covid-19 crisis has spiraled out of control’ pointed out ‘Compared with the scale of South Asia’s first wave, which peaked in September, the second is shocking. South America, another region with a surging caseload, is recording 60% more cases today than at the peak of the first wave. South Asia is logging four times as many, and with hardly a sign of slowing.’ Moreover, as per the same article, the moving seven-day average of covid-19 cases in South Asia, which was less than 50,000 in around mid-March, had sharply risen to almost 400,000 cases.

The rise in cases brought with it greater mutations, and in turn, some of those have resulted in new variants, not being covered by existing vaccines. Therefore, a ‘people’s vaccine’ is urgently needed to reduce the skyrocketing of cases in South Asia, and overall significant number of cases in the global south, mainly on the back of very low level of vaccine availability, and in turn, low rate of its being administered.

Rich, advanced countries that have stockpiled vaccine supplies, and have exceedingly higher inoculation rates than developing countries, need to understand that new variants nevertheless reduce the efficacy of vaccines being administered, and breaking the cycle would require a ‘people’s vaccine’, produced in large quantities in available capable facilities which are ready and in a significant number around the world, and more of which which can be made ready, where knowledge and expertise gaps exist, ending them through knowledge sharing, and distributed and administered in a timely manner.

Also, temporary removal of IPRs pose no threat to innovation, and rather, open-source approach of knowledge sharing could lead to more heads-togethers around greater information, with most chances of even better and effective research coming out of it for fighting the pandemic, and stopping the loss of life, happening otherwise in significant numbers on a daily basis.

One important step in an overall effort to remove IPRs, took place through WTO’s allowance of emergency use of the Chinese vaccine, as pointed out in a New York Times article by Sui-Lee Wee, which said, ‘The World Health Organization on Friday approved China’s Sinopharm’s Covid-19 vaccine for emergency use, easing the way for poorer nations to get access to another much-needed shot to help end the pandemic. The approval allows the Sinopharm vaccine to be included in Covax, the World Health Organization’s global initiative that is designed to promote equitable vaccine distribution around the world.’

At the same time, a very welcome step by the Biden Administration was to temporarily back permission of waiving IPRs on covid-19 vaccines –although it took a number of months for the USA to come to this, since a resolution at WTO by South Africa and India to waive IPRs had been lying there for many months– as reportedly indicated by US Trade Representative, Katherine Tai as ‘This is a global health crisis, and the extraordinary circumstances of the Covid-19 pandemic call for extraordinary measures. The administration believes strongly in intellectual property protections, but in service of ending this pandemic, supports the waiver of those protections for Covid-19 vaccines.’

That being said, the euphoria around the USA’s support was quickly shot down by the German Chancellor, as pointed out in a FT article ‘Angela Merkel rejects US move to waive patents on vaccines’ as ‘Angela Merkel has expressed opposition to the Biden administration’s proposal to suspend intellectual property rights for Covid-19 vaccines, saying it would have “serious implications” for vaccine production worldwide. The German chancellor said the limiting factors in vaccine supply were “production capacities and the high-quality standards, not the patents”. “The protection of intellectual property is a source of innovation and it must remain so in the future,” she added. Merkel was responding to the announcement by President Joe Biden’s top trade adviser, Katherine Tai, who said that while the US “believes strongly” in IP protections, it would support a waiver of those rules for covid-19 vaccines.’

Such reservations of the German Chancellor against allowing waiving IPRs are indeed not well-founded at all, and reflect the strong influence of big pharmaceutical companies, since the world has a lot of expertise in many parts of the world where covid-19 vaccines could be readily produced, and at full satisfaction with regard to maintaining ‘high-quality standards’, if IPRs are removed. Also, temporary removal of IPRs pose no threat to innovation, and rather, open-source approach of knowledge sharing could lead to more heads-togethers around greater information, with most chances of even better and effective research coming out of it for fighting the pandemic, and stopping the loss of life, happening otherwise in significant numbers on a daily basis. The world needs to remove IPRs at the earliest, because in the absence of this, such predictions as from the first innovators of the covid-19 vaccine as per their reported statement ‘The surge of coronavirus infections in developing countries such as India amid a relative scarcity of vaccine supply means that the pandemic will keep spreading until mid-2022, according to the inventors of the first covid-19 vaccine authorized in the West’ stands a strong chance of God forbid, coming true.

In terms of what to do next to reach a ‘people’s vaccine, renowned economist, Jayati Ghosh, in her recent Project Syndicate published article ‘Next steps for a people’s vaccine’ pointed out ‘The Biden administration’s decision to stop opposing a proposed covid-19 waiver of certain intellectual-property rights under World Trade Organization rules is a welcome move. But ending the pandemic also requires scaling up knowledge and technology transfer, as well as public production of vaccine supplies.’ It is hoped that IPRs of Covid vaccines will be temporarily suspended for the duration of the pandemic at the earliest possible.