Taking on the mafias 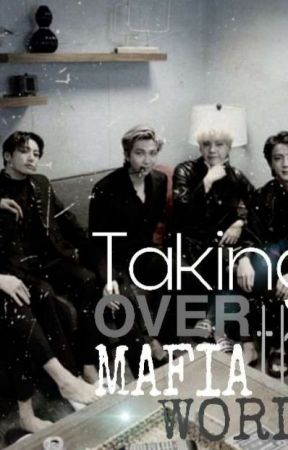 “Imagination is the beginning of creation. You imagine what you desire, you will what you imagine and, at last, you create what you will.”

There is much drama that is enacted every evening about politics and its dirty tricks, but there is deafening silence on the real issues that the society is grappling with, albeit with little success to boast about. Loss of substance in dialogue is one of them.

Constant murmuring abounds about the promise and resilience of people here, but one sees very little of that by way of practical manifestation. The claim mostly resides in the books of fiction specially authored to lull people to be lost in the grandiose stupor of the make-believe.

Instead of demonstrating and practising rank partisanship, we should instil substance and logic in our conversations because only that provides the right material for erecting a sustainable national edifice. This is no time to sit back. This is a time to become a part of this movement. This is a time to be there, right in the front, leading the charge for real change

The malady can be traced back in time to a combination of events and happenings, all leaving a deep impression on the psyche of the people. Instead of the impact diluting with time, it has incensed further in pungency. Unfortunately, it does not appear that things are going to be any different in the foreseeable future. However, further aggravation cannot be discounted.

What is most alarming is the fact that people in leadership roles are seen taking positions, and hard ones at that, not by way of any logic and reason, but to serve the cause of their personal interests through individuals they are aligned with. In the process, one sees that crime, and those who have traditionally indulged in this despicable practice, emerge as the beneficiaries in the public eye. There is not as much as a word of criticism of the ravaging loot and plunder these people perpetrated during their stints in power. That is conveniently forgotten if one’s personal interests are in sync with their projections encompassing similar crime sprees in the future. The entire format of conversations and programmes is structured to elevate corruption and downgrade those who have taken on the mafias to rid the country of their menace. With a preponderance of such presentations, people are the ultimate victims of this poison.

In addition to individuals, institutions are also subjected to scathing and partisan criticism. This supersedes the constructive and enabling role that they may have played in matters concerning the state. This is also a reflection of conduct which is meant to advance gross personal interests in preference to the national stakes. At times, this criticism is also linked with the stance these institutions take with regard to the incumbent government: if such a position gels with the self-interest-driven posture of these pontiffs, the institution is applauded. Otherwise, it becomes the target of vicious and lopsided critique.

In the present times, the institution of the military fits into this description. Instead of heaping criticism on some individuals who may have been responsible for transgressions in the past, the whole institution is subjected to ridicule on the behest of those whose initial entry, survival and advancement in the annals of politics is owed to their allegiance with the military. This includes the likes of the Bhutto-Zardari and the Sharif clans. Asif Zardari  may be biding his time to spring into provocative action like he has done often in the past, Mian Nawaz Sharif  is already full of venom and hatred that he is spewing on the institution, thus becoming an instrument in spreading disunity and anarchy in the country.

Personal agendas and hyperbole, as also strictly partisan positions, becoming lead constituents of debate, is worrisome. Such engagements cannot result in the development of sustainable narratives and solutions concerning problems that the state may be confronted with. We are in dire need to divorcing our strong and often prejudiced likes and dislikes and learn the art of approaching issues on the basis of a rational discourse encompassing facts and figures so that we could take decisions which would contribute to successfully addressing the challenges of the times. Individual interests suiting a particular community should not dictate the narrative. The dominant contributing factor should be the collective interest that would be of benefit for all segments of the society irrespective of any divisions.

Similarly, the culture of heaping scorn on institutions one may have had a difference with, completely unmindful of the positive contribution that any such institution may be making in the service of the country, is no way to promote the interests of the state. In fact, it causes caustic dissonance which may bring harm to the country and the people both. We must learn to stop subjecting institutions to a palpably partisan and vindictive treatment and learn to live with and applaud their role in national security and development.

We are passing through challenging times when the country is undergoing transformative changes. The traditional method of letting the elite capture continue operating through mafias and cartels has been challenged which has caused a deep stir. This is because no one before Imran Khan had the conviction and the courage to rid the country of these criminal gangs and their operatives. It is he who has decided that the country is paramount and cannot be rendered subservient to any kind of criminal perpetration. Remaining true to the kind of person that he has always been, he has taken them on even at the cost of increased threat to his government. This is a make-or-break game. There is no midcourse available. There is no stopping midway also. It is either the country or the mafias. The two cannot survive at the same time. Quite obviously, Imran Khan has put his weight on the side of the country and has taken the ultimate risk of ridding it of the evil machinations of these gangs.

Instead of siding with this malfeasant coalition of criminals which has exploited the country through decades, one should put one’s weight behind this movement launched to put the state above and beyond the personal agendas of individuals, mafias and cartels. We are fortunate to be witnessing this intense confrontation.

Staying silent is no longer an option as that would be construed as being on the side of crime and its perpetrators. In spite of any differences with the government, this is a defining moment to use our written and spoken words to be on the right side of history. And that right side is to strengthen the government’s hands and resolve to deal effectively and conclusively to see the back of these exploitative conglomerates which have been nibbling away at the national potential to rise.

This is no ordinary struggle. Very few politicians who are also heads of government would be able to display this magnitude of courage and commitment to take on the elite capture in the way Imran Khan has done. He has not even spared the ones who have been close to him which is a practical manifestation of his commitment to undertake accountability across the board, without any discrimination. This accountability is now underway in earnest.

Let us not act either deaf or dumb because that we are not. That would only be an expedient and self-imposed condition which would be to the detriment of the national interests. The ones who take that position would be inflicting injury and harm on the state. It is time to step out and be counted when a new chapter is being scribed, a new epoch is dawning.

Instead of demonstrating and practising rank partisanship, we should instil substance and logic in our conversations because only that provides the right material for erecting a sustainable national edifice. This is no time to sit back. This is a time to become a part of this movement. This is a time to be there, right in the front, leading the charge for real change.