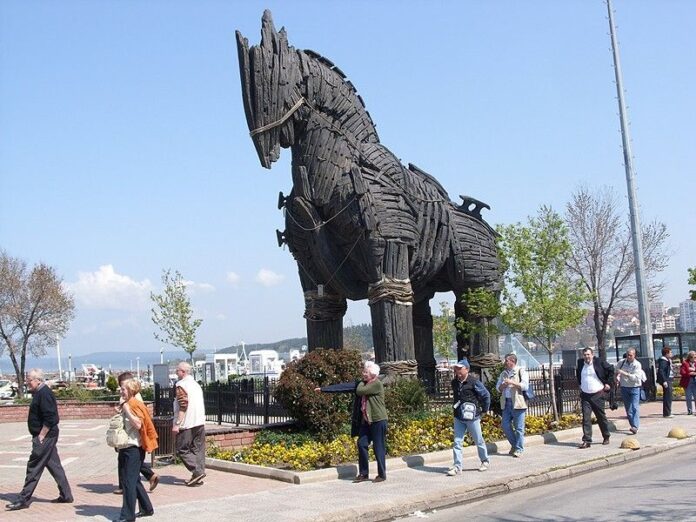 In our history The Trojan War has somehow motivated the creativity of writers and was celebrated in the Iliad and the Odyssey of Homer. It was a legendary war between the early Greeks and the people of Troy in western Anatolia, around the 12th or 13th century BC.

In the conventional narrative, Paris, son of the Trojan king, ran off with Helen, wife of Menelaus of Sparta, whose brother Agamemnon then led an expedition against Troy. The war lasted 10 years, finally ending when the Greeks pretended to withdraw, leaving behind a large wooden horse with an attacking army concealed inside. When the Trojans brought the horse into their city, the hidden Greeks came out at night to destroy Troy and massacre its people.

It has been more than three millennia, and not much has changed, the accounts of the Trojan War continue to affect the artists and writers as they maintain their relevance to the present situation of ongoing wars in the world. In many ways, Greek mythology is close to what the empowered have done for centuries. One appealing fact about the crime against humanity is that if war is done over and again, then it must be done differently. Wars are never repeated the same way, but the enemy has a different way of constructing their Trojan horses every time. There is a deadly ignorance to the stories of war, a repetition of destruction and calamity with an endless suffering.

A Trojan Horse is some insipid chamber for hiding something within to get past defences or some other obstacle. Nowadays these are not mere wooden horses but backed-up propaganda that help other countries launch war.

The situation may be depressing at the moment, but the world cannot give up hope, as people like us who stand against war and the construction of Trojan horses, continue to resist foreign tyranny. With our thoughts, words and actions we continue to provide moral support and appeal against the terrible hardships of war. Throughout history these wars and their effect seem inevitable and the only way we can avoid their repercussions is through an admittance that they began in error and are an ongoing propaganda

In March-April 2003, a joint military force from the USA and Great Britain invaded Iraq, quickly overtaking the Iraqi military and paramilitary forces. Over time the USA reduced its presence in Iraq, leaving behind its Trojan Horse with a war zone from north to south, and east to west, as conflicting militant groups, political uprisings and foreign parties competed for power at the cost of the Iraqis. The Trojan Horse effect led to a regional split that also consumed Europe with the refugee crisis and recovered conventional biases in the West.

The Middle East is more unstable and destroyed than it has ever been in the history. It is in a proxy war of a serious territorial involvement with no agreement in consideration. The Western Trojan claims to withdraw while Russia and China declare themselves on the global stage and assert open challenges. The entire world has suffered after a decade and a half of global violence and instability, but it remains a challenge as the Trojan horse propaganda poses a daily threat for everyone.

The USA also took its Trojan horse for the benefit of avenging its people, into Afghanistan in 2001, with a scanty knowledge of a land, often known as the ‘graveyard of empires’. Even in their prime the powerful might assume that they have not lost the war but all the three Presidents since 2001 have not been able to keep up to the promised mission. The Trojan horse has postponed a May 2021 deadline for its exit from Afghanistan, warning that an early withdrawal would let the terrorist groups to reunite.

Considering the human rights violations and the treatment of minorities in India, especially Muslims, under the RSS-BJP regime, India is using every possible tool of oppression to build their Trojan horse.

However, no amount of reprisal has been able to subjugate the Kashmiris. It has been a tale of agony and cruelty unleashed upon this beautiful land and its people with security forces frequently conducting midnight raids and torturing unarmed citizens.

These violations have been comprehensively documented by the UN human rights machinery as well as international human rights and humanitarian organisations. India’s strategic relations with the USA have still not helped it to establish the Trojan Horse scenario because countries like Pakistan focus on highlighting human rights and the treatment of minorities especially in Kashmir. Priime Minister Imran Khan had also stated that the international pressure had revived his hope that India will be forced to resolve this issue peacefully and in accordance with the wishes of the Kashmiri people.

The USA in modern times has exhibited the most blatant display of double standard Trojan Horses. The USA on one hand hastens to sanction China and other countries, while at the same time pivots towards India, completely ignoring the well-documented and internationally acknowledged ethnocide and human rights violations being perpetrated by the Indian Government in Kashmir. To further tilt the scales, the USA has included India in the Quad Group, aimed at containing China.

It is further expected that India will be offered a major NATO partnership in the coming weeks, with major technological and defence cooperation implications. Without dissecting the human rights violations, it is safe to say that one rule applies to all. You can’t sanction one and cajole the other. If there ever was a modern-day example of Trojan Horse politics, the USA’s China policy in violation of human rights, would be one too stark to overlook.

Much of this turmoil could be prevented if the USA, the UK and other Western states pulled back their Trojan horse’s support for the ongoing wars and failed interventions. This accounts for an active participation for peace talks by the west and neighbouring countries. Pakistan has religious and moral ties with the Muslim countries, and it has always provided moral and diplomatic support to the occupied states.

UN Secretary General Antonio Guterres recently said that he valued Pakistan’s part in the active functioning of the global body, naming the country a “fundamental partner of the United Nations”.

The situation may be depressing at the moment, but the world cannot give up hope, as people like us who stand against war and the construction of Trojan horses, continue to resist foreign tyranny. With our thoughts, words and actions we continue to provide moral support and appeal against the terrible hardships of war. Throughout history these wars and their effect seem inevitable and the only way we can avoid their repercussions is through an admittance that they began in error and are an ongoing propaganda. 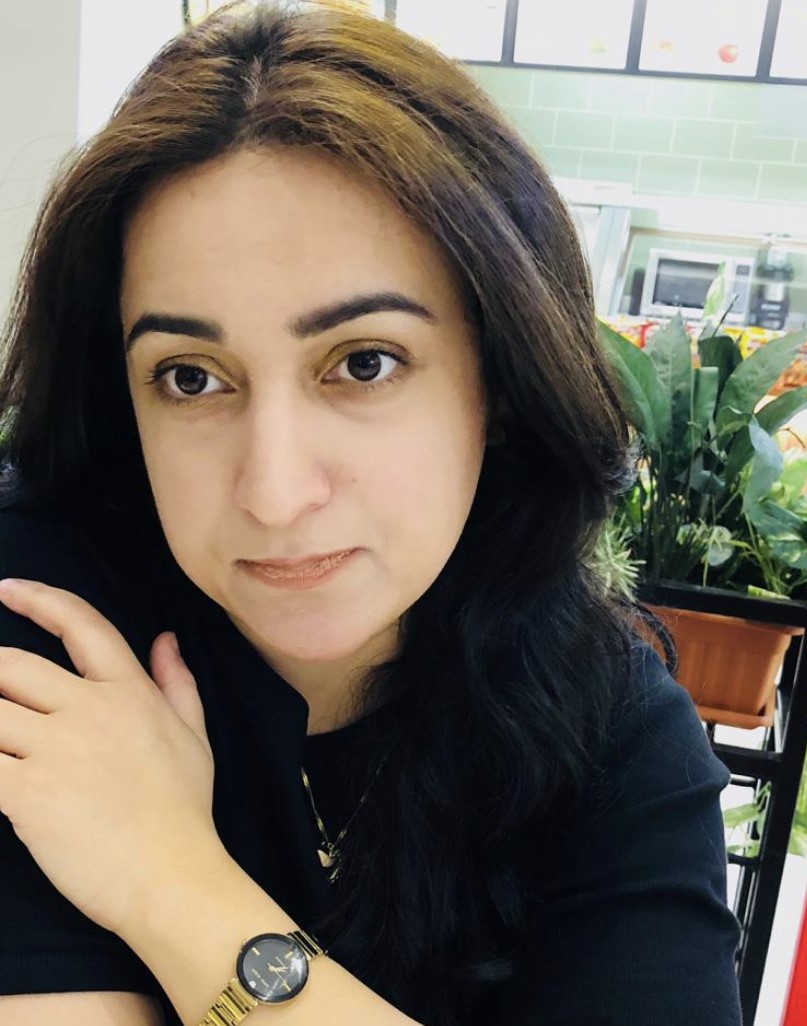