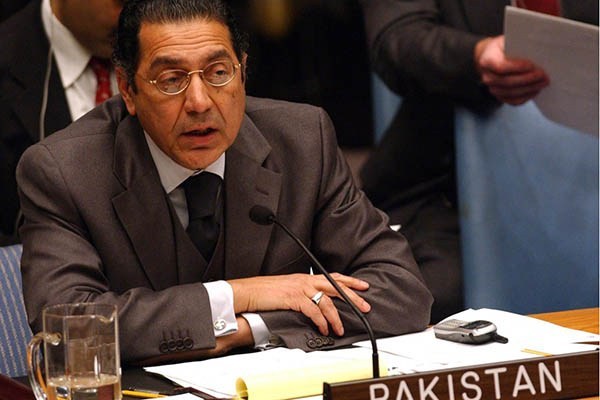 NEW YORK: Pakistan Ambassador to UN Munir Akram has called on the global community to address the crisis of inequality and mobilise financing for recovery from Covid-19 pandemic.

“We have to address the crisis of inequality because we cannot build back better if we continue on this path of inequality,” Akram, who also heads UN Economic and Social Council (ECOSOC), told journalists on Friday at a virtual press conference ahead of the body’s high-level meeting on financing for development, which falls on Monday.

Speaking of the pandemic’s severe impact on people across the world, he said, “We have seen the inequality between countries and between people within countries. The poor people, both in the rich and the poorest countries, have suffered the most.”

“And this is a vivid illustration of the nature of our international system and national structures, where there is no equity,” Akram said, noting that 100 million people have been pushed into poverty during this crisis.

“At the same time, the richest people have added $337 billion to their wealth,” he said. “There are so many, so many illustrations from this crisis of the inequality in structures. And I think if we are going to build back better as the secretary general has said, we must address not only the climate crisis.”

The ambassador said that the Economic and Social Council’s Financing For Development forum will meet on Monday in a high-level segment meeting with the heads of state and heads of government as well as ministers, noting, “It is my hope that we will come out with some positive developments at this session.”

“I have been pleased by the fact that there is an agreement at the G20 level for the creation of 650 billion dollars in new SDRs [Special Drawing Rights],” he said.

In the meantime, the ECOSOC president reiterated the UN’s stance of opposing vaccine nationalism, “both in the production, as well as in the distribution of the vaccines.”

He called for efforts to “fully finance the COVAX and the Acumen accelerator.”

“There is still a gap of about 16 billion dollars, as I understand it in financing the COVAX facility, which was meant to buy vaccines and distribute deals to at least 20 per cent of the priority populations in all countries,” he said.

“And this is far behind schedule,” noted Akram.

The ambassador warned that the vaccine inequality “is now becoming more and more visible.”

“This vaccine inequality will translate into inequality in the impact of the pandemic, both economic and social,” he said.

“We need to have quick action on the response to the pandemic, and then to contain the virus equitably and globally,” he added.