‘Men of business’ must have seats found for them 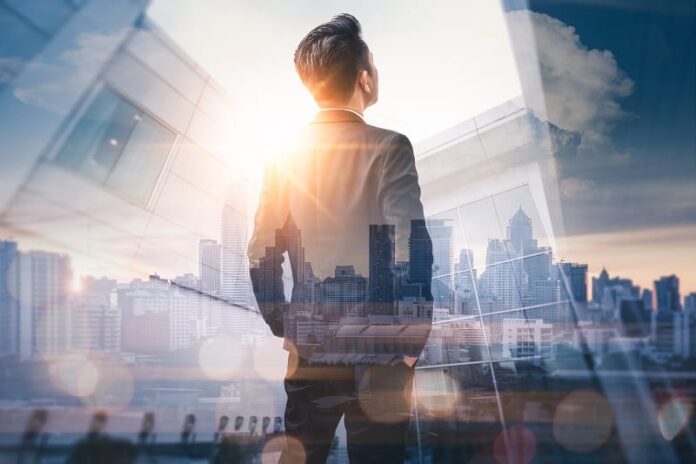 Hamad Azhar did not get the Finance portfolio under the best of circumstances, and the stopgap nature of his assignment at the Finance Ministry, which is in Q Block, Pak Secretariat, was only emphasized by the refusal of Shaukat Tarin to take on the job. His unsuitability for the portfolio could be seen in the way his first major initiative, importing cotton and sugar from India, was reversed, even though it had been made because of a summary recommending it from Prime Minister Imran Khan.

However, Hammad shouldn’t have been surprised at the alacrity with which Imran threw him under the bus. After all, he had got the job after his predecessor was himself thrown under the bus, being made to take the blame for the inflation that was raging. There is something wrong somewhere, because he can be held responsible for the inflation because he successfully negotiated the IMF programme which started off that inflation, and the inflation continuing after the renewal of the programme which he negotiated.

While Hanif Khan’s boss, Bhutto, could do his share of the work, it is moot whether Imran wants to. He wants to chair neither the NFC nor the ECC, both of which require someone with a seat in Parliament. The assumption that either needs anyone with more than a modicum of economic training is one instilled by Martial Law regimes.

It should be remembered that he was brought in because his predecessor, Asad Umar, had not succeeded in getting a deal out of the IMF. It is interesting that Asad Umar had a seat in the National Assembly, and was a committed party man, unlike Dr Sheikh, who did not have a seat in Parliament, and had to be found one.

It seems that the effort of finding him a seat proved his undoing, not inflation, for at the beginning of the month, he was so well thought of by the Prime Minister that he was made the PTI candidate for the Islamabad Senate seat. Earlier, last December, he had taken oath as a federal minister, thus meaning he had six months to find a seat in Parliament. That is why he was nominated for the Senate seat. There was heartburning within the party because of this, because Dr Sheikh got the portfolio and not a party stalwart. In fact, he had served as Finance Minister in a PPP Cabinet, and before that had been in the Jamali and Shaukat Aziz Cabinets, and before that in the Musharraf-era Sindh Cabinet. He lost, and thus in May would have been turfed out of the Cabinet. It almost seems as if the PTI made the best of a bad job by announcing his departure due to inflation.

The tacit, almost secretive, acknowledgement that inflation is bothersome is a step forward. However, while Dr Sheikh was made to carry the can for it, his boss, the person with whom the buck is supposed to stop, Imran himself, clearly does not accept responsibility, even when he himself is to blame, as in the current import imbroglio.

The problem is the overlapping of economics and foreign policy. That is one reason why the Finance Ministry should receive orders from someone with some political awareness, not a pure technocrat. On purely economic grounds, it makes sense to import cotton from India, because the local cotton crop has failed, and the textile industry needs to import if it is to meet export orders. Sugar needs to be imported to bring down the price, which went up because of a local shortage created by the over-enthusiastic export of sugar. Who approved that export? The PM.

Imran is tangling himself whenever he takes economic decisions, which probably inclines him to the view that the Finance Ministry requires a ‘man of business.’

The Cabinet system of government does not require the minister to be an expert, but the secretary. It seems that the government is not properly served by its bureaucracy, and thus tries to import talent in the shape of ministers.

Imran has extended the practice of naming PM’s Advisers and Special Assistants to the PM, so that he can pick the best talent. Presumably like Nadeem Babar, who had to resign as Petroleum SAPM because of his involvement in the fuel shortage last summer. One problem that Dr Sheikh showed was that it is not so easy to find seats in Parliament for the ‘men of business’.

In Pakistan, expertise is expected in Finance Ministers, probably a tradition dating back to the very first Cabinet of Pakistan, when Malik Ghulam Muhammad, basically an ICS officer from what is now the Audit and Accounts Group, was appointed Finance Minister. When he became Governor General, he was succeeded as Finance Minister by Ch Muhammad Ali, who later became PM. Ghulam Ishaq Khan maintained that tradition of the finance bureaucrat becoming minister, and he too later became head of state.

Muhammad Khan Junejo initially maintained that tradition, having Dr Mehbubul Haq as his first Finance Minister. However, he then appointed Yasin Wattoo, the first Finance Minister since Abdul Hafeez Pirzada to sit in the National Assembly. However, when Benazir came to office in 1988, she appointed an expert, V.A. Jafery, a former State Bank Governor, as PM’s Adviser. In 1990 Nawaz Sharif appointed Sartaj Aziz, a Senator, Finance Minister. Sartaj was basically an agricultural economist. In his second term, he was made Foreign Minister, letting the Finance portfolio go to Ishaq Dar, who then held it as an MNA. But when he was given it in the 2013-18 period, he was in the Senate. He is an expert in the sense that he is an accountant by profession.

Under Musharraf, Shaukat Aziz as a banker got the job, which he retained when he became PM. When the PPP formed a national government, its PM, Yousuf Raza Gilani, inducted Ishaq Dar, and gave the portfolio to Naveed Qamar when the PML(N) pulled out. Naveed Qamar was apparently not good enough, and Shaukat Tarin was brought in as PM’s Adviser. However, when it was realised that he could not chair the National Finance Commission without being the Minister, he had to be made one, and found a seat in the Senate.

The Senate is meant to find a place for ‘men of business’. The British manage things better. A long time ago, there used to be ‘rotten boroughs’, but for the last two centuries, the PM just creates anyone he wants a peer, with a seat in the House of Lords. Pakistani PMs cannot name anyone to Parliament.

Normally, there is no seat to be found in the National Assembly (those who remember Shaukat Aziz’s becoming PM might recall the effort needed to get him in the National Assembly), but usually the ruling party controls one provincial assembly so thoroughly that it can not only make a Senator from the province resign, but ensure that its nominee wins. Though the PTI controls two provincial assemblies, it is not sure that it can ensure a win in either for Tarin. That leaves Hammad, who already is an MNA.

However, while Hanif Khan’s boss, Bhutto, could do his share of the work, it is moot whether Imran wants to. He wants to chair neither the NFC nor the ECC, both of which require someone with a seat in Parliament. The assumption that either needs anyone with more than a modicum of economic training is one instilled by Martial Law regimes.