Focus on TOT is the way forward 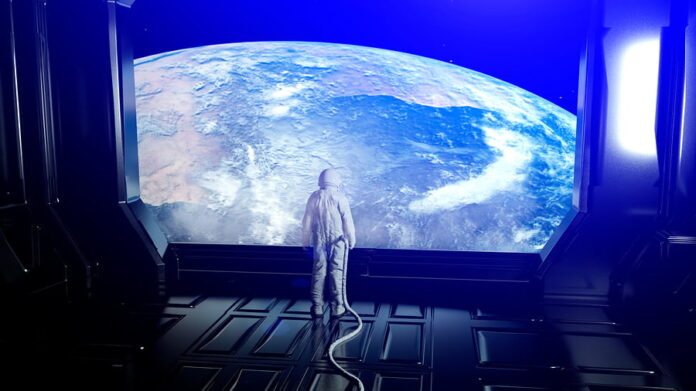 Technology is the strongest resource of our times, essentially needed to improve quality of life in the 21st century. While most scientific publications go through peer review, technology has to face stiff market acceptability. Unfortunately in the land of the pure the focus on technological development has been very limited. As periods of nation building have been brief (1947 to 1958, 1971 to 1977), technology development has immensely suffered due to this serious lapse. A lot of effort was put into development in the first decade after independence. The framework included: PCSIR (Pakistan Council of Scientific and Industrial Research), PAEC (Pakistan Atomic Energy Commission), PIDC (Pakistan Industrial Development Corporation), PPL (Pakistan Petroleum Limited-Supplying Sui Gas), POF (Pakistan Ordinance Factory), KSEW (Karachi Shipyard and Engineering Works) etc. Then again in the 1970s basic industrialization took place, together with Defense Production units being established as under: PSM (Pakistan Steel Mills), FCP (Fertilizer Corporation of Pakistan), NCST (National Commission for Science and Technology), PCST (Pakistan Commission for Science and Technology), PSF (Pakistan Science Foundation), PAC (Pakistan Automobile Corporation),RDC (Resource Development Corporation) , HIT (Heavy Industries Taxila), PAC (Pakistan Aeronautical Complex), PEC (Precision Engineering Complex), MTL (Machine Tool Factory) KRL (Kahuta Research Laboratories) etc. There was a major revamp of the PAEC with a go-ahead to develop the Nuclear Device under the leadership of Engineer Munir Ahmed Khan.

On 14 August 1973, with the passage of the unanimously agreed constitution, Pakistan achieved the status of a constitutional republic. Zulfiqar Ali Bhutto (ZAB) took oath of office as the first elected Prime Minister under the new consensual arrangement. A new era of technological development started with emphasis on Transfer of Technology (TOT). PAF’s JF 17 Thunder, and the Army’s Al-Khalid tank are the result of these efforts. Pakistan also started producing steel. Till 2008 the Steel Mill was profitable.

In the 1970s, we were ahead of China in technical know how, now we seriously lag behind as the ‘Romance’ has been extended far too long while ignoring much needed ‘Finance’ that our technology can generate, with over 83 research centres and 224 R&D organizations under the federal government alone, together with about 200 research centres with the provinces, mostly pushing papers, and also with no effective academia-industry linkages of our universities.

In 2018, Pakistan started large-scale coal mining at Thar to tap its huge energy potential, and the PSF played a major role in this project. It was hoped that this development would continue now that the power framework had been put in place. Unfortunately, the very first electoral contest was disputed. By this time, the establishment had recovered from the East Pakistan debacle and the evergreen, but lethal for democracy, electables had managed to regain their lost turf by sidelining the ideologues who had brought ZAB into power. The nine-party opposition took to the streets, paving the way for the third Martial Law  in July 1977. It was back to the starting point all over again. Not only the Constitution was disfigured, most civilian institutions also came under attack, thus engulfing the nation in Zia Dark Ages which refuse to come to a close. With the ongoing power struggle, the growth of technology  continues to suffer. The choices are clear, either we resolve both of them or detach the technological advancement from the unending power struggle.

With the recent upheaval in the Higher Education Commission (HEC) it seems the power struggle has started to hit vital institutions as well. HEC was formed in 2002, replacing the University Grants Commission (UGC). Funds were provided to upgrade research facilities in academia. By some estimates over a thousand billion rupees have been granted for this purpose. After two decades, when the HEC decided to evaluate the impact of this expenditure the Ordinance has been amended, the Chairman has been removed by decreasing the term from four to two years.

This is the first time that such an approach has been adopted to remove the head of an autonomous body. During the Zia era, when one of the Generals wanted to replace the Chairman of Pakistan Science Foundation (PSF) with his relative the act came in the way. An ordinance was issued enabling the President to replace the Chairman as he was the appointing authority. Such adhoc ordinances have to be avoided to protect the autonomy of institutions. In principle all those being audited for performance by HEC should be asked to step down from their positions in order to ensure a fair evaluation.

Technology should be de-linked from this power struggle for real development to take place. Scientific research should be more focused on national issues and leading to technological development. Publishing papers is an academic activity that has been ongoing for decades, now application and output is required.

Technology is the application of science to solve real life problems. Focus has to be on end products like the JF-17 Thunder, Al-Khalid and the Nuclear Device. Industry-Academia Linkages have to be established for which, Business Plans, not Technical Papers are required. In the New Product Development Course that I teach, I usually classify it as a journey from, ‘Romance to Finance ‘. Technological Growth will come with application and commercialization of our own indigenous technologies.

The Technology Road Map carefully prepared in the 1970s should be revisited, debated and discussed. Now that the party in power has a major presence in the Senate, such consensus can be achieved. President Farooq Leghari took keen personal interest in this vital sector. He had formed committees of prominent technologists who met regularly to advise him on the way forward. The deregulation of the Telecom Sector came from this forum, today the country has one of the fastest growing Telecom Densities in the world. Then again when Zardari Sahib tried to take control of the Sui Gas field through privatization of Pakistan Petroleum Limited (PPL), the President intervened in the interest of the state. The PM should form a Technology Transfer Office directly reporting to him to evaluate the and then ensure TOT to the industry for commercial applications. The recently formed National Export Development Board will be meaningful if we apply our own developed, not borrowed, technologies as has been the case thus far with no substantial transfer of our indigenous knowledge base.

In the 1970s, we were ahead of China in technical know how, now we seriously lag behind as the ‘Romance’ has been extended far too long while ignoring much needed ‘Finance’ that  our technology can generate, with over 83 research centres and 224 R&D organizations under the federal government alone, together with about 200 research centres with the provinces, mostly pushing papers, and also with no effective academia-industry linkages of our universities. Focus on TOT is the way forward.