The crisis of the Federal Higher Education Commission

How institutions are ruined 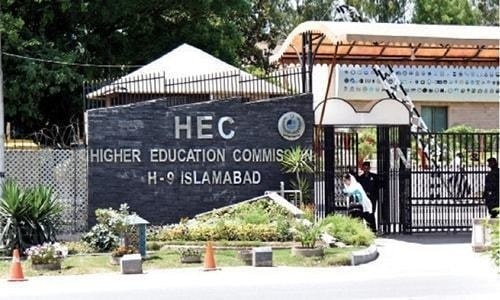 The Higher Education Commission of Pakistan is in the news these days. The reason is that on 27 March, the federal government removed the head of the commission, Dr. Tariq Banuri, from his post. In May 2018, the Prime Minister Shahid Khaqan Abbasi appointed Dr. Banuri. His four-year term was due to end in May 2022. But the federal government, through a presidential ordinance, fixed the term of the chairman of the Higher Education Commission at two years instead of four and removed Dr Banuri from his post.

Dr Banuri went to the Sindh High Court and got a stay order against the government notification. He may succeed in getting a reinstatement order from the Sindh High Court. Whether he does or not, it will not make much difference. The reputation of the organization has been breached. The Federal Higher Education Commission is a regulatory body. It oversees colleges and universities across the country, provides them with all possible assistance, and advises the government on policy making.

It was a pity to see how easily the law and its head were blown away by an order issued at midnight. The fact is that there were many complaints related to Dr. Banuri. Most Vice Chancellors complained that it has become very difficult to keep in touch with them. The media complained that the concerned staff and Dr Banuri himself were not available to provide information on various matters of the commission. There was dissatisfaction among the people associated with the education sector about many of the policies he formulated.

Launching an associate degree program, abolishing programmes like BA and MA, allowing a doctorate after BS, and many other issue,s caused anxiety and uneasiness. The employees of the commission themselves were protesting that Dr Banuri was recruiting retirees at exorbitant salaries. There were also recruits to higher positions who had only a graduate degree. According to Dr Banuri, he was under a lot of pressure from government officials. His work was interfered with. Some government officials wanted to reap financial benefits by doing illegal things of their own accord. Dr Banuri also says that NAB investigations were launched against him to put him under pressure and he was asked to resign. He was fired by a presidential ordinance for refusing.

The federal government is currently being criticized for improperly removing the head of the Commission. The fact is that the government and politicians alone cannot be blamed for this whole story. It did not happen overnight. Punjab Minister for Higher Education Raja Yasir Humayun has rightly said that “politicians alone cannot be blamed for all kinds of wrongdoings. A mafia in the education sector has been trying for a long time and finally succeeded.”

The improper dismissal of the head of Pakistan’s Higher Education Commission cannot be supported. If this tradition continues, it will be very easy to remove the head of any institution with a stick. At the very least, it is important to keep the education sector (especially higher education) free from such decisions. If Dr Banuri has been removed due to poor performance, are the heads of all other agencies performing well? Most companies are running at a loss. If billions of rupees of people’s taxes are not provided, then the breath of these institutions will be broken. Similarly, there are federal ministers whose performance Imran Khan himself is not satisfied with. Should all these heads and ministers be removed one by one in the same manner?

Even if the removal of heads of institutions really begins, higher education institutions should be exempted from this tradition. We first banned our national airline worldwide by declaring our pilots’ degrees to be fake before the investigation. We called our politicians thieves and looters and branded Pakistanis all over the world as corrupt and dishonest. India is always on the lookout for such news. Assume that its embassies in the UK and other major countries are tasked with collecting negative news about Pakistan’s higher education and disseminating it to key institutions where  Pakistani youth can get admission in its universities, so as to stop it.

The tussle between the head of Pakistan’s Higher Education Commission and the federal government must have caught India’s attention. If the head of the Federal Higher Education Commission were to be removed, an appropriate procedure could have been adopted. Even if governments are weak, they have unlimited resources and powers. Persuading Dr Banuri to resign was not difficult for the government. If there were complaints about Dr. Banuri, Education Minister Shafqat Mahmood could have informed him, and urged him to rectify the situation. If the amendment to the law was so necessary, it could have been resolved by bringing it under discussion in Parliament.

H.E.C is a very important institution. In 2002, under the leadership of Dr. Ata-ur-Rehman, it performed very well. Thousands were sent out to study. It helped those who came to study to get jobs. There is no denying the competence of Dr Atta-ur-Rehman. However, he was fortunate to have huge funds and unlimited options.

Otherwise, during the PPP government, the same HEC’s condition was critical. Funds were so scarce that young people in different countries on scholarships were forced to beg in those countries due to funds drying up. The situation of the Commission has improved in the PML(N) government. The budget increased to Rs. 112 billion.

But one of the reasons why universities, vice-chancellors, teachers, and students are angry with Dr Banuri is that the Commission has failed miserably to provide them adequate funding. The Commission made significant cuts in university funding. What should the Commission do? Where did you get the funds to give to the universities? Inflation has risen sharply in recent years, but higher education budgets have shrunk rather than increased. For the year 2020-21, the Commission had demanded Rs 105 billion from the federal government. But the government gave only Rs 64 billion. After a 40 percent decline in the value of the Pakistani rupee, estimate the value of these Rs 64 billion. In such a case, where should adequate funds be provided to the universities?

There is another side to this. The federal government is currently being criticized for improperly removing the head of the Commission. The fact is that the government and politicians alone cannot be blamed for this whole story. It did not happen overnight. Punjab Minister for Higher Education Raja Yasir Humayun has rightly said that “politicians alone cannot be blamed for all kinds of wrongdoings. A mafia in the education sector has been trying for a long time and finally succeeded.”

Fahad Siddique
The writer can be reached at : [email protected]