Human Security is on the backburner 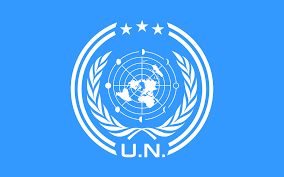 Since independence, individual interests have hijacked the institutions, public interests have been jeopardized, human security was kept back and traditional security remained the cornerstone. Recently, the Stockholm International Peace Research Institute reported that Pakistan ranks tenth amongst the largest arms importers of the world.

On the other hand, according to the latest United Nations Human Development Index Rankings, Pakistan is positioned at 154. These annual rankings are measured by combining indicators of life expectancy, educational attainment and income. Moreover, on the Global Hunger Index, Pakistan stands in the 88th position which highlights serious issues of undernourishment, child wasting, child stunting and child mortality due to inadequate nutrition and unhealthy environments. According to the Corruption Perception Index 2020, Pakistan ranks 124 which indicates immense public sector corruption. Understanding the actual predicaments and devising satisfactory solutions is paramount in order to pave way for development.

While the country’s citizens are fighting numerous problems, politicians are busy in internecine verbal clashes and incessant efforts to criticize their opponents. Former ambassador Maleeha Lodhi has rightly termed this as the ‘poverty of political discourse’. After all the aggressive rhetoric and slandering, the public can only perceive these clashes between political representatives as ‘games to acquire power’. For 20 years, the citizens of this country have been performing funerals of those who died in suicide and terror attacks. For all these years, civilians as well as the Army struggled to fight terrorism.

People are deprived of basic needs of food, shelter, clothing, education, health and adequate sanitation facilities. Furthermore, increasing unemployment and inflation has wreaked further damage on the country. Recently, an exorbitant increase took place in the prices of food products. The prices of fundamental kitchen commodities like flour and sugar have risen and posed a precarious challenge for the government. Amid this crisis, the coronavirus pandemic proved to be the final nail in the coffin. Most of the businesses were shut down, people were left unemployed and economic slowdown was observed, not only in Pakistan but worldwide.

Though Prime Minister Imran Khan has initiated the Ehsaas programme in order to eradicate poverty and feed the poor, it has made little progress. Despite the current account surplus, fruits of governmental policies are not reaching the common populace. One cannot ignore the inflation rate and GDP growth rate. Pakistan’s GDP growth rate recorded for 2019 marks a 4.85 percent decline from 2018 and it was 0.99 percent. Whereas, the inflation rate of Pakistan in 2019 was 10.58 percent, a 5.5 percent increase from 2018.

Formulating policies and making decisions is not a problem, rather implementation and timely evaluation of those policies is an actual challenge. Despite rampant corruption and political instability, a weak institutional setup is another obstacle in the country’s development. As an illustration, statistics relevant to poverty in the country were last updated in 2015-16 and the responsible institutions are blaming each other instead of performing their task.

Confronting such concerns at the latent stage is preferable otherwise; these agitations flare-up in the form of direct violence.  Over and above that, engaging in an arms race has never benefitted any nation. From plenty of historical conflicts, one can deduce that there is no victory in war, rather there is humanitarian and material loss. Ultimately, when conflict is ripe and warring factions reach a mutually hurtful stalemate, they look for a peaceful solution to terminate the violence. Therefore, it is high time to realize that in this globalized world, cooperation and understanding the root causes of nuisance is the only way to progress.

When there are so many internal issues relevant to human security, the focus of successive governments has always been traditional security. The defence budget in the fiscal year 2020-2021 has increased 11.9 percent from the previous budget, in 2019-2020, which was Rs. 1,227 billion. Whereas, Rs. 83.3 billion were allocated for education for 2020-21, being no significant increase upon the previous Rs. 81.2 billion. Strong military forces are crucial to maintain deterrence amid the prolonged conflict with India, the threat from Afghanistan and terrorist organizations that can further exploit the sectarian fault-lines, like the Islamic State of Khorasan Province (IS-KP).

However, the significance of human development cannot be overlooked. Survival is the foremost national interest for Pakistan, which will not only be ensured by border security but also human security. People with empty stomachs can neither think about border security nor environmental security; they are just luxuries for them.

Albeit Pakistan is ranked as the tenth largest importer of major arms, the neighbouring countries, India and China, hold the second and fifth positions respectively. India has also not addressed its fault-lines, rather stifled voices which have resulted in frequent demonstrations in the country. The prevalence of Islamophobia and the Hindutva ideology, within the society under Modi’s regime, has resulted in polarization. Furthermore, hundreds of thousands of farmers abandoned their fields after the Indian Parliament enacted the three laws in September 2020. The months-long peaceful protests transformed into violent ones when on Republic Day, 26 January 2021, hundreds of protestors changed their pre-approved routes to enter the capital amidst the Republic Day parade.

Instead of addressing the grievances of the farmers, the Indian government tried to oppress their voices just like it did to protesters after the enactment of the Citizenship Amendment Act and the repeal of Article 370 of the Indian Constitution by arresting citizens under the Sedition Law. Anyway, if such issues and grievances are suppressed, they erupt as contradictions and violence later on.  The case for Pakistan is no different because problems in the agricultural sector remain unresolved but fortunately, the farmers have not yet started protests for their rights. Similarly, one cannot turn blind eye to the resentment in the hearts of the people of Balochistan. Dozens of coal miners are dying due to accidents and delinquency of mines inspectors to ensure safety standards. Contrarily, the fifth largest arms importer, China, has been working on human security and economic development for years. Lately, China has announced victory in tackling poverty and achieved its long-trumpeted goal of lifting its entire population above a poverty line of $2.30 in daily income.

In conclusion, the problems are the same since the partition of the Subcontinent and the solutions by this government are not different from the previous ones. The government ought to comprehend that, even after so many years of independence; only dialogue over human security will not be enough.

Transparency, merit, accountability, rule of law, implementation and timely evaluation of policies are pre-eminent. Furthermore, a stable institutional setup is crucial along with efficient and honest public servants. In addition, political leaders need to engage in negotiations, address the grievances of the people, formulate and implement favorable policies instead of suppressing their voices.

Confronting such concerns at the latent stage is preferable otherwise; these agitations flare-up in the form of direct violence.  Over and above that, engaging in an arms race has never benefitted any nation. From plenty of historical conflicts, one can deduce that there is no victory in war, rather there is humanitarian and material loss. Ultimately, when conflict is ripe and warring factions reach a mutually hurtful stalemate, they look for a peaceful solution to terminate the violence. Therefore, it is high time to realize that in this globalized world, cooperation and understanding the root causes of nuisance is the only way to progress.

Taliya Ejaz
The writer is a freelance columnist